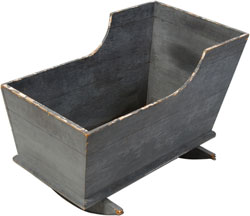 When Mary's baby was born
Calendars were renumbered
The heavens applauded
And a new star appeared in the sky.

The angels sang,
And shepherds came running into town.

When Mary's baby walked this earth
People came from miles around to sit at his feet
And hear the wisdom that could only come from God.

They brought the sick, the lame,
And those who were troubled
In their minds.

The winds and the seas had to obey him
Because he was Emmanuel, God with us.

Formidable demons trembled
And ran away screaming
When Mary's baby walked upon this earth.

When Mary's baby died,
Even the earth was grieved,
The sun hid its face and refused to shine,
And the ground staggered and lost its footing
(Some called it an earthquake.)

Graves opened up and saints walked around
While Roman soldiers
Confessed that Mary's baby, Jesus, was the Son of God.

But now,
Mary's baby lives again
And is seated in heaven.

Mary's baby lives again
And is praying for you.

Mary's baby lives again
And makes it possible for you to have joy!

Here is our 2022 candle-lighting liturgy for the Advent wreath that ties into our worship series, “An Advent Song of Ascents.". . .

For some of us Christmas can be a time of stress and anxiety. Joy and cheer sometimes are overwhelmed by sadness. Chuck talks about "Blue Christm. . .

Okay, 3 wise men, some cows, donkeys, and a few angels were all with baby Jesus at his birth, right? Think again!. . .