Discipleship Ministries | Why Palm/Passion Sunday and Not Just Palm…

Why Palm/Passion Sunday and Not Just Palm Sunday? 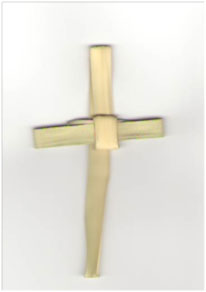 A blog article at Christian Century ("Against Passion Sunday") last week has prompted a variety of responses to the current practice of celebrating the last Sunday in Lent as Palm/Passion Sunday.

Many remember that these two events were not always part of the same day. Their memories are correct. Prior to Vatican II, it was typical practice to read a passion narrative on the Sunday prior, then celebrate Palm Sunday as a day in itself to kick off Holy Week. But beginning with the publication of the three-year Roman Catholic lectionary in 1969, followed by the ecumenical three-year lectionary and calendar projects that culminated in the Common Lectionary (1983) and the Revised Common Lectionary (1992), that changed.

Somehow, folks have gotten the notion that the primary reason this changed was a concern that people may not be likely to come to services on Good Friday where they would hear the entire Passion narrative. Low turnout, it is thought, prompted "the lectionary people," for convenience sake, to put the Passion narrative into Palm Sunday as well so that more people would have a chance to hear it.

Given the variety of folks who seem to say this, apparently that story has gone viral in number of circles.

I'm one of "the lectionary people," one of two official United Methodist representatives to the ecumenical Consultation on Common Texts (CCT) that created and continues to support the Revised Common Lectionary. Currently, I serve as CCT's secretary.

As one of "the lectionary people," I can tell you that's not why those who came before me did what they did. Not at all.

What was really at stake was a recovery of ancient Christian practice, not only of this Sunday, but of Lent itself, a recovery that was part and parcel of many findings of liturgical scholarship and ecumenical work beginning in the late nineteenth century.

The three-year Roman Catholic Lectionary (OLM, it's abbreviation in Latin) and revised liturgical calendar that came out of the reforms of Vatican II was the first significant flowering of recovery of Lent and Holy Week.

The recovery of Lent was not simply about re-syncing our current calendars with more ancient ones. Instead, it was primarily about recovering the church's mission of discipling people in the way of Jesus, and realigning our worship practices to support that mission.

That purpose became obscured by medieval innovations in the calendar and lectionaries that followed the demise of what had been the church's primary means of offering such intensive discipling -- the three-year (at least!) catechumenate. Lent formed the "home stretch" of final preparation of candidates for baptism after three years of learning how to pray, how to listen to and learn from Scripture, how to care for the poor, the sick, and the orphans, how to care for and advocate for the needs of older people, and how to overcome addictive patterns in their lives, among other things.

All of this ongoing training made sure candidates for baptism could respond to the baptismal questions with deep integrity. Those questions, in their most ancient form, were "Do you renounce Satan and all his works? Do you confess Jesus Christ as Savior and Lord?," and, through taking on the Apostles' Creed, "Do you entrust yourself fully to the Triune God and the church which confesses and lives by the grace and power of this God?" Our own baptismal covenant and vows have their origins in these ancient vows and practices.

But when the three-year catechumenate itself was first compressed to just these forty days (as early as 387 in Syria) and then all but disappeared entirely across most of the former Roman Empire by the sixth century, replaced by a hodge-podge of practices later known as "confirmation" with a focus more on doctrine than living the way of Jesus, the weeks of Lent started being used for another purpose-- a season of fasting and penitence with constant reminders of the suffering of Jesus along the way. This was fairly universally established in the West by the eighth century. In other words, Lent was no longer about discipling others in the way of Jesus, but rather about trying to discipline ourselves for our sins, if only for these forty days.

It was this medieval practice of Lent, disconnected from any serious effort to disciple newcomers or others in the way of Jesus, that continued to inform Lenten lectionaries and practices in the West until Vatican II.

Along with the publication of OLM by Roman Catholics (1969), and the subsequent ecumenical work (including Roman Catholics!) on the Common Lectionary (1983) and the Revised Common Lectionary (1992), serious ecumenical work to revive the practices of the catechumenate were also begun. Here, too, Rome has led the way to some degree, particularly in its publication of the Rite of Christian Initiation of Adults (RCIA) and many resources to support this, worldwide. Ecumenical work around this platform has continued to take place in North America through the North American Association for the Catechumenate (NAAC). For United Methodists, the fullest flowering of these efforts is Daniel Benedict's marvelous and practical book, Come to the Waters.

As a result of all this work by all these Christians, worldwide, over all this time, we are where we are now -- with a recovered Palm/Passion Sunday as the hinge between a recovered Lent and a more intense Holy Week.

Lent is a forty-day season of fasting and spiritual preparation intended to help congregations accompany candidates for baptism during a "home stretch" in practices, ritual and disciplines critical to living in the way of Jesus. Lent proper begins on Ash Wednesday. Lent proper ends on Palm/Passion Sunday, a day that in turn inaugurates Holy Week.

Holy Week is a time of more intense fasting, reading, and prayers in which we pay particular attention to the final days, suffering, and execution of Jesus. The readings in the Revised Common Lectionary for each day of this week (found in the United Methodist Book of Worship, the RCL online, the Vanderbilt Divinity Library, and on the Discipleship Ministries worship website) offer us readings from the Servant Songs of Isaiah, Hebrews, and the final week of Jesus in Jerusalem (Monday through Wednesday), then for the services of "The Three Days"-- Maundy Thursday (focus on footwashing and the new commandment, and not as much on the institution of the Lord's Supper), Good Friday (the passion from John's gospel, not the Seven Last Words, a medieval devotional practice), Holy Saturday (a service or vigil of silence, readings and prayer), and The Great Vigil of Easter (Saturday after sundown).

The Great Vigil is the first service of Easter, pulling out all the stops, with fire, word, bath and meal. It is at the Vigil, historically that candidates completing their three-year preparation cycle with this Lent would have been baptized -- and today, in many churches, including our own, are as well! After their baptism, they would receive -- indeed see!-- Holy Communion for the first time.

Lent and Holy Week are thus all about discipling people in the way of Jesus. During Lent, we focus on core stories and practices of Jesus' ministry. During Holy week, we focus intensely on his last days, his execution, his burial, and finally, with the Great Vigil, his resurrection.

Easter inaugurates another "week of weeks" (fifty days) devoted to preparing the whole church, including the newly baptized, to understand our teaching and ritual ("mystagogy"), but as importantly, to begin to discern and take up our ministries as Spirit-gifted members of the body of Christ, culminating in a commissioning to such ministries on Pentecost, the end of the Easter Season.

I'm grateful the questions are being asked again about the "creation" (but really, recovery!) of Palm/Passion Sunday.

What I hope is that we may all see how much richer our lives may be-- not only in worship but especially in our discipleship to Jesus-- if we take up the tasks that this apparently small (if to some uncomfortable) recovery of a more ancient liturgical calendar invites.

Hymns As Stations of the Cross

This resource is provided as a way of singing through the final hours leading up to Jesus' crucifixion. The passion comes alive through these car. . .

The Service of the Seven Last Words of Jesus Christ on the Cross (in Korean and English) by the Rev. Sang-Shin Han, Senior Pastor of Greenland UM. . .

All Glory, Laud, and Praise Ascribe