Discipleship Ministries | "There is a Balm in Gilead": Heal the World

Home Equipping Leaders African American "There is a Balm in Gilead": Heal the World

"There is a Balm in Gilead": Heal the World

There is a Balm in Gilead 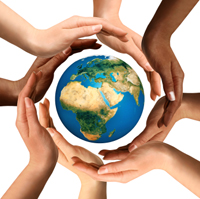 Healing is restoration of matter than has been damaged to normal function. In a human body, it is the process by which the cells regenerate and repair to reduce the size of a damaged or necrotic area. Healing incorporates both the removal of dead tissue and its replacement with new tissue.

Healing occurs when the dead areas of our lives are replaced with vital, living tissue. Regeneration and repair take place in order to bring a living organism back into balance. When John Wesley led a movement that reached the shores of this nation, it started with the Great Awakening, which carried the mandate of spreading scriptural holiness across the land.

The themes that I want to address in this sermon are:

When we consider our relationship with God and God’s dominion over us, we understand that our relationship with God iis the primary relationship in our lives. The reality is that all, even powerful nations, must surrender, obey and find meaning in the Absolute Life. The nation is not supreme; God is supreme. Our national conscience should not ever overwhelm our individual conscience. We should never be a cog in the wheel of political expediency. In fact, there are times when we are called to stand up and challenge power for the sake of healing.

The story of the ten lepers is actually cast in the context of nationalism, cultural domination, and exclusion. Lepers represented all persons who have been pushed to the margins of society. Jesus was scrutinized throughout his ministry for the company he kept. His critics were looking for openings through which they could criticize Jesus, focus in on the type of people he was willing to embrace. Jesus even surprises the lepers; because although they approached him for healing, they stood away from him, which was the custom in their society. They were people on the margins, and they knew their place.

The religious establishment was inviting Jesus to remain with the herd because his actions were threatening the homeostatic peace they were enjoying. Systems thinker Murray Bowen suggested that our peace-seeking, herd-mongering is actually a designed effort to avoid criticism by forming a protective shield against our anxiety. The herding mechanism is tied to this desire that we all have to be liked or to gain approval from others. But Jesus was not looking for approval. He was concerned with fulfilling the mandate for redemptive love and reconciliation. Jesus’ actions remind me of Martin Luther King, Jr.'s sermon at Riverside Church: “Beyond Vietnam: A Time to Break the Silence." King states:

Over the past two years, as I have moved to break the betrayal of my own silences and to speak from the burnings of my own heart, as I have called for radical departures from the destruction of Vietnam, many persons have questioned me about the wisdom of my path. At the heart of their concerns this query has often loomed large and loud: Why are you speaking about war, Dr. King? Why are you joining the voices of dissent? Peace and civil rights don't mix, they say. Aren't you hurting the cause of your people, they ask? And when I hear them, though I often understand the source of their concern, I am nevertheless greatly saddened, for such questions mean that the inquirers have not really known me, my commitment, or my calling. Indeed, their questions suggest that they do not know the world in which they live.

Dr. King challenged the idea of American exceptionalism, the notion that the United States has the right to dictate the course of international relations and maintained his conscienc.e even in the face of withering criticism.

I want to suggest to you that abused persons can grow accustomed to the situation of abuse. The lepers in the gospel story were so accustomed to living on the fringes of society and culture that they grew comfortable with their segregation, even when liberation had come. I can imagine that as they were healed of their leprosy there was great joy. But the one leper, a Samaritan, came back to the scene of his liberation in order to praise God for his deliverance. He prostrated himself before the feet of Jesus and thanked him for his healing liberation. Perhaps the other nine lepers thought that they were entitled to the healing and therefore did not count it necessary to thank Jesus for what he had done.

Those of us who live lives of entitlement and privilege should be challenged by the behavior of the lepers, the nine who went on their journey without saying thank you and the one Samaritan who did.

Those of us who live lives of entitlement and privilege should be challenged by the behavior of the lepers, the nine who went on their journey without saying thank you and the one Samaritan who did.

The late E. Stanley Jones, a preeminent evangelist of the twentieth century, wrote a devotional passage titled The Kingdom and Race. In it he shared these words:

Many of us have the religion of being white. Where there is a clash between the Kingdom of God and the Kingdom of Being White, we choose to act upon the fact of race. It is our god. We cannot live abundantly unless we offer our race on the altar of God. Then we can paraphrase Paul and say: He being in the form of the dominant race, counted it not a thing to be grasped at, but made himself of no reputation, and took on him the form of a servant and was made in the likeness of men…. therefore God has highly exalted him.

What E. Stanley Jones was suggesting is that if we are to be great, we must first humble ourselves and live the experience of the marginalized. Jesus’ life speaks to those who are on the fringes, locked out, segregated, or excluded. This is what makes the action of the Samaritan leper so poignant. Jesus’ call is to a repudiation of privilege for the liberation of the dispossessed. Where Jesus encounters the lost, the marginalized, the people on whom we have given up, he will leave those of us who are comfortable in order to take on the arduous task of including the lost one, the minority, and the dispossessed into community.

Jesus demonstrated responsiveness that allowed him to reach out to those who were marginalized and lost. When we consider the nine leapers who did not say thank you, it is a reminder that even those who are marginalized must overcome privilege and entitlement thinking.

I also want to suggest that some of us are fundamentalists and biblical literalists when it comes to the way we treat our environment. We have taken the charge in Genesis literally when it suggests that humanity is to "take dominion over the earth." Thus in the manufacturing of our military components and the deforestation of our lands, we destroy our planet. The drive for uncovering greater food sources and bio fuels all contribute to the destruction of our world. But I think that we have misread Genesis. It is not a call to domination; it is a call to stewardship over the land. We are called to be good stewards of the resources that we have been given. The way we treat our planet is central to this stewardship of Gods gifts. Perhaps our inability to be good stewards of what God gives us is reflected in the nine lepers who went away without thanking Jesus. It is our thinking that we own the world, we own the church, we own the town or the community, that makes us unresponsive to the gift and unable to fully appreciate what we have or share it with others.

Your faith, your attitude, your mindset has a great deal to do with your well-being. I want to suggest to you that the Samaritan left Jesus’ presence with a purpose. He had a direction for his life, and it was a healthy realization that God had given him something back: his dignity and his hope.

In your own life, it is important to take time for recreation and family. It is important to set aside time to be with loved ones in order to share and be loved. It is important to pay attention to your body and its need for rest, relaxation, exercise, and good nutrition. We need balance in our lives, and it is critical for our health to find it. Most people who find themselves on their deathbed do not wish that they had worked harder.

Steven Covey developed a matrix for time management that I think speaks to us as we think about the health of our lives. View the matrix here: http://www.orgcoach.net/timematrix.html. Take a look at it, and you will note that Covey challenges us to think about where we are spending the majority of our time. Are we spending it on urgent or non-urgent matters? Are we making time for what is important? I want to suggest that the quadrant in which you spend most of your time will correlate to the status of your well-being.

The lepers must have all been happy to experience healing from Jesus. But it was the one, the Samaritan, the despised one, who came back and made time for relationship building. The Samaritan had some vision and perspective. He had balance and control and was set on the course toward his destiny. He was not merely surviving; he was living. The Samaritan experienced the healing balm, and it set him free.

I remember visiting a Religious Supply store where I saw a robe that I really liked. The store manager told me that I could try it on, and I did. She noted that the robe had bars symbolizing the achievement of a doctorate degree. I informed her, "I could wear it well and could back it up."

This is Jesus' word to you today about your call to ministry: By the grace of God you have been healed, restored, and enabled to live out God’s call on your life!

You can wear it well and back it up!

The revised edition of this excellent guide includes a new chapter on “Capital and Smaller Campaigns.” The first edition was a classic in church . . .

History of Hymns: "He Rose"

He Rose African-American SpiritualUnited Methodist Hymnal, 316 Growing up in a black Catholic church in South Louisiana, I found Easter Sunday to. . .

History of Hymns: "He Never Said a Mumbalin’ Word"

He Never Said a Mumbalin’ Word African American Spiritual;The United Methodist Hymnal, No. 291. The life of Jesus is one of the most prominent th. . .