Discipleship Ministries | The Gift of the Universe

Home Worship Planning Music Resources The Gift of the Universe

The Gift of the Universe 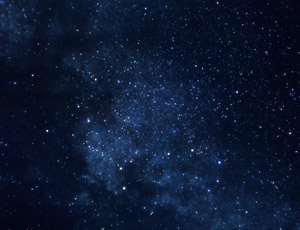 A colleague in ministry once asked me, “Dick, if you hadn’t become a minister, what would you have liked to do?” Without hesitation I replied: “An astronomer. I would have loved to have been an astronomer.” My colleague didn’t seem surprised, but was curious about where that had come from. So, I shared this story.

It was August. I was nine or ten years old. Dad was at work - the night shift at GE. Dinner was done and cleaned up, and it was bedtime. But, instead of telling me to get ready for bed, Mom said, “Come on, Richard, let’s go out and see if we can see the shooting stars.” She grabbed a blanket, we went to the side yard, spread out the blanket away from the trees, and we lay down on our backs to see the whole night sky above us. The moon was in its dark phase. The Milky Way was visible in all its magnificence. We waited and we talked. She told of seeing Halley’s Comet when she was little. She’d been afraid, as were many, because that passage had been so very close that the comet was visible in the daylight, and the earth was passing through the comet’s tail. “There’s one!” Periodically Mom’s stories would be interrupted by a shooting star - so beautiful in the dark August sky! Much later in life, I would realize that my Mother had given me the gift of the universe. It is a gift that nurtures and shapes me still.

What it has given me is a reference point. In life and ministry, it has reminded me that I am not the center; we are not the center. When cameras are sent into space, they reveal no national borders, no states, no ethnicities - just a beautiful blue orb in a vast universe - a place where we are privileged to live. “When I look at your heavens, the work of your fingers, the moon and the stars that you have established; what are human beings that you are mindful of them, mortals that you care for them?” [Psalm 8:3-4] When I look into the night sky, I realize that: “The heavens are telling the glory of God; and the firmament proclaims his handiwork" [Psalm 19:1].

In some respects, it is ironic that I should receive the gift of the universe from my mother. She was raised in a family that was, well, complicated. Her formal education was modest at best. Expectations and opportunities for women in that era were narrow and limited. Yet, somewhere along the way she found the capacity to look beyond her situation in life - and, one special time, wanted to go out into the side yard and show her son the vastness of the universe.

There have been special times like that since: walking across the field at Geneva Point in New Hampshire and seeing a meteor streaking across the breath of the visible sky; waiting to welcome my son and his family upon their completion of the Appalachian Trail under the canopy of a star-studded heaven, filled with a glory that is visible in few places like it is in the wilderness of northern Maine; standing at East Beach in Westport, MA, to see for myself the Halley’s Comet that my mother had seen 76 years before. Each time I was filled with a gratitude that I don’t really have words to express. Each time, I felt myself being drawn closer to God. Each time, I saw a glory beyond words. Each time, I saw myself as a part of something larger than myself. Each time, I remember that magical August night so long ago when my mother gave me the gift of the universe.

Please see the Christmas hymn: "Through the Universe, a Story"