Discipleship Ministries | History of Hymns: "Rise to Greet the Sun"

Home History of Hymns: "Rise to Greet the Sun"

History of Hymns: "Rise to Greet the Sun" 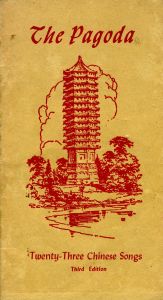 "Rise to Greet the Sun"
Tzu-ch’en Chao; trans. by Mildred and Bliss Wiant
The United Methodist Hymnal, No. 678

Rise to greet the sun,
reddening in the sky,
warrior-like and strong,
comely as a groom.
birds pass high in flight,
fragrant flowers now bloom;
with the gracious light,
I my toil resume.*

The collaboration between an American missionary couple and a Chinese theologian led to the hymn “Rise to greet the sun.”

Chao Tzu-ch’en (1888-1979) was a leading 20th-century Chinese theologian. He was educated at Soochow University (B.S.) and Vanderbilt University (M.A. and B.D.) and was ecumenically active, attending the interdenominational Missionary Councils in Jerusalem in 1928 and Madras (now Chennai, India) in 1939, where he delivered a major address.

Chao was elected a vice-president of the World Council of Churches in 1948 and served as dean of the School of Religion at Yenching University (1928-1953). He suffered persecution when the Communists reorganized the school in 1948 after assuming power. He published 50 hymns in Hymns for the People (1951).

Bliss (1895-1975) and Mildred (1898-2001) Wiant were American music missionaries of the Methodist Episcopal Church. They served in Peking, China, where Bliss was head of the music department at Yenching University and later as a professor at Chung Chi College, Chinese University, Hong Kong. He was musical editor of the first edition of Hymns of Universal Praise (1936), a joint project of several denominations, and along with his wife translated many Chinese hymns into English.

This watershed hymnal, now in its third edition, contained not only 400 western hymns in translation but also included 62 hymn texts by Chinese Christians and 72 tunes of Chinese origin or by Chinese composers. “Rise to Greet the Sun,” a pentatonic (five-tone) tune by Hu Te-ai (born c. 1900), first appeared in Hymns of Universal Praise.

Leaving for China in 1923, the Wiants were forced to depart in 1940 to avoid internment by the Japanese, but returned and lived there from 1948 to 1951, until the Communist revolution prevented them from continuing their work.

The Wiants were at the vanguard of missionaries who appreciated and promoted Chinese hymnody in the U.S., especially in the publication of The Pagoda (1946). In addition to the 13 Chinese folk tunes, five additional original tunes by Chinese composers were included, as well as two tunes of Confusion and Buddhist origins. Seven texts are by the Wiants’ close friend T. C. (Tze-chen) Chao. Most texts were translated by the Wiants, with Bliss providing all the musical arrangements.

The first stanza of the hymn paints a beautiful picture of the rising sun, ascribing anthropomorphic characteristics to it: “warrior-like and strong, comely as a groom.” It is under this powerful light that birds fly, flowers thrive and we toil.

As the day begins, the singer prays for safety and faithful “conduct.” The Asian cultural perspective comes through as the singer prays both to “venerat[e] age and teach . . . youth” as appropriate service.

The final stanza asks for God to bless the day. By trusting Jesus, the singer will be “freed from ill [under] fair blue sk[ies].” God will supply the simple things—a “cotton coat” and “plain food”—satisfying “all my countless needs.”

This hymn, a legacy from the partnership between a Chinese theologian and sensitive missionaries from the U.S., is an important part of our Christian heritage in song. Its message reorients our perspective from captivity to things to a life of simplicity and trust in God.

*©1965 by Bliss Wiant. All rights reserved. Used by permission.