Discipleship Ministries | History of Hymns: “O Thou Who Camest from…

History of Hymns: “O Thou Who Camest from Above” 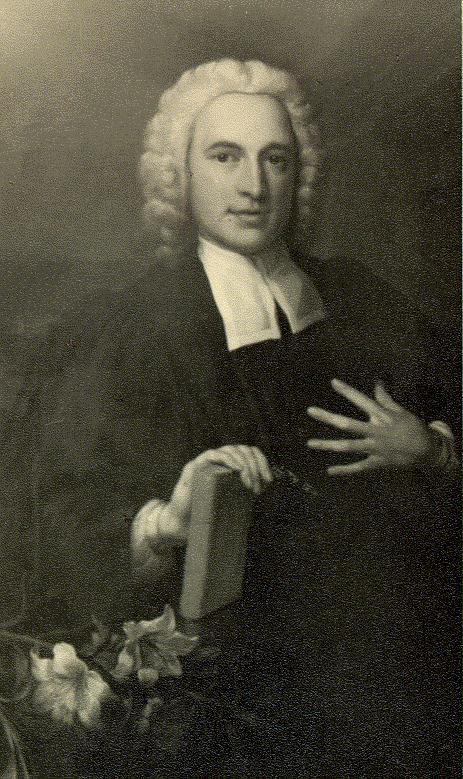 “O Thou Who Camest from Above,” by Charles Wesley;

The United Methodist Hymnal, No. 501

O Thou who camest from above,
the pure celestial fire to impart,
kindle a flame of sacred love
upon the mean altar of my heart.

“O Thou Who Camest from Above” was published by Charles Wesley (1707-1788) in Short Hymns on Select Passages of the Holy Scriptures in 1762. It is the fourth in a series of twenty-one hymns written on Leviticus. John Wesley edited the hymn in 1780 for Collection of Hymns for the Use of the People Called Methodists. Though the hymn appears in well over 100 collections, the text in the second stanza, “There let it for thy glory burn with inextinguishable blaze,” is said to be the reason this hymn was not used in many collections. John Wesley edited the line to read, “There let it for thy glory burn with ever bright undying blaze.”

Bishop E. H. Bickersteth, in his Hymnal Companion, edited the line to read “There let it for Thy glory burn unquenched, undimmed in darkest days”, with the following statement:

The Editor believes that this admirable hymn would have been far more popular if it had not been for the very long word “inextinguishable.” Words of five syllables must be admitted into hymns sparingly; but for a whole congregation to be poised on six, practically leads to a hymn being passed by. It is hoped that the line given in the text, which only paraphrases the same thought, will be allowed (“Notes,” Hymnary.org).

This hymn uses the passage from Leviticus 6:13, “The fire shall ever be burning upon the altar, it shall never go out” (KJV). This passage is the Lord speaking to Moses to command Aaron and his sons about the ritual of the burnt offering. From verse 8 though verse 13, it is repeated three times that the fire on the altar for the burning of offerings shall be kept burning. Verse 13 is “A perpetual fire shall be kept burning on the altar; it shall not go out” (NRSV).

In Protestant worship settings, there is often an “eternal flame” in the chancel area near the Communion Table. We do not have an “altar” for sacrifices; we have a Table where we celebrate Jesus, who “gave himself up for us.” And then we “offer ourselves…as a holy and living sacrifice” as we give thanks over the bread and the cup:

And so, in remembrance of these your mighty acts in Jesus Christ, we offer ourselves in praise and thanksgiving, as a holy and living sacrifice, in union with Christ’s offering for us, as we proclaim the mystery of faith (The United Methodist Hymnal, 10).

John Wesley’s “Aldersgate experience” in 1738 gave him a faith in the Christ who came from above to impart the celestial fire, the one who would kindle a flame in the “altar of my heart.” (http://www.umc.org/who-we-are/transcript-how-aldersgate-changed-john-wesley). Charles’s words “inextinguishable blaze” might not be easy to sing; but in fact, the flame he was speaking of in the heart never goes out when it keeps returning to its source in “humble prayer and fervent praise.” Could it be that John Wesley was applying his “heart-warming” experience from Aldersgate to the words in this text?

As Jesus is named in the third stanza, we realize these words are about the Christ who gave himself for us. The words ask Jesus to “confirm my heart’s desire to work, and speak, and think for thee.” Let us keep this fire within and let it ignite the gifts within us to serve.

The text in the fourth stanza includes, “my acts of faith and love” repeated until my dying day will “make the sacrifice complete”; that is, the sacrifice of Jesus and our sacrifices of service or our “living sacrifice” on behalf of Christ are our responses to Jesus and a testimony to our faith.

Franz Hildebrandt and Oliver A. Beckerlegge comment on the several scripture passages used throughout this hymn, in addition to Leviticus 6:13 in stanza 2:

In his Sketch of Mr. Wesley's Character (1791) Samuel Bradburn reported: 'He told me, when with him in Yorkshire in the year 1781, that his experience might almost any time be found in the following lines' --i.e. 1-8 of this hymn. A similar tradition has it that the ageing John Wesley quoted lines 9-16 as his answer when in a class meeting he was asked to speak about his own state of sanctification (Mouzon, 1923, 68; cited in Wesley, 1983, 473-474).

Carlton R. Young quotes Hildebrandt and Beckerlegge in his Companion to The United Methodist Hymnal:

This hymn is the perfect description of “inward religion” as distinct from “formal,” yet it appears in the section “For Believers Working.” It should not be forgotten that the early Methodist Conferences were “Conversations about the work of God,” not the work of man for God! The flame of faith can be lit only from outside and above—it is the gift of the Holy Spirit. Christ is the subject and agent (Wesley, 1983, 474; cited in Young, 1993, 533).

The composer of the tune HEREFORD, Samuel Sebastian Wesley (1810-1876), was the son of Samuel, Charles’s son. He was a famous performer and composer of hymn tunes, church services, works for organ, anthems, and two psalm settings (Young, 1993, 855-856).

The tune HEREFORD was first included in Samuel Wesley’s European Psalmist, 1872, a collection of hymn tunes, anthems, and service music. (Young, 1993, 534). This tune is named for Hereford Cathedral where Samuel Wesley served as organist up to his death.

Charles Wesley, 1707-1788, the great hymn writer of the Wesley family, is said to have written over 8900 hymns or poems (Dudley-Smith, Canterbury Dictionary). Charles Wesley was the youngest son and the eighteenth child of Samuel and Susanna Wesley, born at Epworth Rectory on December 18, 1707 (“Charles Wesley,” Hymnary.org). Charles and his brother, John, became known as the “Oxford Methodists,” as they set about to reform the Church of England.

Hildebrandt, Franz and Oliver A. Beckerlegge, eds., with the assistance of James Dale. The Works of John Wesley. Vol. 7: A Collection of Hymns for the Use of the People called Methodists, ed. New York: Oxford Univ. Press, 1983.

Rev. Dr. Norma Lee Kerns Barnhart is an artist, theologian, preacher, teacher, and leader of retreat ministry who is retired from United Methodist Pastorate in Northern Illinois Conference after 24 years, and from Music Ministry at Chicago Temple First UMC after 13 years. Norma Lives in Chicago and Rockford, Illinois.

This article is provided as a collaboration between Discipleship Ministries and The Fellowship of United Methodists in Music and Worship Arts. For more information about The Fellowship, visit UMFellowship.org/Hymns.

Can you picture the excitement of this scene? Jesus enters Jerusalem on a donkey with crowds of people shouting “Hosanna.” Matthew also tells us . . .

History of Hymns: 'Child of Blessing, Child of Promise'

Written by Ronald S. Cole-Turner (b. 1948), “Child of blessing, Child of Promise” is a hymn often sung in preparation for or as a response to the. . .

History of Hymns: 'Hallelujah! What a Savior'

Christianity is, among many things, a faith of paradox—the paradox of the Incarnation that the God of the universe would take on human form in a . . .