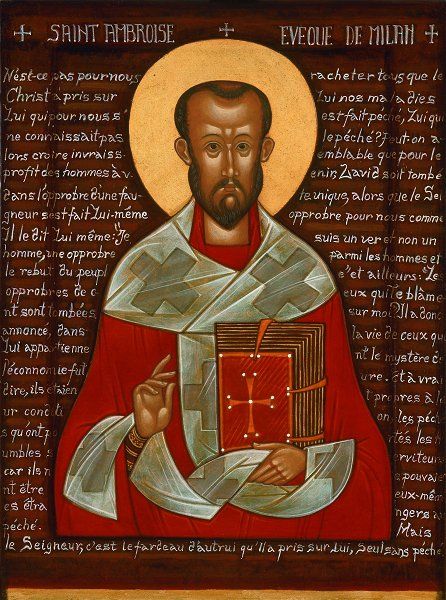 The United Methodist Hymnal, No. 679

Combating heresy often serves as an impetus for Christian hymnody. Such polemical hymns include, for example, “Of the Father’s Love Begotten” (The UM Hymnal, N0. 184) written by the Spanish jurist Aurelius Clemens Prudentius (c. 348-c.413) to combat Arianism, a major heresy prevalent at the time of the Council of Nicea (C.E. 325). (See umcdiscipleship.org/resources/history-of-hymns-of-the-fathers-love-begotten) Centuries later, “The Church’s One Foundation” (1866), was composed by English curate Samuel John Stone (1839-1900) to speak out against the new methods of biblical inquiry that have since become widely accepted. (See umcdiscipleship.org/resources/history-of-hymns-the-churchs-one-foundation)

A constellation of hymnological narratives surrounds the musical activity of Ambrose, bishop of Milan (c.340-397) during the second half of the 4th century. Besides being a mentor to Augustine of Hippo (354-430), Ambrose was a savvy political advocate for the burgeoning Christian faith within the Roman Empire, and composed songs to combat several different heresies in his time, such as Arianism, a doctrine first attributed to Arius (256-336) in the early centuries of Christianity that subordinated Christ, born at a specific time, to God, the Father. Even so, it remains difficult to prove or disprove how much of the hymnody attributed to him was in fact his own. In fact, “of the near 100 hymns attributed to Ambrose, only four can be proved as his” (Eskew and McElrath, 86).

Nevertheless, the small number hymns written by Ambrose himself does not take away from his significant contributions to the development of Western hymnody, contributions which earned him the title of “Father of Latin Hymnody” (Hoppin, 35). Thus, the term “Ambrosian hymnody” applies to most hymns in Long Meter of his time and place, a meter which he established for himself and for the many imitators and disciples connected to him (Eskew and McElrath 1995, 86). Music, Price and Reynolds argue that

Texts that follow the Ambrosian pattern and remain in use include Splendor paternae gloriae (. . .) These poems deal with fundamental Christian teachings are dignified, yet simple, language in the Latin originals and make use of the expressions of the people for whom they were written. In contrast to the irregular prose of the psalms, Ambrosian hymns appeared in a metrical form that facilitated their use as congregational songs. The hymns contained several stanzas with each stanza having four lines of eight syllables in iambic meter. This was similar to the Long Meter hymn form that became, centuries later, one of the basic hymnic meters. (Music, Price and Reynolds, 12)

It is difficult to ascertain exactly why Ambrose and his collaborators shifted towards the use of regular verse arranged in the fashion described here, instead of simply adhering to the irregular psalmody current in their day. One possible explanation is that, in the midst of controversy, the combination of novelty and accessibility showcased by these hymns allowed Ambrose to wield hymnody as a theological defense against heresy; a similar argument has been made, for instance, for the hymnody surrounding the Reformation of the 16th century (see, for instance, Oettinger’s Music as Propaganda in the German Reformation [2001]).

In any case, “O Splendor of God’s Glory Bright,” also known as “O Splendor of the Father’s light,” is the English translation of Ambrose’s “Splendor paternae gloriae.” The hymn falls within the tradition of morning and evening hymns (see “The Day is Past and Over”, The UM Hymnal, No. 683). It is “addressed especially to Christ as the Light of the world, it asks for divine guidance throughout the day” (Eskew and McElrath, 87). 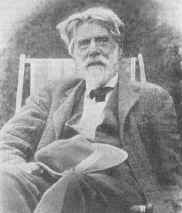 The translation of “O Splendor of God’s Glory Bright” is by physician Robert Bridges (1844-1930), one of many hymns proposed by Bridges and several of his contemporaries as an alternative to what they considered unsatisfactory hymnody of the late Victorian period in England. Eskew and McElrath describe how “in 1899, Bridges prepared the Yattendon Hymnal (1889), seen as an alternative to and higher quality hymnal than the earlier Hymns Ancient and Modern (1861). The Yattendon Hymnal championed the restoration of old metrical psalm, chorale, and plainsong tunes.” Faced with the challenge of supplying adequate English translations of these old metrical psalms, chorales, and Latin tunes, Bridges “found he had to make new translations or create completely new texts” (Eskew and McElrath, 161).

Bridges was, according to eminent hymnologist Erik Routley (1917-1982), “a superb metrist and also a cultivated musician.” Because of his mastery of the English language and his talent for verse, “he was uniquely equipped to give [offer these new translations] since (. . .) he could provide that text.” Thus, the Yattendon Hymnal does more than simply offer an alternative to what he saw as bland singing, because it “set a new standard of text writing and tune-choosing; his book contains only one or two newly composed tunes, being almost entirely constructed by the pairing of fine but forgotten tunes with appropriate words, new or old” (Routley 1981, 140A-B).

In The United Methodist Hymnal, “O Splendor of God’s Glory Bright” is paired with WAREHAM (also know as WARHAM in some sources). This tune is almost certainly attributed to William Knapp (ca. 1698-1768), a parish clerk at Poole Church in Dorset. Knapp was “a typical specimen of the new breed of self-appointed country singing teachers who had little or no formal training in music” (Glover, v.1, 361). As these singing teachers were not usually equipped to harmonize their tunes, the version of WAREHAM and other tunes by country singing teachers we find in contemporary hymnals are often later versions, harmonized and/or adapted by others. It must also be pointed out that the books organized by these teachers were a mix of original material and tunes collected from different sources. Nevertheless, Knapp’s WAREHAM “has not been found in any earlier source and we may presume it is his own” (Glover, v.2, 500). Routley argues that

WAREHAM as proved to be one of the most popular tunes in the English Long Metre repertory—understandably and deservedly. Its movement is very regular, using only once a movement by leap, but having a very engaging shapeline. It is popular because it is supremely easy to sing. Later (1754) Knapp brought out another collection in which he included this in duple time, but this was not, by general consent, considered an improvement” (Routley 1981, 70B).

The Christian tradition of morning and evening hymns customarily gravitates around prayers for God’s guidance and protection throughout the day or night. In the case of this hymn, these prayers gather around the theme of light, and move from the Son, Jesus Christ—considered here the Light of the World—to the Father who sends the light and from whom all blessings flow, with a passing mention of the Spirit, the third person of the Godhead, in the second stanza. This “theological organization” of the Trinity points, once again, to Ambrose’s goal of theological education in his hymns. The prayers directed towards Father, Son, and Holy Spirit are for illumination, sanctification, protection from sin, and guidance throughout the day’s decisions and interactions with others. These requests, paired with the well-organized and heartfelt melody of WAREHAM, create a sung prayer of unique character and flow. While the organization of the words in Long Meter makes it simple reading for those unfamiliar with the text, the tune’s development is unique in its variety. As the melody comes to its conclusion, it moves up towards a higher melodic range, emphasizing the “upwards” character of the morning prayer.

History of Hymns: 'The First Noel'

This Epiphany carol raises several questions. First, “What is a carol?” While the majority of carols are associated with Christmas, the folk caro. . .

History of Hymns: 'Praise God, from Whom All Blessings Flow'

Born in Hertfordshire, Bishop Thomas Ken (1637–1711) was orphaned as a child and raised by his sister Anna and her husband Izaak Walton. They enr. . .

History of Hymns: 'Jesus! the Name High Over All'

When considering the hymns of Charles Wesley (1707–1788)—author of some 6,500 hymns—it is not always possible to determine the impetus behind eac. . .