Charles Wesley in Contemporary Study: Wesley and the Methodists 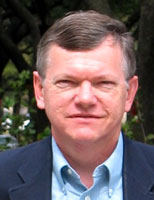 But before we get to new material, let me offer you some of the standard warnings from the offset, especially if you’re beginning the study of Charles Wesley.

Moreover, and this is not a warning but just a notice about earlier scholarship, the standard edition of poetry by John as well as Charles Wesley prior to the twentieth century was that of George Osborn:

The Osborn edition does not distinguish between works of Charles Wesley and John Wesley, but it is often cited as a baseline in Charles Wesley research. It also incudes a massive collection of hymns and poems on New Testament scriptures, beginning with Matthew and going through the Revelation, that was never published in the Wesleys’ lifetime and in fact has never been published since Osborn’s edition.

One of the projects of the Charles Wesley Society has been to offer facsimile reproductions of original Charles Wesley collections of poetry. Readers of these reproductions have to beware of the eighteenth-century long form of the letter “s”: it looks like “ſ,” as in, “Praiſe the Lord!” One little trick to be aware of in scholarship about John and Charles Wesley is that in searching digital versions of eighteenth-century printed texts for the name “Wesley,” it’s often possible to find references by entering “Wefley” with the incorrect letter “f” since OCR (optical character recognition) software almost always reads the long “s” form as "f." Some eighteenth-century texts also utilize the now-disused letter called the thorn, which looks identical to our letter “y” but which represents the “th” sound; thus “ye,” pronounced and correctly transliterated as “the” (and not to be confused with “ye” as the second-person objective pronoun, pronounced and transliterated as “ye”).

PDF reproductions of almost all of the original Charles Wesley poetry collections are now available on the website of the Center for Studies in the Wesleyan Tradition at Duke Divinity School (http://divinity.duke.edu/initiatives-centers/cswt/). In addition, this website also has critical editions of some unpublished poetry of Charles Wesley, and other research materials such as listings of hymns known to have been composed by John [sic] Wesley.

In addition to reprint editions, scholars have produces a number of critical contemporary editions of Charles Wesley materials in recent decades. Some of these editions are as follows.

One of the most challenging newer studies of Charles Wesley is that of Gareth Lloyd, Charles Wesley and the Struggle for Methodist Identity (Oxford: Oxford University Press, 2007). In this work, Lloyd has probed the rift between Charles and John Wesley that began around 1756 when Charles refused to itinerate as John wished him to do. Lloyd shows how very deep this rift was, and how it was patched-over by subsequent Methodist historians to give the appearance of unity between the two brothers. His work shows that Charles Wesley led what was in effect a separate continuing branch of the Wesleyan movement, a group Lloyd identifies as “Church Methodists,” who elected to remain in canonical conformity to the Church of England and who did not engage in itinerant preaching. By contrast, Lloyd’s work shows how separatist—almost sectarian—John Wesley was becoming in the 1760s and beyond.

Finally, I mention a more interpretive contemporary work, S T Kimbrough, Jr.’s study of The Lyrical Theology of Charles Wesley: A Reader (Eugene, Oregon: Cascade Books, 2011). Although the second part of the work is a reader in Charles Wesley texts laid out in a classic ordo of systematic theology and of Methodist hymn collections, the first half of the work is a sustained essay on the contemporary theological relevance of Charles Wesley’s verse, including Kimbrough’s analysis and defense of “lyrical theology.”

Folks in historic Wesleyan communities, and especially those of us involved in the work of interpreting Wesleyan cultures, are deeply indebted to this new outpouring of Charles Wesley scholarship. I heartily commend it to readers of Catalyst, and hope that some of you will offer fresh contributions to this stream of interpretation.

Reprinted from Catalyst 40, no. 1 (2013): 3-5; online: http://www.catalystresources.org/charles-wesley-in-contemporary-study. Used with permission.