Home Blog Why People are watching Netflix’s 13 Reasons Why

Why People are watching Netflix’s 13 Reasons Why 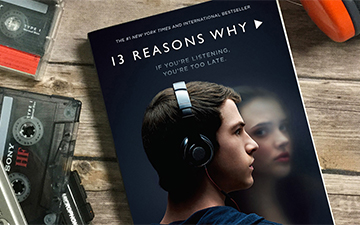 Do you remember your most embarrassing moment in high school? The one that you would never do again and you hoped would remain secret for all time? Imagine if someone had taken a picture of that moment and gave it to all your friends. How would your life have changed?

That’s the premise of Netflix’s newest hit among youth, 13 Reasons Why, which explores the modern-day reality of high school life, where an innocent picture can be turned into a weapon to stigmatize and bully through the use of social media.

The story revolves around Hannah Baker, who through a series of audiotapes she recorded before she died, identifies thirteen experiences with her classmates that led her to make the decision to commit suicide. Each episode is devoted to each experience that led her to take her life and pinpoints what each person did to Hannah to destroy her sense of self.

Central to the story is the way Hannah’s reputation was destroyed by a group of boys who posted suggestive pictures of her on their social media accounts As a new girl in the school, she had little defense against those who portrayed her in such a negative light.

What is most disturbing about 13 Reasons Why is how it portrays the adults in Hannah’s life who missed the clues to her distress. Teachers, the school counselor, and her parents did not understand the depth of her feelings. Most heartbreaking is seeing her devastated parents wrestle with their loss, wondering why such a terrible thing had happened.

The show has generated a lot of criticism, especially from suicide prevention groups who are concerned that the portrayal of suicide in the the show does more harm than good. While others have taken the series to task as glamorizing suicide or not addressing the mental health issues that surround suicide, there is no denying that it brings many critical issues to light from bullying to sexting, to intoxication to sexual assault --issues that are seen on the front pages of our news way too often.

The reality that underlies the show is staggering. Suicide is the second leading cause of death for youth ages 12-18. More teenagers died from suicide than from cancer, hearth disease, AIDS, birth defects, stoke, pneumonia, influenza, and chronic lung disease combined. An average of 5,240 suicide attempts a day are made by youth, ages 7 to 12.

If you decide to watch 13 Reasons Why, be aware that it offers a troubling look at the way a young person has experienced life. It is raw, it is brutal, and definitely not for family viewing. But the power of the story lies in the way it challenges us to look at the way we encounter teens and young adults in our lives. Are we really listening? Do we fully understand the impact technology and social media have on the way youth form their identities? Do we share our faith in a way that makes a convicting argument for the sanctity of life and the presence of hope as found in Jesus Christ?

The show concludes with a follow-up conversation with the cast and producers of the show who share their insights about the importance of addressing the issues raised in the series. These are issues that we in the church also need to confront as the lives of our youth and young adults are shaped by the world in which they live.

How are we addressing the issue of suicide in our local church?
How is this more than merely a “youth” issue?
How does what we watch on Netflix or HBO and similar sites shape our values?
How does our faith give us hope for the future?
How do we forgive in the midst of grief?

Young people is not the only group prone to suicide. In Boomer Spirituality: Seven Values for the Second Half of Life by Craig Kennet Miller, a chapter on "Loneliness" highlights the issue of the growing number of suicides among men in their fifties and sixties. Hit especially hard by divorce and loss of jobs, Boomer men are more likely to take their lives than their parent's generation.

Young people is not the only group prone to suicide. In ema hrefhttpwww.boomerspirituality.orgBoomer Spirituality Seven Values for the Second Half of Lifeaemby Craig Kennet Miller, a chapter on Loneliness highlights the issue of the growing number of suicides among men in their fifties and sixties. Hit especially hard by divorce and loss of jobs, Boomer men are more likely to take their lives than their parents generation.

Hope and Self-Acceptance: An Additional Module Related to Teens and Suicide

iKids: Parenting in the Digital Age by Craig Kennet Miller

Boomer Spirituality: Seven Values for the Second Half of Life by Craig Kennet Miller

For every individual diagnosed with Alzheimer’s Disease, an entire family is affected. Today, we light candles to honor the journey of all who ar. . .

How to Write your Spiritual Memoir

Spiritual autobiographies can be a wonderful ministry tool with baby boomers and older adults who are thinking about their legacy and purpose in . . .