As I write this, I am on day two of a four-day trip to Iowa, doing five workshops on stewardship in the local church in five towns across the state. I’m hosted in the home of some friends, who have a lovely upstairs guest suite, with a great bedroom and bath all to myself. Life is good. 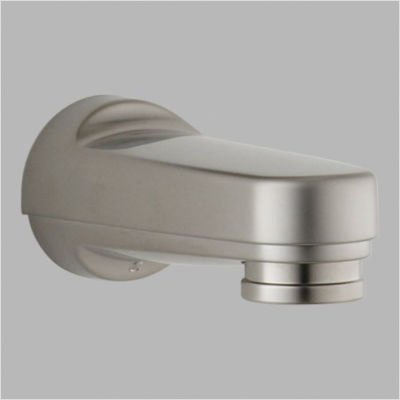 So this morning, I got up early, went in to take a shower, and I couldn’t for the life of me figure out how the tub-shower works. Turning the water on was fine, but how could I get the water to come out of the showerhead instead of the tub spout? I looked everywhere and couldn’t see anything that would make that happen!

“Those darn engineers! Why can’t they stop messing with things and just leave it the way it’s always been!”

And I will admit, there is a little ego involved here. Traveling a good bit, I probably stay in hotel rooms 50 nights a year, sometimes outside the country; and I am always able to (eventually) get the shower to come on. I pride myself on being a “handy” person — it is an important image to maintain when you spend as much on tools as I do. So yes, it is a little embarrassing to say to my hosts, “No, I haven’t showered because I couldn’t figure out how to make the water come out of the showerhead.”

So there I was, grumbling under my breath about the engineers who feel the need to keep changing things all the time, can’t just leave things the way they were, the way it was familiar to me. All of a sudden, I caught myself and said, “Whoa, there it is — the fear of change!” I will talk about this at least once in each of the five workshops I do over the next few days, and I’ve been saying it for years: “If the church is going to thrive, we know we need to let go of our desire to keep things ‘the way they’ve always been’ and do some things differently!”

It seems to me that the hardest part of being innovative is not coming up with new ideas and ways of doing things, as much as being able to let go of things we’ve done the same way that just feel so comfortable. It’s less about saying hello to the new way of doing things and much more our about hesitancy to say goodbye to things we done one way that are no longer giving us the best results.

So did I get my shower? Well, after not coming up with the answer on my own, I embraced the problem-solving tool of the 21st century: I Googled. And the first link I clicked on had the question on the exact Delta Faucet hardware that had been frustrating me. Going back 8-10 years, people had been trying to figure it out, and I finally came to the answer. On the tub spout, there is a ring right at the end of the spout that acts as the “diverter,” and when you pull it down, the water goes up to the showerhead!

So, yes, I’m now squeaky clean, and ready to do my workshops about being open to change and doing things a new way.

With my apologies to the engineers…