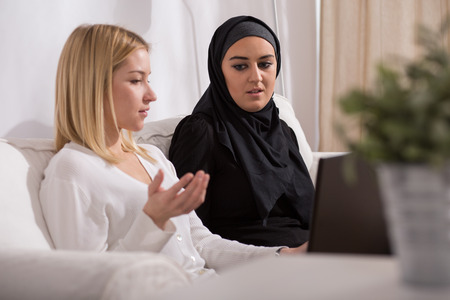 Are you guilty of stereotyping?

You’re likely to believe you’re not guilty. Here’s the stark reality: You are guilty! Even if you try to avoid having any prejudices, you can’t help it; you will have some. Think back to elementary school. (I know that’s a long way back for a lot of us.) You’re likely to remember the saying, “Girls rule and boy’s drool” or some version of that. From my sociology classes (Look mom and dad, my degree is coming in handy!), I learned that we are all wired with the belief that our tribe is better than another. We make sense of the world, as best we can, based on our limited experiences.

As Christena Cleveland observes in Disunity in Christ, “Group memberships based on ethnicity, political affiliation and so forth are not bad per se. In fact, they can be quite useful. The problem is that, if we place too much value in them, they can prevent us from finding our identity in grander, far more important groups” (108).

The trouble with stereotyping is when we draw conclusions about a group of people based on untruths or partial truths. For example: All men like sports cars, are handy with tools, and love to eat meat and potatoes. Based on those characteristics, I would no longer qualify as being a man (depending on your definition of “handy”)!

It might come as a shock, but even Jesus seems guilty of stereotyping. Notice Jesus’ response to the Canaanite woman in Matthew 15:21-28. At first Jesus won’t even respond to her. Then Jesus refers to her as a “dog”! (He does, however, in the end exalt her faith, which served as a slap in the face to Israelites.) In Jesus’ day there was a clear boundary between us (Jews) and them (Gentiles). As part of Jesus’ announcement and vision for the Kingdom of God, Jesus confronted and challenged stereotyping: racism (Luke 10:25-37); attitudes toward the poor (Matthew 5), demon possessed (Matthew 12:28), women (John 4), the rich (Zacchaeus in Luke 19:1-10), and Gentiles (Luke 7:1-10). Obviously, many more examples could be cited. Jesus transcends the stereotyping and invites his followers to participate in ways that were shocking at the time. Paul scandalously announced, “There is neither Jew nor Greek, there is neither slave nor free, there is no male and female, for you all are one in Christ Jesus” (Galatians 3:28, ESV).1

Included in Jesus’ declaration in Matthew 3:2, “Repent for the kingdom of heaven is at hand,” is the idea that repentance is more than a one-time activity. Repentance is ongoing. As we grow in our discipleship and grow to new heights in our relationship with God, we learn just how deep the stain of sin is on our souls and how much more there is to God’s sanctifying grace.

The main purpose of holding Courageous Conversations is to position participants for deep learning. This learning facilitates an awareness of our limited perspectives and to reflect on ways we as disciples can better live into our identity as citizens of God’s Kingdom.