Discipleship Ministries | It's Not About Me

Home Blog It's Not About Me

It's Not About Me 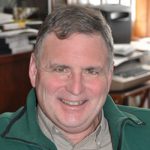 If you have served a church, whether it was planting a new church or serving one that has been around for more than 150 years, you want to leave a legacy as a leader who led people to be disciples of Jesus. The last thing you want to hear is that they became only a disciple of you. Mike McKay, Senior Minister of Butler UMC, in Butler, New Jersey, shared about the difficulty when it is the latter and not the former.

I met a member of one of my former churches recently and they said to me, "I have not been there since you left."

I think they were trying to complement me, but instead, they kind of crushed me. It is a hard thing to hear people say that after years of teaching, prayer, conversation, and trying to lead faithfully and well, the net result of my work is someone not going back to that church.

There are lots of reasons that I feel this way and the most important one is the rock bottom teaching of the Gospel: that all this is not about me or you.

All of the churches that I have served have been at least 125 years old and most were older than 150 years while I was there. So if I spent ten or more years in each of them, my tenure would be less than 10% of all the pastoral ministry done in those churches:

It's not about me.

At the end of your life when you meet Jesus, he is not going to ask you what you thought of your pastor. He is going to want to know how you followed about him, and how you used the life he gave you.

It's not about me.

Finally, it is a product of the humility and freedom that God's grace gives me about these things. I alone do not have the power to change someone's life – only the grace of God and the decision of a person's heart can do that. It is my privilege to be a witness when it happens and to do my very best to invite people into the grace that only God supplies.

It is just not about me. Ever.

It is not about you either, but it is all about what God can and is doing in and through us.

That is an adventure worth getting up for in the morning.