INTRODUCTION #2 - “UNDER A NAKED SKY” 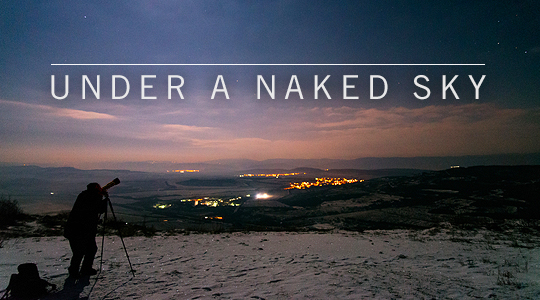 “As ‘aliens and strangers in the world’ Christians understood themselves to be on pilgrimage to the City of God. By receiving the gift of redemption from death, and in the grace of being born into the body of Christ through baptism, Christians had been given a new birthright. They had received an identity, and a citizenship, that trumped allegiance to any nation, state, or empire.”1

Identity formation is probably more difficult today than at any other time in history. I’m not one for hyperbole. I truly believe that is the case. By identity formation, I mean who we are at our core, how we fit in the world, the values that shape our actions. Our identity provides us meaning to act purposefully and intentionally in the world. In this blog, we’ll explore identity creation in the pre-modern and modern ages as a backdrop for our current situation, which we’ll explore in the next post.

Douglas Porpora’s book Landscape of the Soul: The Loss of Moral Meaning in American Life explores the complicated nature of identity formation. Porpora reminds us that during the pre-modern age, people received their identities through their local family and culture. Although selfhood was secure during this era, people had limited options for personal exploration beyond handed-down vocations and local opportunities. For example, during New Testament times, if were you to ask someone who he was, he might have responded something like this: “My name is John. My father is Zebedee. We are Jewish fishermen from the region of the Galilee.” That would give John and us a lot of information about who John was and the values that shaped his purpose in life. We see something similar expressed in the quote above reflective of thinking from the late Roman Empire.

During the more recent modern age, greater focus and responsibility was placed on the individual and on individual choice. Individual had more extensive social networks and more freedom to choose their own careers. While given more freedom, this also magnified other concerns such as work and friendship. Foundational issues such as truth and justice diminished in influence on identity creation during the modern era.

Next time, we’ll look at the current, even more precarious situation regarding identity formation.