Discipleship Ministries | Gen2Gen is the Way to Overcome Ageism

Home Blog Gen2Gen is the Way to Overcome Ageism

Gen2Gen is the Way to Overcome Ageism 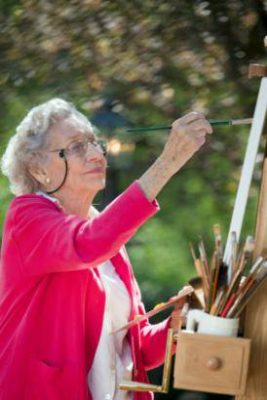 So many of the experiences of both Kids and Seniors are remarkably similar sometimes. For instance, bullying is an issue for many youth, who are susceptible to both being bullied and to being the bully, because they are working on self-definition, self-determination, and identity. Older Adults who are working on making purpose of their lives, re-defining themselves as something else besides work or home, and what makes them unique, experience bullying behavior both from other seniors and others generations. Because these two generations have some shared experiences in common, it is a good place to put them together and to overcome the bias of ageism.

The question becomes how to put Seniors and children together so that the differences do not get in the way of the similarities. A follow-up question is how to get each to offer the other its gifts so that each group learns more about the other group and in turn learns more about itself. The answer is to match interests and experience. Let me share a couple of stories about how this worked out in some places I have been.

My go to Inter-Generational story is about a Men’s Group which had a member who was transferred by the airline he worked for. He had purchased a kitcar or replica which he had never completed and did not want to move it with him to Florida. His answer was to donate the car to his church Men’s Group. The Group did not know what to do with it but a couple of retired men decided to invite the kids in the youth group to help assemble it so they could sell it. One of the youth group’s Dad bought the completed car at auction for his son’s first car because it had changed the kid’s life. That youth member decided to become a mechanic as a result of this experience and works now for NASCAR. The two retired mechanics had such a blast they did not want the experience to come to an end so they recommended to the Men’s group that they get another car to work on which they did. This project evolved into a group of several men and one woman that helps kids in the neighborhood with fixing up and restoring their first cars. Some of the kids did not realize that these oldsters knew so much about cool cars, until they started hanging out with the group.

My second favorite Intergenerational story is about a group of kids in a different church whose school bus picked them up in front of a church I served. Often times the bus would be late arriving and the kids would have to wait in the cold sometimes. On Fridays, a group of women would gather early in the morning to do the worship bulletins for Sunday or once a month the church newsletter. Some of the kids would ask if they could come inside to wait for their bus and since some of the women were related to the kids, they allowed them to do so. The kids begin to ask if they could help with the bulletins, and sometimes the equipment would have a problem. The kids would help with that too. Being more computer savvy they begin to teach their seniors how to use the church network and computers. This evolved into a Computer Literacy Class taught by high school kids to seniors in the church. The church also built a computer lab with donated cast-offs for this class. Some of the seniors decided that the computer lab would be perfect as a before school place for kids so volunteers, background checks, and permission from both parents and the school system were obtained. One senior was quoted as saying, “if it had not been for these kids, I would not have ever learned to use the computer and I would not have been able to keep in touch with my grandchildren who are in Japan.”

These two stories are just the stories I know best of more than one Generation working together to offer their gifts to cover a need. For older adults one of the needs Gen2Gen experiences cover is to leave a legacy, to do something for someone else, and to have others who come to respect what you have to offer. But isn’t that what Inter-generational events also do for kids. It helps kids learn who they are, to do something for someone else which brings happiness, and to have others, in this case the seniors who respect the kids for who they are.

If we all look for the opportunities to share across the generations, ageism and its ugliness will go away!!!!

The Church’s Ministry with Dementia is a hybrid-model teaching series designed to help churches see and engage with those living with dementia an. . .

The Callings in Older Adulthood

“I still haven’t figured out what I want to be when I grow-up,” confessed a friend recently who is in his fifties. While I’ve heard various peopl. . .

A dementia diagnosis pushes legal planning from a “someday” task to an urgent one. While these conversations may be difficult, they are helpful i. . .