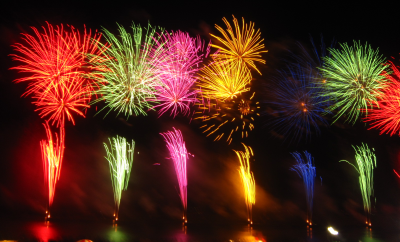 Older Adulthood is a stereotype. I get that. It is so very hard to explain to those who are not older adults -- seniors come in all different shapes and sizes. This is because we all know someone who fits our stereotype of an Older Adult. The prevailing societal stereotype is a frail person, who is hard of hearing, visually impaired, dependent upon others, wearing outdated clothing, who is conservative, not really up on current events, is grumpy, and hates on younger people. Not a very pretty picture. But like all stereotypes there is only a kernel of truth in the belief, but just enough that we do not abandon the stereotype in favor of one that fits better. What are your stereotypes for Older Adults?

As an adult I remember vividly when my own stereotypes for Older Adults were blown out of the water. It was when my parents retired. The kernel of truth behind my prior stereotype of Older Adults was based upon my grandparents who had health issues but were in their late 80’s. My parents were retired, but were very active, were younger, but were Older Adults. Indeed, my mother who had had health issues most of her life, was in the best of health in these years after retirement. After retiring she lost weight through exercise and watching her diet. Her renewed emphasis upon health resulted in my Dad also losing weight and gaining in health. For their first 14 years of retirement they lived pretty active and good lives, rather than my stereotype. I was forced to admit through my parents my assumptions of Older Adulthood were incorrect.

Just as snowflakes and fireworks are said to have such a high variance that each is different from the last, Older Adults are all unique. Stereotypes are hard to maintain about fireworks or people though some do it. One of the last times I watched fireworks, I came away just amazed by the show. As I was walking back to my car I overheard someone complaining “there were too many green and purple shells” in the fireworks and “not enough red, white, and blue ones.” I had been impressed with the variance of colors, styles, and noise, made by the fireworks, but had actually wanted more of the purple, green, and gold fireworks. I guess it about what you are looking for in the fireworks; in Older Adults, too.

Stereotypes and Ageism go hand and hand, because both do not allow for diversity or allow persons to be uniquely themselves. Moreover, Ageism is a form of a stereotype based upon a phobia, or fear of becoming old. Ageism becomes a way of protecting us from seeing what we fear to be true about ourselves by projecting it onto others. Ageism, takes our stereotypes one step further by allowing us to dismiss or deny it in ourselves and to feel superior to the people who resemble it.

Back to fireworks and the similarities to Older Adults. The time of greatest beauty for fireworks, is always after the firework has reached its pinnacle and heads down, being invisible in the night sky until it explodes. Some shells burst all at once after they began their descent and others explode on the way down, going through several changes over time. All are unique and different and every firework takes time to develop. So it is with Older Adults. It is in the last quarter of life that the true beauty of Older Adulthood is finally revealed. That beauty changes rapidly and there are surprises to be seen in all. Like a firework, Older Adults change from one beauty into another and we cannot simply look at the first beauty and judge the rest of the life as not as beautiful; for it isn’t less beautiful but only a different beauty. If we judge all fireworks the same then we will miss some of the beauty offered. Not all Older Adults have the same beauty but like fireworks all are beautiful, even the duds. When we learn to see the beauty of Older Adults, then Ageism and Stereotypes will all disappear.