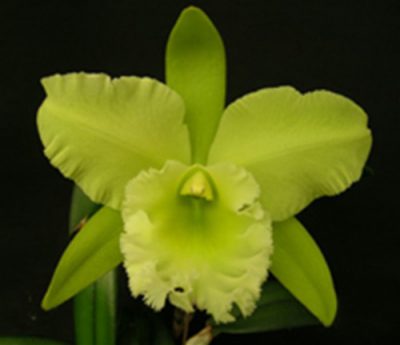 I am sometimes shocked by how few people, young and old alike have heard of an Ethical Will. I am not talking about me being good here, but a way to pass on a legacy, a piece of oneself to those we love. Will's we know about but an Ethical Will is something new. A Will is a document in which we direct how the tangible assets which outlive us should be distributed and preserved. Likewise, Ethical we also know to mean doing what is right, by being good to others, by following a standard of behavior which is kind, compassionate, or loving. But how does ethical behavior play into leaving behind our assets? What does it have to do with leaving a legacy or handing down something from our pasts?

I had to think about why I had heard about an Ethical Will and others may not have. Perhaps it is because of my past career of working in a retirement community as a Chaplain. There, a resident told me about them and requested that I assist them in writing theirs. This former resident who had become as much a friend as anything else, stated their desire to leave their precious nieces and nephew something, a gift but wondered what it could be because she was living on a scholarship and had nothing to pass down to them. This was when they discovered the ancient practice of an Ethical Will and had “read up on them.” I had heard of an Ethical Will I realized because someone had informed me of this practice. In this way, this friend actually gave a gift to not only her nieces and nephew, but to me in including me by having me help write her Ethical Will.

Ethical Wills are also known as Legacy Letters. They contain a message to someone beloved as a way to continue a relationship with someone long after a person has passed away. It was a practice anthropologist and historians trace to the ancient world, but which was best developed and practiced among Jews, who were often displaced from their homes and fortunes over the centuries. In recent times, it is a practice which has become popular and current with a wider audience and appeal. It is of course Biblical, being found in several places in the Bible but best located in Genesis 49:1-33 and Jacob blessing his sons in preparation for dying. It is found in Elisha asking Elijah for a portion of his leadership skills and power before he departed. It also in a way is found in the Beatitudes, where Jesus in preparation for his own departure, blesses the world with non-tangible things, primarily hope, by promising those who were similarly meek, hungry, impoverish, and mourn, something better.

Ethical Wills can be better understood in comparison to normal or regular wills. A Regular Will usually includes an inventory of what is covered and what is not in the will and tends to be a legal document written in legalese. An Ethical Will, on the other hand as a personal statement, varies in style or scope, usually containing neither specifics nor an inventory. A Regular Will is usually designed for a specific time period after the passing of an individual and has an expiration date versus an Ethical Will which usually is open-ended and continues a relationship through memory into the future. A Regular Will usually leaves physical or financial gifts to others, while an Ethical Will, is really about spiritual gifts. Finally, a Regular Will is designed to close out the business of an individual and an Ethical Will is to pass on the wisdom and love of a person to others.

Examples of an Ethical Will I think would make this practice easier to understand for those who are new to it. I share a love for two things which I have participated in during my life, orchid growing and sailing. I no longer do either one actively and daily, but I still have a world of memory of both. Orchid growing I inherited from my Dad, it was something which brought us closer together during the early days of my ministry when I had more time. Sailing was something, which I received from a friend named Rev. Jay Boyd, who taught me how to sail. I have nieces and nephews and I have already decided to leave these two joys to them. The question now is how best to use the Ethical Will I will probably record my Jay Boyd stories for my nephew, who also happens to be named Jay, and will try to spend time sailing with him some day before I check out. I gave my outgrown first sailboat to another nephew Ethan, and we have promised to send my sailing videos, pictures, and manuals to go with them. The Orchids I leave behind to my nieces is not so much about a love of flowers, as much as it is an appreciation of the legacy which goes all the way back to my Dad.

Some people use their tangible assets to have buildings named after them, but I prefer to live on through my relationships and the memories of others. Time can erase the relevance of a name associated with a building, but the relationships we build, are legacies that time cannot take away from us for they are eternal. If you are interested, later this year several how to articles on Ethical Wills or Legacy Letters will be available on the Office on Aging and Older Adult Ministry website. There are several websites which are step by step guide to writing an Ethical Will but unfortunately many are not free. Although it is not an Ethical Will Guide per see, one of the best books about how to write your history or story is Richard Morgan’s “Remembering Your Story.”