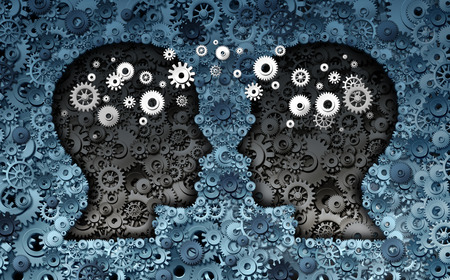 Perhaps you’ve already heard the story about the boy who taught his dog to talk. After his friend asked for proof, the friend was disappointed when the dog only barked. Upset, the friend exclaimed, “I thought you said you taught him to talk!” “I did,” retorted the boy, “I taught him to talk, but I didn’t say he learned it.”1

In an earlier blog (When Does Real Learning Happen?), I gave my definition of learning: “Learning occurs when self-reflection or a disruptive event causes us to reassess our assumptions and presuppositions so that they are modified (strengthened or changed).” Implied in my definition is that learning is primarily the burden of the student and not the teacher. Too often, I notice teachers and coaches operate as if they are the most important component in the process of learning. Having been a coach and an assistant coach for my boys’ teams, I’ve noticed (and probably have been guilty as well) the repeated refrain from frustrated coaches after a game that goes something like this, “Well, I’ve said it before, but I guess it bears repeating, ‘We’ve got to play better defense if we’re going to stop the other team from scoring.’” Obviously, that’s a little vague and perhaps more cleaned-up version of what is often stated by coaches, but you get the drift. The assumption of the coach is that by simply stating the area of need for improvement for the players will automatically translate to that information being put into practice.

Reading through Understanding by Design has been a wake-up call for me, as a teacher and a coach, about the difficult task of transferring wisdom to others. As the authors state, “Teaching, on its own, never causes learning. Only successful attempts by the learner to learn causes learning.”2

The authors make two points we need to hear as the church to promote learning. The first point is the “myth of coverage.” Reflecting on how I used to assess confirmation classes, too often I was concerned primarily with “covering” all the major topics a confirmand should learn (i.e., basic theology, United Methodist doctrines, etc.). I also see this myth at work in small groups and Sunday school classes that race through the last five or ten minutes of a class to “get through the lesson.” The myth of coverage assumes that if we just cover the material, the students will inevitably learn it.

The second point the church needs to hear is the “need for uncoverage.” Nobody is a blank slate. People bring their own biases, formative experiences, and cultural assumptions to the learning process. This is why catechism in the early church was a three-year process. The early church rightfully recognized, especially for Greek converts, the need to unlearn habits and cultural wisdom. The catechism thus “functioned as a kind of decompression chamber”3 to be formed into the Christian faith.

Simply because a preacher preaches on a topic or a teacher leading a lesson covers a doctrine should not lead us to assume our members are learning to be better formed as disciples of Jesus Christ for the transformation of the world. We might be “preaching it” and “teaching it,” but if the people are still “barking” like the world instead of “speaking” the faith, churches would do well to explore alternative ways to inspire and motivate learners.

Unlike a traditional Bible study or Sunday school class, the Courageous Conversations toolbox of resources is organized to help participants uncover biases and reflect on formative learnings and experiences that might be nominally Christian or non-Christian. As the election is heating up, filled with partisan rhetoric, may the church not “bark” like the world, but be able to speak words of peace and truth.