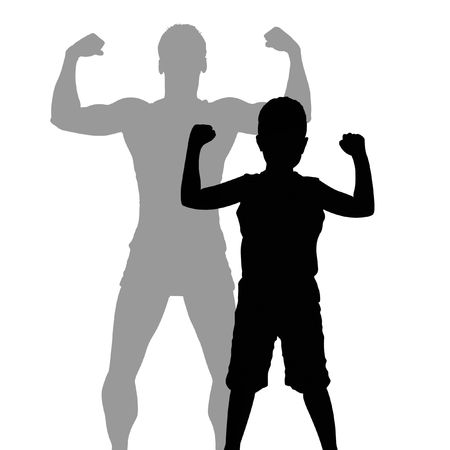 I know a number of parents whine about the amount of time their kids play video games. I’m a little different in that I give my teenage son a hard time about the way he plays video games. He enjoys playing sports-related games such as Madden Football and NBA2K. Too often, I would walk by the screen where he was playing and notice the score as something like 100-0. I guess I could have displayed pride. And perhaps a better parent than I would have. But I knew the reality. He tweaked all the game rules in his favor, making it easy for his team to score and much harder for the other team.

My grievance is his unwillingness to face a challenge. Trying to use winning all the time at video games as a life lesson (yeah, I’m one of those parents), I appealed to him by saying that he won’t learn as much or grow without being challenged. Winning by tweaking the rules might be affirming of his “skills,” but really it is doing little more than padding his ego. (He’s so lucky to have me as a father, right!?)

Confirmation bias has a similar dynamic. If we listen to and trust only what affirms our previously held beliefs, we won’t grow intellectually, emotionally, and/or spiritually. Without being challenged by different perspectives, we can feel affirmed that we are right, while “they” are wrong.

During the present political discourse, it is clear that confirmation bias is at work. Try and have a discussion with someone of a different political ideology, and you’re likely to confirm James’s admonition in his letter that “no human being can tame the tongue. It is a restless evil, full of deadly poison” (James 3:8, NIV).1

You know you’re in a conversation with someone exhibiting confirmation bias when no amount of facts changes that person’s mind. It’s as though the person has, like my son playing video games, tweaked all the rules in his or her favor. Arguing facts isn’t likely to get you anywhere. The person in the argument simply is not open to hearing anything contrary to his/her position.

So what should you do if you find yourself in a courageous conversation with a person who has a strong confirmation bias? Instead of offering facts, ask lots of questions. Ask questions, not to put the other person on the defensive, but to show that you are willing to hear another perspective. Particularly, you might offer questions aimed at trying to uncover the other person’s assumptions. You might say something like, “I’d like to hear more about why you think that’s true. How did you come to that conclusion? What experiences have you had that lead you to believe that?”

Obviously tone matters. You would not want to ask, “How did you come to THAT conclusion?”

The best strategy for dialogue at this point is not to debate facts. Rather, aim for something deeper. In this case, “deeper” means the assumptions and preconceptions that support the other person’s conclusions. You DON’T have to agree with the person you perceive has a confirmation bias. You probably won’t. But you WILL have to listen. When the letter from James observes that all shouldn’t be teachers, he adds, “We all make mistakes often, but those who don’t make mistakes with their words have reached full maturity” (James 3:1, CEB).2 It will take a great deal of courage to enter this courageous conversation. If we can muster it, maturity will result - perhaps for all involved in the conversation.

Can you think of any other stories that demonstrate confirmation bias in Scripture?

Invite a conversation this week with someone with whom you disagree. Try only to repeat the person’s positions and offer no counterpoints. What was the person’s reaction?