Rev. Dr. Yatta Young of Liberia recollects the fables told to her by her grandmother and the important lesson each one carries. She hopes to publish a collections of these fables and share their wisdom with children in Liberia and beyond.

Yatta's mother told her the story below after a night when she stayed out late as a child, roaming the city streets with friends. Her parents and grandparents did not know where she was and punished her when she finally returned home. When she continued to protest and insist on her innocence, this is the wisdom her mother shared with her. 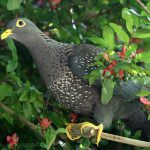 There lived a young pigeon who loved to stray from the nest whenever his mother went out to do flying exercises with his siblings or scout for food. The mother always warned him about the camouflaged dangers of the forest but he would only laugh at his mother and say, “Mother, I am old enough to look after myself. And besides, I am always among friends.”

“Who are these friends you are always hanging out with late at night? What do you do during those long dark hours?

He would answer, “Mother, you ask too many questions. Please take care of my younger siblings. I am fine.

In actual fact, he was still young enough for his mother to worry. He was not interested in taking his flying lessons or learning jungle survival techniques. He slept all day in the nest and went out in the early evening to a place unknown to his mother or siblings. This went on for a long time. Each time mother questioned her son about his late night pursuits, and he would give her the same answers.

After careful surveillance, the pigeon’s mother found out that her son was going along with some groundhogs to eat cassava roots in Mr. Kollie’s backyard garden. For fear of losing his harvest, Mr. Kollie set secret traps all over his garden. He took meticulous care to plant them where they would be effective. He studied the movement patterns of the animals by studying their paw or hoof prints.

One day as he studied the prints, he saw a set quite different from the rest. After studying it, he built a special trap to catch the animal making those prints. One night, during Mr. Kollie’s nightly watch, he saw the owner of the different set of prints! There was a young pigeon among the groundhogs who were demolishing his garden. He smiled to himself and set everything in motion for the culprits to be caught. 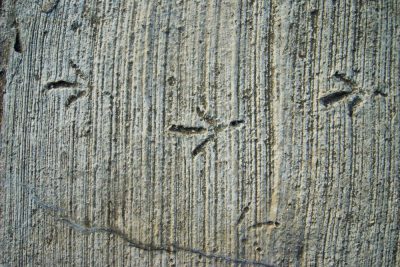 The next night, the friends set out for the garden as usual. What they did not suspect was that traps were in their path ready to snap their paws, claws and tails. They all gave out a yell at once. One of the pigeon’s wings got caught in one of the traps. He did everything to extricate himself but to no avail.

After what felt like eternity, he felt someone trying to free his wing. When that was done, he was taken to where the groundhogs were all lying and bleeding and weeping. The young pigeon straightaway launched into a litany about being a good bird that obeyed his mother and helped with chores around the nest.

But Mr. Kollie asked, “What are you doing among groundhogs, little Brer. Pigeon, if you are such a good and obedient bird? Didn’t your mother tell you that you are judged by the company you keep? I caught you with your friends ruining my cassava harvest, so you will be punished according to the laws of our land.”

This lesson has been well noted to this day among pigeons. They never make friends with groundhogs who are always in the habit of foraging into cassava and rice farms at night.

Lessons I learnt from this story:

Back to School Blessing

It's officially back to school season on our calendars. This year, however, back to school looks so much different than any other time in our liv. . .

Global Conversations on Discipleship: Ministry with Children and Parents in Denmark

Summer months in children’s ministry means vacation Bible school or camp for children within the faith community and neighborhood. This summer, e. . .