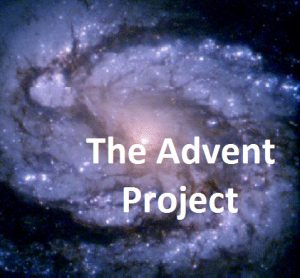 Wait, you say, doesn't Advent start in late November? For most Western churches, yes, it does. But as many ecumenical worship leaders have been noting for a number of years now, including at Discipleship Ministries, the readings in the Revised Common Lectionary, and in fact lectionaries before it stretching back before the tenth century, actually start Advent readings right after All Saints!

That's because until Pope Gregory VI changed it in the 11th century, the celebration of Advent in the West was a full seven weeks, paralleling Lent. Like Lent, Advent was also a season for preparing persons for baptism and penitents for readmission to the full fellowship of the Church. While Pope Gregory VI shortened the season, officially, he actually did not change the readings.

Celebrating a full seven weeks of Advent helps congregations regain a strong focus on the actual primary point of Advent (celebrating and preparing for the culmination of all things in the second coming of Christ!). It also helps us to use the readings we already have for the purposes they were originally gathered. A longer Advent starting earlier, even if not for the entire seven weeks, also takes a lot of the pressure off of the "December Advent/Christmas" wars many of our congregations have experienced.

The Advent Project website provides solid research and an ever-increasing array of resources, for free, for congregations interested in starting an Advent restoration project themselves. Be sure to check out the testimony of a United Methodist congregation that has been doing this for several years now, and how they've adapted the model for their context over time.

So, think about how observing an Extended or Early Advent this year may help your congregation. It could provide a focused time for the observance of both Advent and Christmas Seasons, without either competing or "overbleeding" into the other.

Laity Sunday celebrates the ministry of all Christians. On Laity Sunday (this year, October 20, 2019) we embrace our shared vocation (lay persons. . .

Discipleship Resources International is committed to the development of local contextual resources for leadership development and spiritual forma. . .