Discipleship Ministries | A Core Missional Question from a German…

Home Blog A Core Missional Question from a German Sociologist...

A Core Missional Question from a German Sociologist... 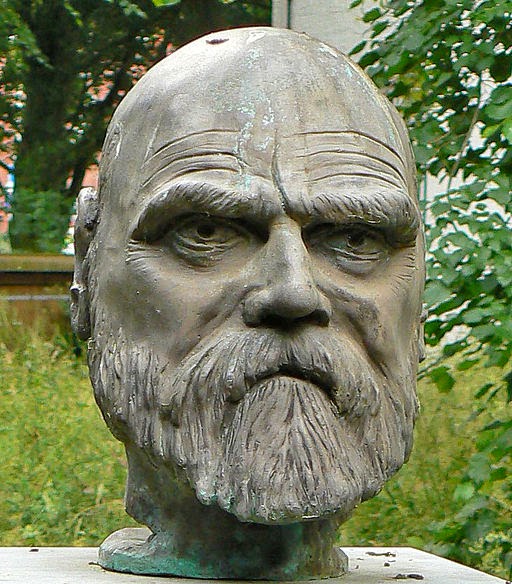 He may have a face that only a German sociologist's mother can love, but let me introduce those of you who may not recognize him to the bust of Ferdinand Tönnies (with thanks to Wikimedia Commons and the Creative Commons License).

Those of you who have done any work in the sociology of religion (or maybe just sociology generally) may recognize his name as the sociologist who came up with two terms to describe essentially the range of cultures he found functioning in his own day and context (early 20th century Germany)-- Gemeinschaft and Gesellschaft.

It's not important to know or know how to pronounce the German names (unless you're German, I guess... my older son, who's taken German for the past four years, might disagree!). What's is important is that we recognize the nature of the cultural contexts he's describing with them.

In Gemeinschaft kinds of cultures, what's valued at least as much as (and often more) the individual is the community itself and the relationships among people who make up that community. We might call this "face to face" culture. Size and scale matter at this level. That is, in order for a Gemeinschaft culture to be functioning as such, there seems to need to be some fairly tight boundaries on size or limits on what identifies persons as being part of the group or not. Those limits tend to help reinforce and maybe even undergird the capacity of Gemeinschaft cultures to function well.

In Gesellschaft kinds of cultures, the focus is much more on the individual, and what binds folks together is less shared personal relationships and more shared "rules" or "utilities" or "technologies" (civil laws, or how a market works, or the Internet, for example ) or "personal choices" (think, affinity groups, or iPhone users) in an otherwise less-bounded setting. Gesellschaft cultures can therefore become functionally very large, while full of far more very different kinds of people and interests, than Gemeinschaft cultures are likely to do. (And by the way, Gesellschaft is also a German word for "business" or "corporation").

Tönnies never claimed either of these as "ideal" types, but rather as "normal" (i.e., descriptive, not prescriptive) types. Nearly every culture has some aspect of both-- and that's a good thing. But in nearly every culture one is also clearly more dominant than the other.

And the dominance is the important issue here. Because the dominance determines what the "real rules" or the "underlying" or "overarching" cultural assumptions will be-- and those assumptions really are that, assumptions, often adopted, enacted, and transmitted unconsciously and perhaps even invisibly by those who participate in them.

The unconscious assumed nature of these things can be such that it is often hard for people running on basically Gemeinschaft assumptions to make much if any sense of what people who are running on basically Gesellschaft assumptions are talking about or doing. Think of it as trying to run Mac OS 10 AND Windows AND Linux at the same time on the same machine with or without a "virtual machine." With a virtual machine, you can at least run them all side by side, as it were, though they can't easily communicate with each other. Without a virtual machine, you may need to reformat your hard drive.

Or if it's helpful, think about "The Gods Must Be Crazy."

One of the things I'm seeing the emerging and the missional and the emerging-missional and the Organic Church movements trying to do a lot more with these days is precisely to re-assert and in some ways re-create a Gemeinschaft embodiment of Christian community (whether in a neo-monastic way, or as a Methodist society, or as bunch of folks who move into a neighborhood and really try to inhabit that space among those people in a hospitable, community-building way) in the midst of what is becoming now an almost "unthinkably" Gesellschaft world whose "Gesellschaftigheit" (we might say "Gesellschaft-ness" in English, but German let's you actually create a whole new word like that and call it good) seems to be escalating at an exponentially increasing rate.

So for those of us who are trying to do this sort of thing, here's some advice from Tönnies in the early 20th century that might serve us well here in the 21st.

First-- a word of encouragement. Such a thing is actually possible. It can be done. And it can last.

But second, a word of strong and solemn admonition-- it is very, very hard, especially if you are trying to "start from scratch" as it were. If you're part of a Gemeinschaft subculture that has some historical trajectory behind it already, you've got a good leg up on those who don't.

And the reason it's very, very hard could be summed up in that highly Gesellschaft term-- "quality control"-- or that good old Methodist term, "accountability."

Why? Because unless face to face community itself becomes a commodity-- and if it does, it's fundamentally not face-to-face community anymore, but rather a "colonized facsimile" of community-- Gesellschaft assumptions don't know how to handle it. Gesellschaft presumes allegiance primarily to yourself, or what some larger Gesellschaft collective out to promote its self interests tells you your self-interest is-- and so doesn't provide a ready means for actual allegiance to other people, or even, really, to God.

A prime example of a "start-up Gemeinschaft" in Wesley's context were the class meetings. Those of us coming from primarily Gesellschaft assumptions (which is probably most of us reading this blog) may look at all the rules Mr Wesley imposed with such great detail, including what may seem to us to be an obsession with practical details in the General Rules, for example-- and conclude he was some sort of a control freak. He may well have been.

But another, definitely more charitable, and perhaps more accurate reading is that Mr Wesley understood fairly well just how clearly the structures to try to create a Gemeinschaft environment (essential for a class meeting or a band to do its work!) had to be specified and kept-- not just once or for a little while but over time-- in order for such groups actually to accomplish their mission in the otherwise extraordinarily Gesellschaft culture of the cities where most Methodists of his day lived (London, Bristol, et al).

In other words, he may have had a sense, even at the outset, that if these class meetings and societies of the people called Methodist were to have any lasting value, they would have to, absolutely have to, "hold fast to the doctrine, spirit and discipline with which they first set out" ("Thoughts upon Methodism," 1786).

And to do that, you must have clarity-- and especially clarity about where authority lies. Authority is a major boon to maintaining both doctrine and discipline.

And authority-- that's a huge challenge in both modern and post-modern Gesellschaft environments.

And you can't grow "centrally big"-- but only "laterally big" in terms of the number of smaller nodes, each operating under the same conditions of authority, in a larger network.

I'd be very interested in any feedback or questions you may wish to offer on any of this... this is very much "work in progress stuff" for me-- this application of Tönnies so specifically to our efforts in emerging missional Methodism.

But perhaps it raises an even larger question we might want to seek to discuss or explore a bit further.

Does the possibility of real discipleship to Jesus itself necessarily presume Gemeinschaft? And if so-- well... then what?