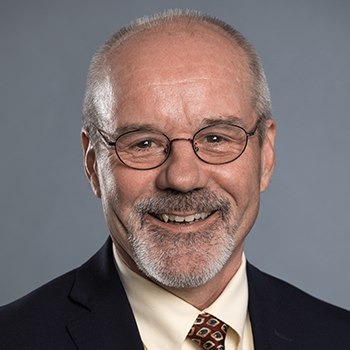 In my last posting, I delved deeper into the contributions of Rebekah Simon-Peter’s writings that help Christian preachers avoid anti-Semitism in the pulpit. Even more important and valuable than avoiding anti-Semitism, is the gift of gaining a clearer picture of the Jewish Jesus. Simon-Peter addresses many of the culturally popular anti-Jewish stereotypes. She helps us better understand the Jewish context of scripture to bring a fresh—and freeing—reading of Christian scripture.

When I was in seminary, my dean, Krister Stendahl, used to say, “Don’t buy books, buy tools.” I have found that The Jewish Annotated New Testament, by Amy-Jill Levine and Marc Zvi Brettler, is a perfect tool to have at ready reference. Using the New Revised Standard Version translation of the New Testament, Levine and Brettler provide notes for the entire New Testament. Those notes appear at the foot of each page. I want to turn to Amy-Jill Levine’s contributions to get a better understanding of Christian interpretation of scripture.

The notes that Levine and Brettler provide give us the backstory of the Jewish context for stories involving Jesus. For instance, for the story of Jesus and the woman at the well (John 4:1-42), they explain why Samaritans and Jews lived with such deep tension between them. They help us understand the geographical, political, and theological differences between these two people. Levine explains that the “overtones of an encounter between a man and a woman at a well are those of courtship. The fact that the woman is there at noon serves to contrast the woman favorably with Nicodemus, who first met Jesus at night” (John 3:2).

The Jewish Annotated New Testament gives the Bible Study leader and preacher tools to understand the Jewish backstory that flows underneath everything that is written in the New Testament. But there is more. The volume includes 30 essays by various scholars to help us to understand more fully history, culture, law, synagogue, table fellowship, family life, and many other topics.

In the introductory essay, Amy-Jill Levine, writes about the “common errors made about early Judaism.” (The Jewish Annotated New Testament, p. 501). This is a must read for preachers and teachers in Christian contexts. “Out of ignorance,” writes Levine, “many pastors and religious educators strip Jesus from his Jewish context and depict that context in false and noxious stereotypes” (The Jewish Annotated New Testament, p. 501). She gives reasons for this lack of knowledge, which include:

Levine goes on to describe areas of preaching and teaching where Christians perpetuate anti-Jewish stereotypes:

These misunderstandings, writes Levine, “can be addressed by reading and teaching the entire New Testament carefully within its context” (p. 504). The 29 other essays found in The Jewish Annotated New Testament provide excellent tools for preventing false teaching on the part of Christians regarding the Jewish heritage of scripture.

I recommend keeping The Jewish Annotated New Testament close at hand. Read the essays and read the annotations for the passage of scripture that you are preaching or teaching from. You will avoid unnecessary anti-Semitism and gain a richer, more complete understanding of the Jewish backstory of Jesus and the New Testament.

The Book of Resolutions of The United Methodist Church 2016 includes an entire section entitled, “United Methodist Guiding Principles for Christian-Jewish Relations” (Para. 3292). The section includes how selective use and misuse of Scripture over the history of the church has generated “negative attitudes toward and actions against Jews” (p. 302). Furthermore, it says, “The church has an obligation to correct erroneous and harmful past teaching and to ensure that the use of Scripture, as well as the preparation, selection, and use of liturgical and educational resources, does not perpetuate misleading interpretations and misunderstand of Judaism.