NASHVILLE, Tenn. July 6, 2016 /Discipleship Ministries/ – Abraham Johnson from Liberia became a part of the United Methodist team responding to the Ebola crisis in his country. Christopher Hamera from Malawi and Severin Pelakara from Cameroon currently are Global Mission Fellows with the General Board of Global Ministries. 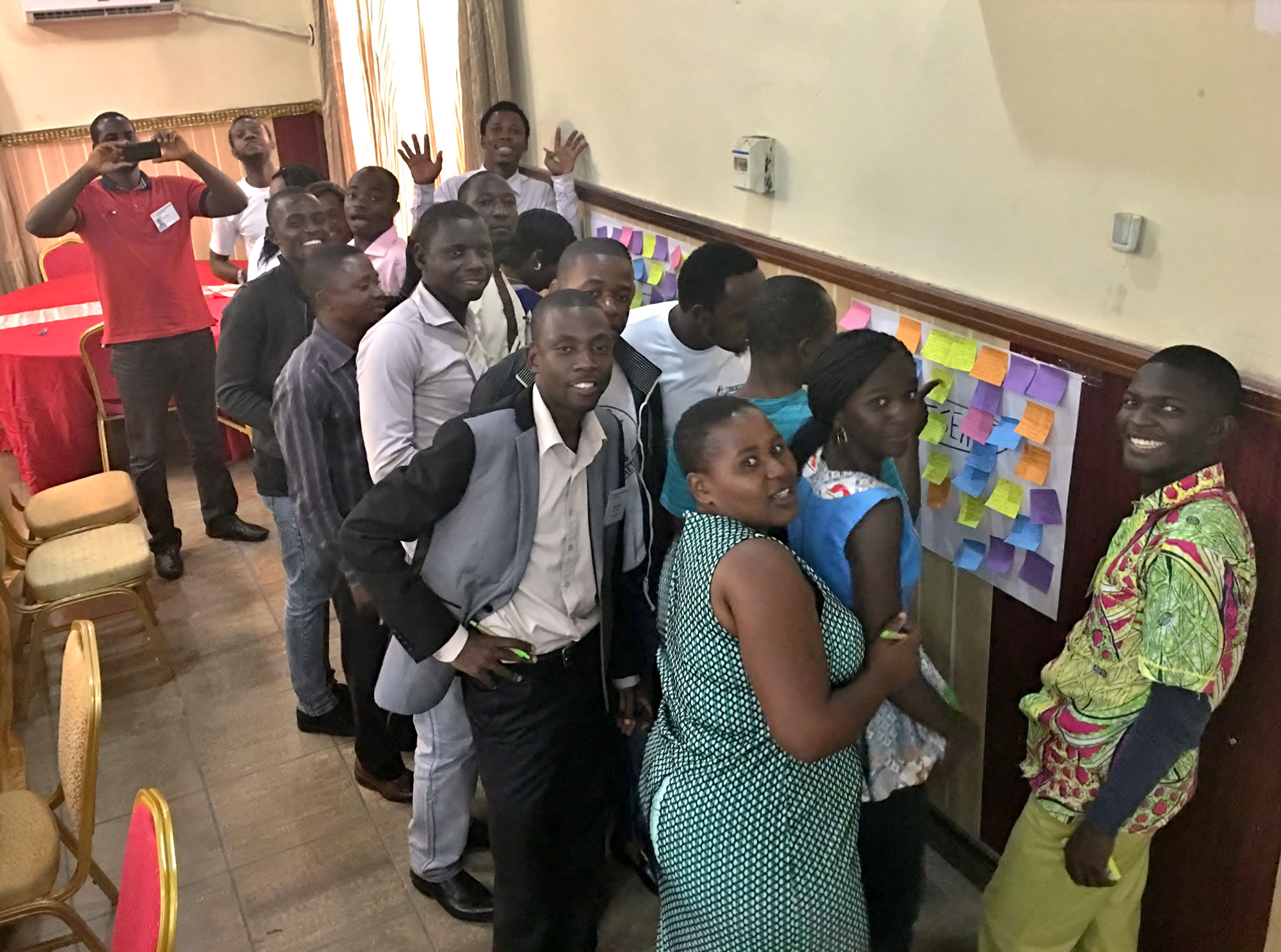 Zimbabwean Promise Paidamoyo Kapumha, now studying to be a doctor, wants to someday bring positive changes not only to her community, church and nation, but to all of Africa and the world.

These motivated young people are among the 159 leaders from the Central Conferences in Africa and the Philippines who have attended a Young Leaders Summit, the primary leadership development program of Young People's Ministries (YPM), a unit of Discipleship Ministries of The United Methodist Church.

"The Young Leaders Summits provide the space and structure for young people to learn from leadership principles that exist in their own context, rather than imported Western principles,” said Michael Ratliff, Associate General Secretary at Discipleship Ministries and head of the YPM division. “They then have the opportunity to apply those principles to their unique ministry settings. They dream and plan for a future church that reflects the uniqueness of Africa or Asia where the summits take place."

“By fostering this global connection of young United Methodist leaders, we believe that the church will become more equipped to make disciples of Jesus Christ for the transformation of the world”
-Mighty Rasing.Since the first summit was held in Kenya, Nairobi, in 2012, young leaders from 23 countries in Africa and Southeast Asia have gone through the program. Most of them continue to be in leadership roles in their respective conferences or countries.

Earlier this year, United Methodist young leaders from Africa gathered in Kinshasa, Democratic Republic of the Congo, for the fifth Young Leaders Summit. The gathering’s theme, Africa Young Leaders as Agents of Peace and Change, recognized young people's role as peacemakers in the midst of conflicts going on in different countries in Africa, and sometimes even within the church.

“These young people, who are up to 35 years of age, learn about leadership principles from their own culture and context,” said Mighty Rasing, director of YPM Program Development in the Central Conferences. “They tell each other their journey as young leaders in the church and share with each other the challenges and successes they encounter in their ministries. In doing so, they build relationships with each other, and learn different approaches and solutions to the challenges they face.” 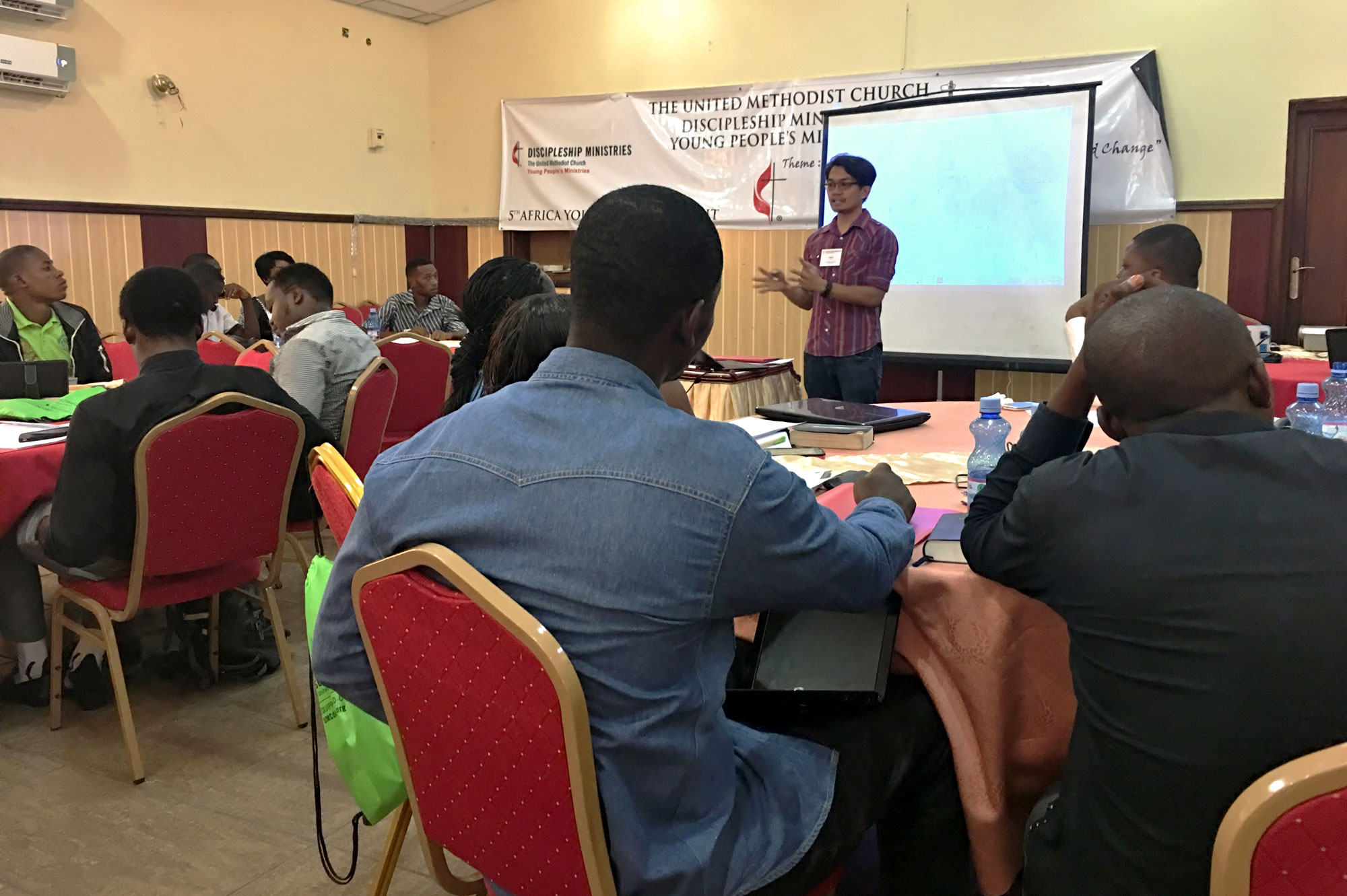 With relationships built during the summits, young leaders are able to encourage and support each other even after the event, Rasing said.

“We, at Young People's Ministries, become the conduit through which they get connected to each other and to the resources they need to be more effective in their leadership journey,” he said. “We know that these young leaders make a significant contribution to the church – both now and in the future.

“By fostering this global connection of young United Methodist leaders, we believe that the church will become more equipped to make disciples of Jesus Christ for the transformation of the world,” Rasing said.

Kapumha, the medical student from Zimbabwe who attended the 2012 summit in Nairobi, Kenya, said she and the other participants “realized that we were facing common problems as young people serving the Lord and as leaders in the United Methodist Church. As a result, we shared solutions that we would each carry back to our countries.”

Kapumha said she learned that young people are the future of the church. “We can make a difference in our respective communities if only we believe in ourselves and the great potential God has deposited in us,” she said.

“This experience taught me to begin to think differently and make my world a better place,” Kapumha said. “My mind was opened to new possibilities. I was personally inspired and motivated to do the best that I can to change the lives of those around me for the better.”