Discipleship Ministries | Walkers Challenge Us to Be Difference Makers

Home About Press Center Walkers Challenge Us to Be Difference Makers

Walkers Challenge Us to Be Difference Makers 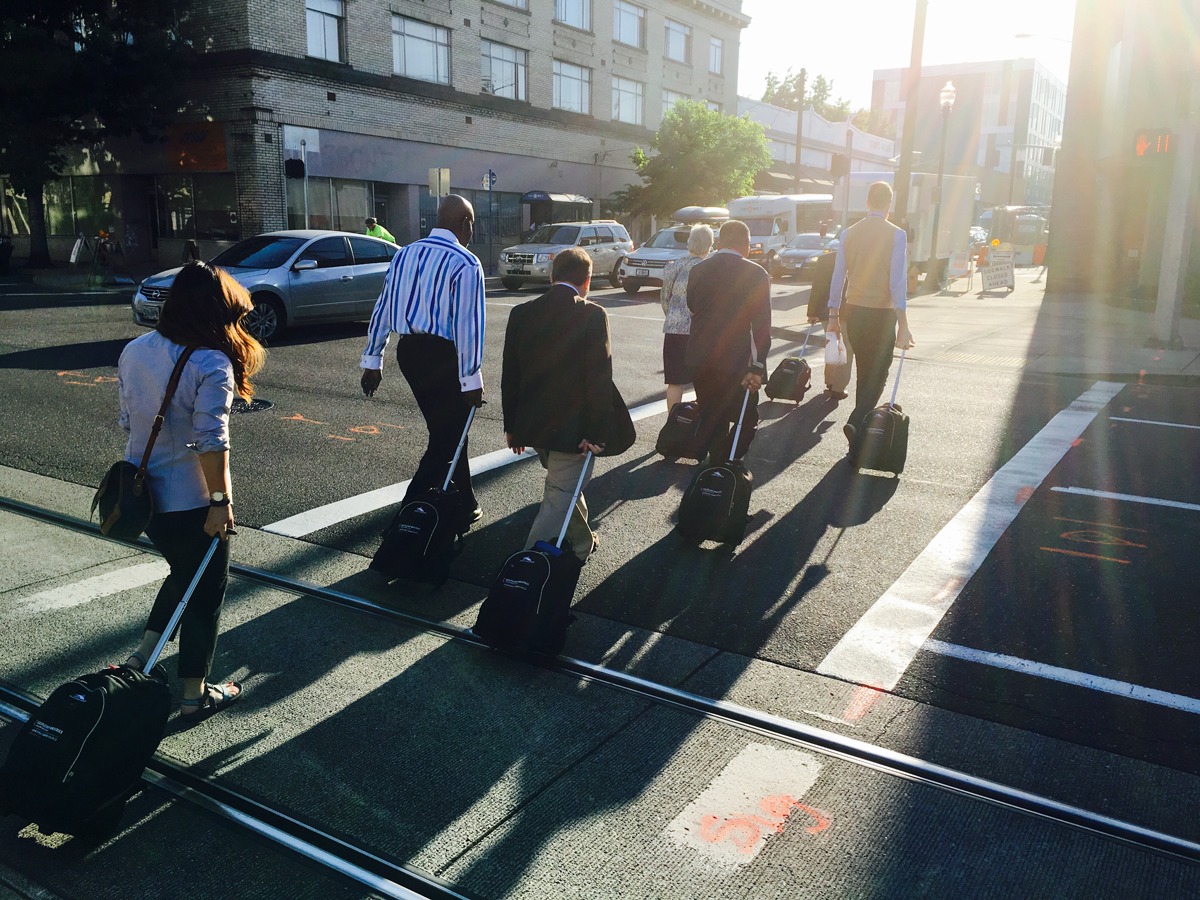 At first, the daily challenge for the Discipleship Ministries staffers was simply to “get their steps in” by walking the two miles from their hotel to the General Conference site at the Oregon Convention Center. But when they noticed all of the homeless people lining the streets near where the conference is being held, their challenge quickly transformed into finding ways to make a difference in the lives of those in need they saw along the way.

They gathered extra toiletries from their hotel and offered them to the homeless people they passed. Then they discovered that a new, experimental United Methodist faith community called “CrossBridge @,” is already engaged with homeless ministry in Portland. Now these walking United Methodists are not only urging each other to #beadifferencemaker while on their way to the convention center, they are challenging everyone attending the General Conference to do the same. 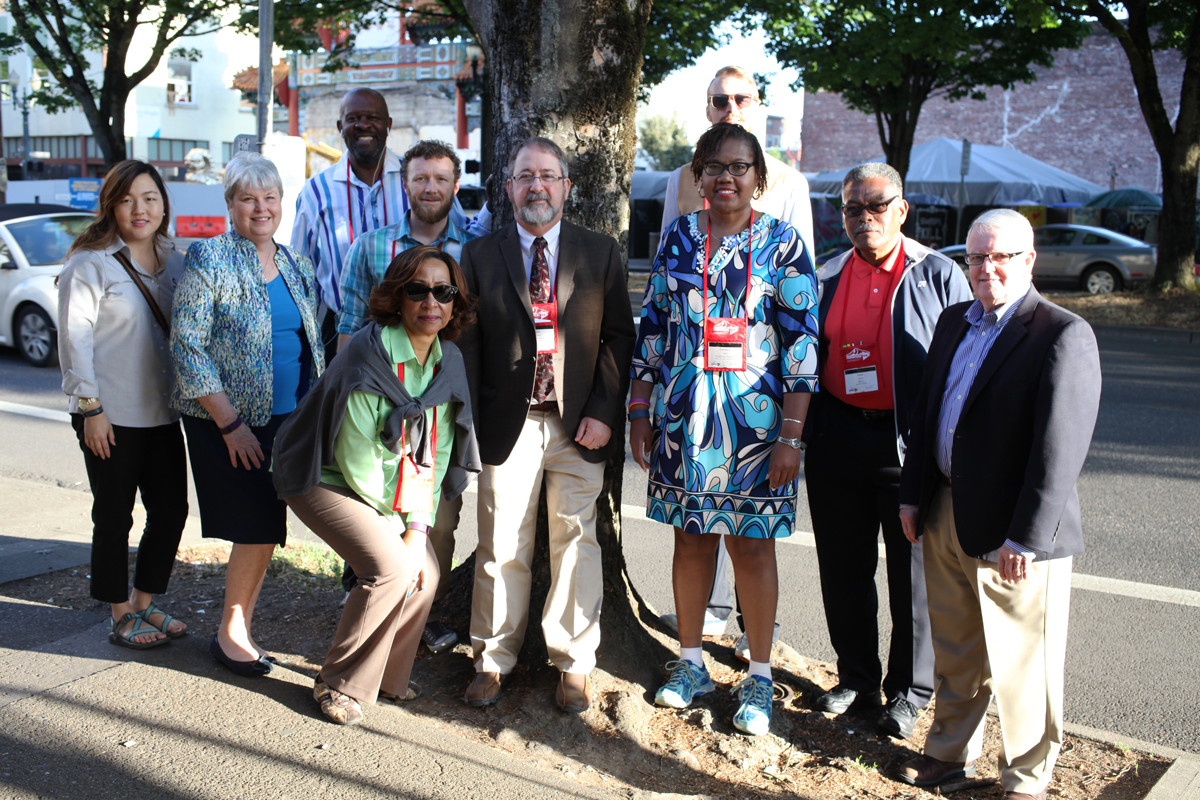 “In the midst of trying to do the business of the General Conference, it struck those of us walking each day that perhaps we also need to remember that we are still called to make a difference while attending our meetings,” says Candace Lewis, executive director of New Church Starts (Path 1) at Discipleship Ministries.

Lewis reached out to Pastor Christy Dirren, a local licensed pastor who spends half her time at CrossBridge @. “It's called CrossBridge @ because we are ‘at’ wherever we need to be in ministry,” Dirren says. “We don't have a home base. This is the whole Jesus thing, to go where the people are. Our mission is to live simply, love unconditionally and serve others.”

The City of Portland is likely more than willing to accept the help from CrossBridge @. The city has more than 4,000 people live on its streets and in shelters, and according to Dirren, as many as 2,000 more are expected to be in the city this summer.

With the help of social media, Dirren says General Conference delegates and attendees will be invited to donate toiletries and socks at the Discipleship Ministries booth in the convention center. In addition, all monetary donations will go to buy those items. The toiletries and socks will be given to groups that CrossBridge @ regularly works with for distribution to the homeless.

“We're also going to make some Blessing Bags onsite at the conference so people who are here and want to directly hand something to our friends without homes will have a bag with toiletries and socks to do that,” Dirren says.

The Portland pastor challenged all those attending the General Conference to bring a small bag of toiletries each day and drop it off at the Discipleship Ministries display in the exhibit area. Just this small act will make a huge difference in the lives of those living around the convention center.

“By taking this daily action, we will make a real impact and touch the lives around us” says Pastor Dirren.