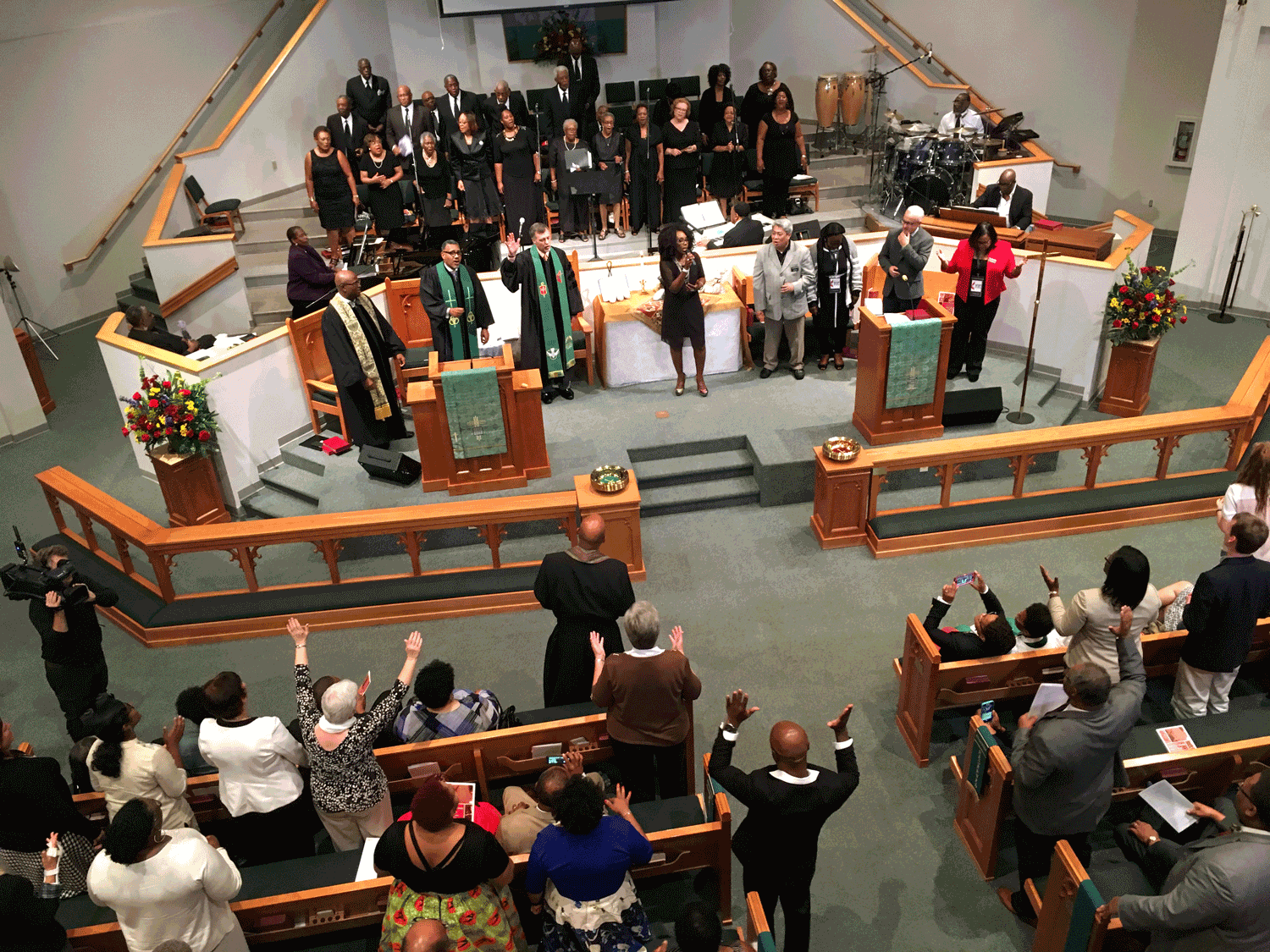 Dotson, who was elected to the position in April, is an ordained elder in the Great Plains Conference and formerly served as senior pastor of Saint Mark United Methodist Church, a 3,500-member, multi-campus church in Wichita.

“We must shift the conversation from fixing churches to reaching people for Christ..."
- Rev. Junius B. Dotson

“I believe the significant issues of our day are rising to create a defining moment for the body of Christ in general, and for Discipleship Ministries in particular,” Dotson said during his address to the board.

During the General Secretary’s Address to the board, Dotson said he wants to help the denomination move from “fixing churches to making disciples.”

“We must shift the conversation from fixing churches to reaching people for Christ, not to save or preserve the institution, but because we are committed to living out of the biblical mandate that Jesus gave us, called the Great Commission,” Dotson said.

He laid out three missional priorities of the agency:

The address can be viewed below:

The Division on Ministries with Young People, with representatives from 17 different countries and 15 U.S. states, also met concurrently with the board meeting. With more members from the Central Conference than from the U.S., the DMYP is one of the most representative groups in the church, reflecting the global nature of the denomination.

DMYP renewed its partnership agreement with the European Methodist Youth and Children’s Council, known as EMYC. The one-of-a-kind agreement in the denomination creates a partnership with the group to accomplish common goals meeting regional needs and global spiritual, relational and leadership development goals.

The next Discipleship Ministries board meeting will be March 15-18, 2017, in Nashville.

The mission of Discipleship Ministries is to support annual conference and local church leaders for their task of equipping world-changing disciples. An agency of The United Methodist Church, Discipleship Ministries is located at 1908 Grand Ave. in Nashville, Tenn. For more information, visit www.UMCdiscipleship.org, the Press Center at www.UMCdiscipleship.org/about/press-center or call the Communications Office at (877) 899-2780, Ext. 1726.