Discipleship Ministries | History of Hymns: "What Does the Lord…

Home History of Hymns: "What Does the Lord Require of You"

History of Hymns: "What Does the Lord Require of You"

"What Does the Lord Require of You"
Jim Strathdee
The Faith We Sing, No. 2174

What does the Lord require of you?
Justice, kindness, walk humbly with your God. (Micah 6:8)*

A stream of folk songs appears in many hymnals today. While folk music from earlier centuries has been a part of hymnals for many years, this current stream had its source in the 1960s and '70s during the folk revival popularized by The Kingston Trio, Pete Seeger and Peter, Paul and Mary.

This style of music entered the church during the Vietnam War era, often in services designed for and by young people. It continues to the present day.

Perhaps the quintessential song in the Christian folk genre is Sydney Carter's "Lord of the Dance" (1963), which used a language that challenged singers raised only on classical hymns.

Christian folk songs are characterized by themes of justice and narrative accounts from the Bible. Acoustical guitar accompaniments give them both portability -- they can be sung anywhere, even on the move -- and accessibility -- the kind of music with simple chords that you could easily learn to sing and play and could teach easily to large groups, even without music or words.

Many of the songs of Jim Strathdee (b. 1941) represent an important part of this genre. Mr. Strathdee and his wife, Jean, are performing artists whose concerts reach thousands of people each year. They say their songs "are a musical offering of hope and encouragement for all people, bringing a message of compassion, justice and healing." 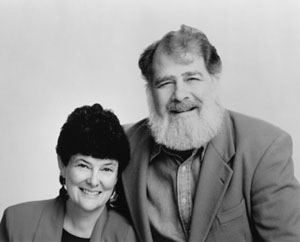 The Strathdees' ministry was centered for many years at St. Mark's United Methodist Church in Sacramento, Calif., where they were directors of music. Since August 2006 they have been "in ministry to the church-at-large."

The congregational nature of many of their songs springs from their connection with this church. Their concert attendees are invited to participate as singers, not just observers. This "sing-along" quality is another important gift from those who compose and perform in the folk stream.

"What does the Lord require of you?" is a Scripture song based on Micah 6:8. The three interlocking melodies form a quodlibet on the text.

This is an unassuming song that may be easily learned by a gathering, giving each of three vocal sections its own part. When singing this song, the congregation feels like a choir. As each section learns its part, they not only hear a beautiful harmony emerge, but also internalize the meaning of this text -- a verse that describes the ethical responsibility of the follower of God.

The Strathdees "treasure the musical heritage of the Christian Church and see their work never to replace this tradition, but to enrich it." The musical idioms embodied in their songs represent a variety of styles including folk, rock, jazz and international musical idiom accompanied with guitar, piano, mandolin, harmonica and African drums.

The result is music with a wide range of emotional diversity, from prayerful to playful. While their spiritual roots are among United Methodists, ecumenical and interfaith settings are at the heart of the Strathdees' ministry.

Their music has been sung on six continents and appears in many hymnals. They recently finished their 17th CD, "STAND for what is right." The Strathdees often minister in Central America, where they have ties to many churches and sing in Spanish.

For information about their ministry and music, see www.strathdeemusic.com.