Discipleship Ministries | Boomers Will Change How We Look @ Death

Home Blog Boomers Will Change How We Look @ Death

Boomers Will Change How We Look @ Death 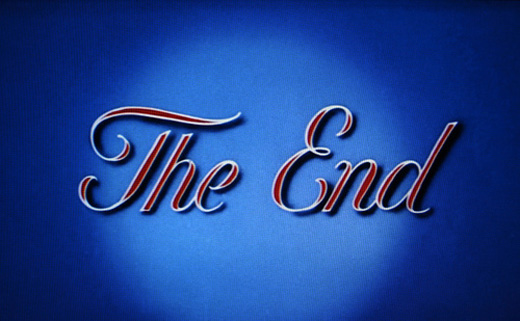 I do a lot of searching the web for articles about Baby Boomers. A part of my responsibilities as the Director on Aging and Older Adult Ministry, is to be on the forefront of theories about Boomers, because as we Boomers become oldish (see earlier post about what terms to use for us) strike that of us who are maturing, we will change aging, retirement, and the final phases of life. We have changed everything else: adolescence, youth, young adulthood, being grown-ups, so we will definitely change aging and old… there goes that word again, age. I also have a reading list of many of the recently published books on Boomers which I am slowly but surely whittling down by reading them. My plan is to eventually be an expert for the church on who Boomers are and how we are changing Retirement and Last Chapter lives.

While doing this reading and research, one of the more interesting things I have discovered is a blog post which I came across. It was from a funeral director named Rochelle Rietow. It was entitled 14 Things You Need to Know About Baby Boomers. The blog is intended to be read by the funeral industry because it is entitled funeralOne Blog. Apparently funeral directors believe we boomers will change the dying biz like everything else we have laid our hands on, and they want to figure out how to market dying to boomers. Perhaps, I thought I should see their take on dying for boomers to understand better how the church who is in the dying business should market its services too.

As a result I read and re-read this Blog. I found it fascinating because it was full of advice for how to properly market funerals to Boomers and it seems to be a parallel universe about how to market the church to boomers. No puns please of marketing a dying institution to the dying. This blog was very revealing about how we boomers view death, and contained useful information that funeral directors and churches need to know to be able to provide different but somewhat similar services.

When we get old, strike that (I had a temporary case of the forgets since boomers do not like or use that dirty word which begins with an o...) when we mature we do think about death. We cannot help it because it becomes something which we experience over and over again in the death of parents, teachers, coworkers, etc. who are older than us and this accelerates as our circle of friends and we too age. It is also something which forces us to think of our own mortality as we know spouses, neighbors, friends, and even children who pass from us. It is also a part of our natural psyche to begin to think about whom we have been, what has been our ultimate purpose in life, and begin to face the end of the road.

Interestingly, according to the funeral home blog, we Boomers have thought about death a great deal more than our parents, especially when our parents are Builder Generation or Silent Generation parents. No we have a different approach to death. The silent generation approached death as one of those things, a person accepted but did not think or talk about it very much. Kind of a "suck it up" philosophy since you can't stop it or do much about it there is nothing to do but to carry on approach. But we boomers are the kind who feel the opposite. We want to talk about death and dying because in doing so we feel like we can control it or at least we are still be in control of our lives and destiny.

So in this Funeral home blog #10, #11, & #12 did not surprise me in the least as the kind of things Funeral directors need to know to market and appeal to Boomers: the blog pointed out we BB's are interested in talking about death, we BB's want control of our stairway to heaven, and we BB's want to pre-plan their funerals. These three items suggest as does the whole blog, one central point: we Boomers want to wrestle control over when and how we experience death. Why?

In survey after survey, death and decay or decline of the body or mind, are always at the top of what we boomers fear in life. What we fear is important to motivating Boomers because it is what is on our minds. We then are thinking about death as we grow older. Unfortunately our thoughts are usually how scarey the unknowns of death are and so we are trying to hedge our bets, by figuring out a way to control death's onset. It is a great part of the youth and wellness movement among Boomers. If we look young then we are young. If we are young then we do not have to worry about death for a little while until we get old. This mindset is seen in the fellow Boomer who told me once, "I am hopeful they will find a cure for Old Age in my lifetime and I will not have to ever worry about death or dying."

But there are some things in life we cannot control. Others still we should not try to control. Death is indeed one of them. I am not sure I even want to control death. There was a movie about 15 years ago and one of the characters told the story of becoming unable to die. It was entitled "Long Green Mile." Apparently he had been healed of a digestive disorder by this prisoner he guarded as a guard who had remarkable powers. As a side effect of this healing his aging process had been delayed or postponed, making him over 110 years of age and not looking a day over 70. He complained about his condition, because he had no friends or family left, and that he really was tired in life and wanted to move on to the next realm.

Every good story has to have a good ending, including the story of our lives here on earth. Would you rather live a long time or live a great time for a short while in life? Just prolonging life doesn't mean a person is living their life. Because I have learned that I can't control so much in life, I would make the later choice to live a great life over just living an inordinately long life. So as a result I am looking forward to what is out there beyond death. I am just not looking forward to it anytime soon. After all I am still a Boomer, and I would love to squeeze as much into life here before I go. I would love for the choice to be up to me. Did I happen to mention I am a Boomer. I do like having control sometimes.