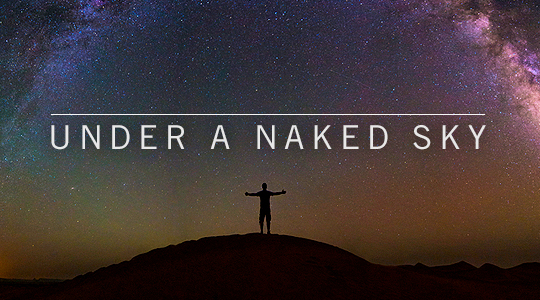 “Sticks and stones may break my bones, but words will never hurt me.” That’s how I remember hearing that phrase around my pre-teen years. A version I recently heard sounds more accurate: “Sticks and stones can break your bones, but words can never hurt you…unless you believe them. Then, they can destroy you.”1 Painful words hurled at us can linger long after the words were spoken. In fact, superficial labels can define us, if we let them.

The reason these superficial labels cut so deep to the point of being identity-defining is that structures (religion, government) previously serving the purpose of framing our identity no longer do so meaningfully (See the blog posts, “Deranged Art,” part 1 and part 2.) This leaves the individual having to do the work of identity formation (religious and general) in a vacuum. Yet, this burden also presents an opportunity for identity negotiation.

Robert Wuthnow, sociologist and author of the book After Heaven, makes the interesting distinction between “spirituality of dwelling” and “spirituality of seeking.”2 A spirituality of dwelling emphasizes order and authority. Stated briefly, this is “temple” religion. This means there is significance to such things as geography and dress. For example, if you could drop yourself into a church in the 1950s, you could easily determine who the clergy were because they would be wearing robes. People encountered God in the local congregation, and they usually wore formal clothing that was appropriate to a sacred space.

A shorthand way to think of a spirituality of seeking is “tabernacle” religion, with an emphasis on fluidity. Think of how the tabernacle in the Old Testament moved with the people. This type of spirituality deemphasizes the split between the sacred and secular. Think of a contemporary congregation where there is probably no distinction between what the clergy and the members of the congregation wear. Everyone tends to dress casually. The similarities of modern office buildings to some recently built church campuses also shows the trend away from distinctively sacred space. The demarcation between the sacred and secular is fuzzy if there is demarcation at all in today’s culture.

Thus without the emphasis on authority and geography, today’s culture functions much more out of the spirituality of seeking framework. Though this carries with it certain shortcomings (such as the individual becomes the sole gatekeeper of authority), the benefit is that individuals have more skin in the game. With fewer recognized authorities, we have a significant role in negotiating the shape of our identity. This role involves greater responsibility for individuals to be intentional and introspective about the nature of their identity.

A spirituality of seeking places the emphasis not on the static “Who are we?” but on the more dynamic, “Who are we becoming?” This, too, has positive attributes when it is connected with the biblical notion of the God who travels or “tabernacles” with us and the idea that we are continually being transformed by God’s grace. Instead of the superficial labels others cast on us, the defining label of our identity is that we are people who are living out our baptism.


1 Charles F. Glassman, Brain Drain The Breakthrough That Will Change Your Life

2 Wuthnow, Robert. After Heaven: Spirituality in America Since the 1950s. Los Angeles: University of California Press, 1998.