“The White-Robed Army of Martyrs Praise Thee”: A Review of “Martyrs Prayers” 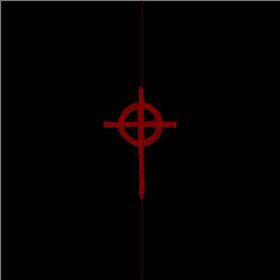 It's a day we remember those who have died in Christ, and with whom we have hope to be raised at the Last Day.

It truly is a day for remembering all the saints.

And when we remember all of them, among them we also remember those who died not simply as Christians, but actually because they claimed the faith of Jesus.

These we call the martyrs, "the witnesses."

Revelation describes their voices, first crying out from under the heavenly altar, then being joined by countless throngs, all dressed in white robes, hailing the victory of Jesus over sin and death. The ancient Christian hymn, "Te Deum" ("We Praise You, O God"), UMH 79 and 80, lists them among all the company of heaven who sing to God in endless praise, along with angels, all the powers of heaven, cherubim, seraphim, apostles, prophets, and with them, the whole church throughout the whole world.

But who are these, robed in white? What did they die for? And how did they die? What words were on their lips as this life was taken from them, or as they knew their deaths were near at hand?

Martyrologies over the years have collected stories of some of their deeds and some of their last words, at least for Christians who lived and died in Europe. Foxe's Book of Martyrs, whose original edition ended with the persecutions under Queen Mary I of England, has been perhaps the best known and most widely republished of these in the English language. However, it was also the work of a controversialist, a Protestant who himself had fled persecution in England to join with other Calvinist Protestants in Basel, Switzerland. (Basel was one of several "safe haven" towns for some English and French Protestants fleeing persecution in the mid- to late-sixteenth century). So while this book has enjoyed an enduring legacy among Protestants, if also infamy among Roman Catholics, it is hard to know with clarity where its accuracy ends and its editorial embellishments begin.

Scholars of every denomination have been at work since the time of Foxe, and particularly since the late nineteenth century, seeking to recover and present a more accurate picture of the stories and prayers of these and other Christian martyrs throughout the centuries and throughout the globe. However, much of this work has remained in academic essays and libraries, not exactly accessible to, much accessed by, a wider public.

This is why I find the just-released music and video project Martyrs Prayers, by United Methodist musician, singer and deacon, Michael Bell, and Episcopal priest and scholar, The Rev. Dr. Duane Arnold, such a compelling collection. I'd mentioned it earlier on the United Methodist Worship blog,back at a time when the project was still very much in a developmental stage. The tracks I'd heard then, I thought, embodied well a line from Medieval rhetorician, Geoffrey of Vinsauf, "Permit an old word to regain its youth by giving it a home in another situation where it can be a novel guest, giving pleasure by its strangeness."

Today, for many Christians, the stories and prayers of martyrs are at best "old words" locked in "old books" or "old libraries." They are also rarely guests at all, much less novel guests. But thanks in part to this collection, they may become more familiar and welcome guests. We can all hear them, and we can share them in study and worship, in all their wonderful strangeness, with fresh new arrangements in music, comprehensive liner notes with background and lyrics, and an expanding video collection.

The prayers of some of the "White-robed army" we meet here are confident in the face of death. Here's a prayer from Thomas Beckett, Archbishop of Canterbury martyred by knights of King Henry II in 1170:

Into your hands, O Lord,
I commend my spirit.
For the name of Jesus,
and in defense of the truth
I am willing to die.

Others show vulnerability and trust, such as the prayer of the nineteenth-century Korean Roman Catholic martyr, John Ri:

The sins of my entire life,
by which I have offended you
weigh me down like a mountain
of my own creation.

I wonder what will be the end of all of this.

I cannot bear this alone,
but your strength will keep me from falling.
The prayers of others will uphold me
in my time of need.

Some even speak words of forgiveness and blessing, such as this anonymous prayer found at the Ravensbruck concentration camp, bearing witness to the all-forgiving love of God:

Lord, remember not only those of good will,
but remember also those who have hurt us, and those who have killed.
Remember the fruit of courage, generosity, the greatness of heart
that has grown from this cruelty.
When all who have hurt us come to be judged by You,
may their forgiveness be found in our company of love.

I, for one, hope this project represents the beginning of an outpouring of memorable, singable prayers of martyrs and saints, from many composers, many cultures, in many languages and genres.

We have needed these prayers of martyrs ringing in our ears as their words of faith, hope, love and longing continue to flow from the heavenly altar and greet our Lord at his final victory.

We have needed to leave off our habit of only occasionally mentioning or singing of martyrs, and then perhaps as idealized abstractions, and start hearing their prayers, singing their songs again, or for the first time.

And we have needed their prayers put to accessible music, that they may become our songs as well.

Perhaps, if their prayers become our songs, more of us will be able to answer the question the album's liner notes and the project's website asks us: "What would you die for?"

And when we can do that, perhaps we will know what it means to join the praises of that White-robed army we remember on All Saints... including this white-robed soldier of Christ.