Discipleship Ministries | Reflections on the Movie “I Can Only…

Reflections on the Movie “I Can Only Imagine” 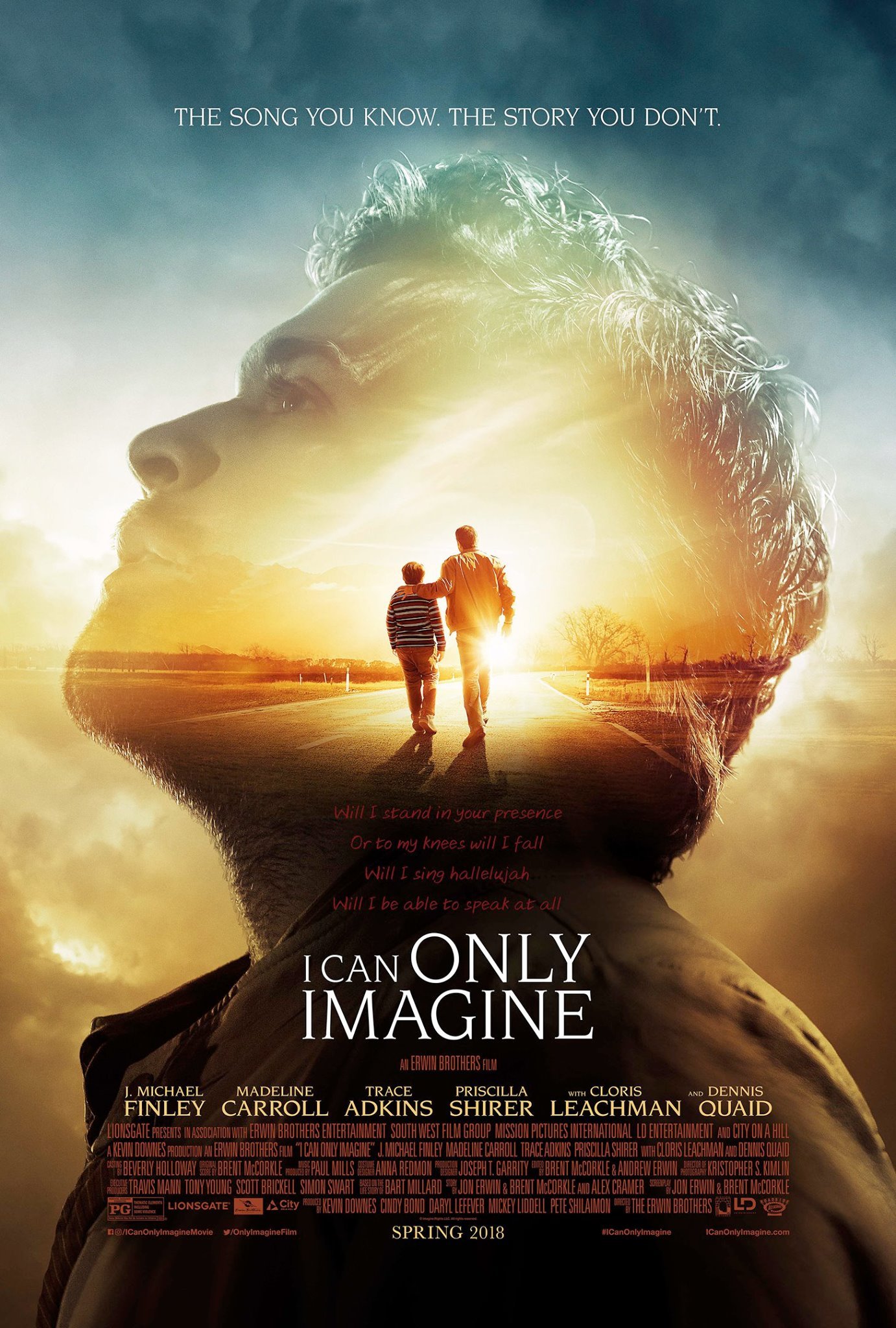 One of the more recent Christian faith-based films showing in public theaters and promoted by churches and other faith-based organizations, I Can Only Imagine touches on a number of issues relevant to marriage and families. The abusive behavior of the husband and father drives his wife to leave, abandoning their elementary-school aged son, Bart, to his father’s care – or lack thereof. This wounded family has enough connection to a church that the boy gets to spend time at a Bible camp, and he finds solace and escape in Christian music, most notably the music of Amy Grant. Bart struggles to please his father, whose reactive and often violent behavior seems like that of an alcoholic or addict or a victim of abuse himself. In spite of the love and devotion of Shannon, a girl he met at Bible camp, Bart becomes increasingly bitter and leaves home as soon as he can.

Although he finds a place for himself as a singer and songwriter and becomes part of a band, his hurt and anger at his father continue to trouble him. A Christian music producer sees Bart’s potential and encourages him to go deeper if he wants to write a hit song. Bart heads for home, where he discovers his father has changed and is dying of cancer. Their visit gets off to a rough start, but they do break through their pain and anger and reconcile. When his father dies, Bart gets the inspiration for I Can Only Imagine, which did, in fact, become a hit.

Church leaders and members might do well to consider how many broken families like this live in their communities.

Church leaders and members might do well to consider how many broken families like this live in their communities. Even a minimal involvement with children from homes like Bart’s can plant a seed that may bloom into faith later in life. There is no hint in the film that any adult in the church develops a real relationship with Bart, which I suspect might have made a bigger impact on his life. Shannon persists in loving him and praying for him, even when he treats her dismissively. I think a mother- or father-figure might have been able to reach him on a deeper level. I personally know sincere Christian laypersons as well as clergy families who have informally “adopted” children and youth who need a surrogate parent and role model, giving them hope and a vision of a different life.

Although we never learn the story behind the father’s anger and violent behavior, the film humanizes him by giving glimpses of his regret, self-loathing, and inability to control himself. He projects that negativity onto those most precious to him, seeming to try to justify his own failings by demonizing his wife and son. I wonder how many men actively or marginally involved in church privately struggle with their own sense of self-worth and sometimes out-of-control behavior. How many women are hiding the pain of abuse they experience? How does our ministry touch those lives and provide an opening through which God’s love can bring redemption and liberation? How do we humbly bring the living gospel to those beyond our walls?

Several other articles on this website offer deeper insight and guidance: “Shedding Light on Domestic Violence,” “Nurturing Recovery from Verbal and Emotional Abuse,” “Desperate Marriages: Moving Toward Hope and Healing in Your Relationship,” and “Healthy and Effective Communication of Anger.” There is much we can learn to make us more effective instruments of God’s love; I believe the first step, however, is to reach out to fellow human beings as our brothers and sisters in Christ, avoiding any semblance of superiority or judgment, opening the way for God’s redeeming love to transform lives.

Jane P. Ives is a United Methodist Marriage and Family Ministries from Portland, ME.