The recent murder of a young woman in Maine, lured to her death by a phony Facebook message, and similar crimes frequently headlined in our daily newspapers remind us of how desperately we need to establish practices to protect children in our communities. Other highly-publicized cases have raised our awareness of the abuse perpetuated by coaches, priests and pastors, and other leaders into whose care we entrust our children and youth. We may be less aware of the tragic fate of children kidnapped and exploited by those who produce pictures and videos for the prolific child pornography industry. In his 2012 book The Evil and the Innocent (see Additional Resources PDF), Senator Bill Diamond describes in horrific detail the tragic fate of these children, often forced into prostitution and sometimes tortured until they die in so-called “snuff” videos. According to an article in the January 15, 2014, Faith in Action: News and Views from the United Methodist General Board of Church and Society, human trafficking is one of the fastest growing organized crimes in the USA, victimizing an estimated 100,000 children and young women, ranging in age from 9 to 19. (Tamica Smith Jeuitt, “A Dehumanizing Crime: Mississippi Tackles Human Trafficking”) 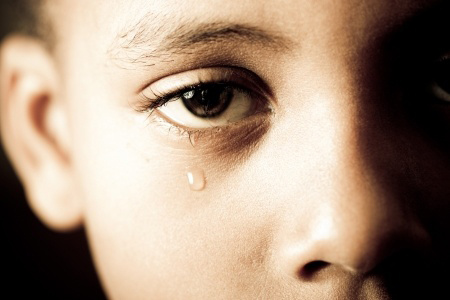 Sadly, some children are abused — physically, emotionally, and/or sexually — by their parents or guardians, and not just in economically-disadvantaged homes, as some might suspect. Those who were abused as children have a high risk of becoming abusers themselves, once they experience the pressures and demands of parenting. Fact sheets posted at www.preventchildabuse.org, describe proven prevention strategies that churches could implement and/or promote: support programs for new parents; parenting education; child and family screening and treatment; child care; therapeutic treatment for those who have been abused or neglected; interpersonal skills training for children and adults; family support services; and public information and education.

Our children are at risk, not only because of those who betray their trust, but also from the toxic influence of media and online pornography. In one study, 90 percent of children ages eight through sixteen reported viewing pornography online, mostly while doing homework. The largest consumers of Internet pornography have been shown to be twelve through sixteen-year old children. (See Protecting Your Family Online: A How-To Guide for Parents.)

Even very young children may inadvertently click on links to pornographic images and sites, some of which are designed to appeal to natural curiosity about and interest in our bodies and in relationships. What they reveal, however, is not natural or healthy, but perverted and corrupt. Pornography establishes unrealistic expectations and may spoil the capacity for real relationships. Studies from multiple sources, including the American Psychological Association, confirm that repeated exposure to sexualized images may lead to depression, promiscuity, eating disorders, substance abuse, and other self-destructive behaviors.

In addition, popular television programs and music videos often present poor role models for dating relationships and sexual activity. Much of advertising, as well, promotes unhealthy values, leading girls, in particular, to internalize fears of not being thin enough, which often leads to depression and eating disorders. Although we cannot protect our children entirely from exposure to such influences, we can equip them to process and understand them for what they are. Producers of such media seem to ignore the negative consequences of the lifestyles they portray and the influence they may have on individuals and groups.

Since 1975, various trustworthy agencies have testified about the clear link between media and gaming violence and increasingly aggressive and violent behavior by children. Entertainment violence not only stimulates aggressive attitudes, values, and behavior, especially among children, but also emotionally desensitizes people to violence in everyday life. Yet violent programming has increased in every television time slot, and – without Cable Choice, many parents pay for programming they don’t want and that is harmful to their children. (Source: “When Are We Going to Learn?” The Parents Television Council, PTC Insider: Vol. 15 #1 January 2013, page 7)

Media and peers may also influence children to experiment with addictive substances. Not every person who experiments will become addicted, but there is no clear way to predict who will, except that evidence suggests a genetic link. The high school in Waterville, Maine, where I taught in the early 1980s, held substance abuse awareness programs, based on research coming out of Hazelden, a highly respected private non-profit addiction treatment center based in Minnesota. I learned that those who begin using alcohol or drugs before their brains have fully matured (which is usually in the 20s) are most at risk, since instead of learning to cope with life and relationships, they rely on drugs to get them through social and other challenging situations. They may at first use alcohol, marijuana, heroin, or prescription drugs because they like how the substance makes them feel. As addiction progresses, they need the drug in order to feel normal. The National Institute on Drug Abuse (NIDA) website revised their document “DrugFacts: Nationwide Trends” in January 2014, noting a significant increase in illicit drug use since 2002, especially in the use of alcohol and marijuana. Churches would do well to initiate and/or support community programs to educate parents and youth about the dangers of substance abuse and about the symptoms of and treatment for addiction.

In the fall of 2013, the American Academy of Pediatrics published new guidelines advising against excessive use of television and electronic devices. They suggest limiting “screen time” to two hours or less for children, and none for children under two; and they strongly advise that televisions and Internet devices be used where parents can easily monitor them. Among the negative effects of excessive screen time described by the Mayo Clinic are impaired academic performance, behavior problems, and lack of independent and creative play skills.

Reading about these dangers may make parenting seem an arduous task, and indeed it is challenging to set rules, communicate clearly, and resist the temptation to let children do whatever they want to do. Children are precious gifts from God, entrusted into our care. Churches can help families and communities protect children, not only to keep them safe, but also to support them in fulfilling God’s highest purpose for their lives. After the following list of suggestions, you will find more detailed descriptions of “Resources for Protecting Our Children,” including information about specific programs named among the suggestions and marked with an asterisk.

For more resources and websites, download
Additional Resources for Protecting Our Children [PDF].

As members of The United Methodist Church, we are called by God to make our ministries safe and to protect children, youth, and vulnerable adults. . .

Conversations revolving around the state of our union and race and racism need to happen, no matter the age of the child. Discipleship and faith . . .

This Holy Week and Easter will be unlike any in recent memory. Families will not be gathering with their church families to participate in Easter. . .