“Above all sing spiritually. Have an eye to God in every word you sing. Aim at pleasing him more than yourself, or any other creature.”
– John Wesley, "Directions for Singing in Worship" (from Select Hymns, 1761) "Song Selection within The Wesleyan Framework"

It can be daunting to think of the number of details that go into making Sunday morning a success for the average worship leader—instruments need to be tuned, singers warmed-up, musicians rehearsed, scores and lead-sheets available, mics working, mixes satisfactory—but perhaps it’s even more daunting to think that before even a single mic is checked, guitar is tuned, or singer sings a note, the success of your worship services has already largely been determined by decisions made well before Sunday morning.

While certainly less glamorous than conducting rehearsals or leading worship, crafting a thoughtful and prayerfully-considered selection of songs might be the single-most effective way a worship leader can lead. After all, a well-planned set should 1) Establish the tone and atmosphere of the service; 2) Strengthen the focus of the pastor’s message; and 3) Above all, facilitate an opportunity for genuine worship. It’s not always easy to predict with total accuracy the effectiveness of our musical planning, but by balancing a few parameters in the selection process we can put ourselves in the best position possible for organic, Spirit-led worship experiences to occur.

Knowing who you are trying to reach is just as important in church music as it is in any other artistic endeavor. Forcing a Southern-gospel congregation to sing songs from the latest Hillsong album isn’t going to go over well. Choose music that resonates clearly with the identity of your worshipers.

2. Develop a set list that your congregation seems to have ownership of.

You can deeply feel that difference between a song someone knows and a song someone owns—the words are sung with more intensity, the melodies with more abandon. When a person feels as if the lyrics are flowing from their own heart and not from a songwriter’s pen, worship becomes meaningful. New or unfamiliar congregational songs should of course be introduced, but with the following litmus test: Why does this song, more than any other worship song, facilitate worship?

When feeling out what music your congregation has ownership of, a good place to start is by looking at lists published by such organizations as CCLI or Praisecharts.com. This is not an effort to stay “cool” or “trendy,” but rather to simply see what has produced effective worship in other churches. Since songs on these lists will also likely be songs regularly played at other churches and on Christian radio, they will likely be more familiar to your church’s congregation and visitors and encourage more participation in worship.

Overusing songs that the congregation has ownership of will cause them to lose their novelty. What constitutes “overusing” is a matter to some subjectivity (in our church we typically let a song sit out for at least a month before it’s reused). On the flip-side, new music introduced to your congregation will likely have to be performed several times throughout the year before ownership status is reached, though again it need not be performed so often that its freshness dissipates.

Work closely with your pastor and worship team to narrow down the theme of the Sunday and let it guide the song selection process. Try to get beyond surface-level associations to the real heart of the scripture: If the morning’s message is about God’s vision for the church, instead of just selecting songs with the words “eyes” and “sight” in the chorus, could the focus be narrowed to songs about learning to trust God, how God has been faithful in the past, or learning to become obedient?

Each church has a different order of worship to contend with; the flow of your songs should complement the overall dynamic of your service. An example of a three-song opening-set might go something like this:

When songs don’t seem to flow well together musically, see it as an opportunity to add variety to your service by incorporating non-musical liturgical elements to buffer the transition: read a scripture, do a responsive reading, pray, speak (briefly!) about the theme of the morning and how the song you’re about to sing emphasizes it, etc. Adding variety to your set is vital to the health of your week-to-week worship.

7.The space between the music is also worship.

What happens between songs and other parts of worship is just as important for maintaining atmosphere as the songs themselves. In regards to the song-selecting process, this specifically has implications for making sure key-relationships are not jolting – ending a mid-tempo song in E and abruptly modulating to a prayer ballad in B-flat is a subtle but surefire way to muddy your ambience.

Song selection is its own form of worship for us as worship leaders. As you plan, search for the moments in your set that make you feel the sacredness of what you’re doing. It’s only when you yourself truly feel the holiness of worship that you can lead others into feeling holiness. Will it always go exactly as you planned? Hardly, and thank God it doesn’t – for it’s in the spontaneity of the Holy Spirit that our own plans are turned into something far more beautiful than we can envision ourselves. Worship genuinely in your song selection as you lead others to worship. 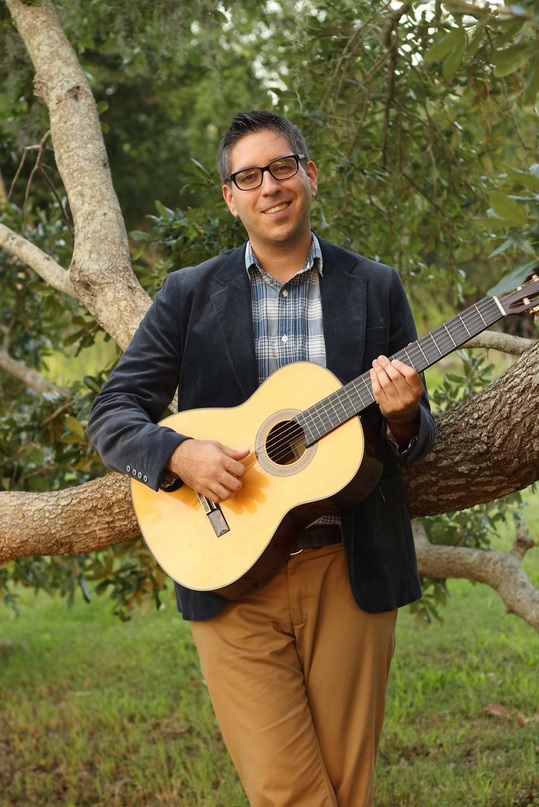 A classical guitarist, composer, and arranger whose playing and works have been described as “…invitingly poetic” (Boston Globe), Jonathan Godfrey has performed recitals throughout North America, won prizes in several performance competitions, and garnered a multitude of recording credits (including solo works for the Embassy of Spain and the Indiana University Jacobs School of Music).

Godfrey's original compositions have an international appeal among ensembles and soloists in Mexico City, Sao Paolo, Belgrade, New York, Indianapolis, Atlanta, and Sarasota, among numerous others, and in 2011 he was honored to be named Grand-Prize Winner of the Boston GuitarFest International Composition Competition for his now oft-programmed Sonatina for Solo Guitar. A passionate arranger of music for the guitar from a wide variety of sources, some of his varied source material includes the music of Deadmau5, Steely Dan, Eric Whitacre, Stravinsky, Pat Metheny, and the folk-music of Korea.

Godfrey counts among his former guitar and composition teachers Ernesto Bitetti, P.Q. Phan, Aaron Travers, and Grammy Award-winning guitarist Jason Vieaux. He holds his Bachelor of Music from LaGrange College, his Master of Music from the Cleveland Institute of Music, and his Doctor of Music from Indiana University. He currently resides in the Tampa Bay area where he serves as a guitar faculty at the Manatee School for the Arts, the Artistic Director of the Parrish Music Academy, and the Director of Worship Arts at Parrish United Methodist Church.

Following are two new offerings from gifted worship and music leaders. We hope you will find them helpful for your in person or online worship se. . .

In Our Distress, O Lord, We Cry

This hymn, written by S T Kimbrough, Jr., reminds us of God’s presence with us in times of grief and distress and the power of love over hate.. . .

‘Hail the Days of Resurrection’

Darren Cushman Wood has written a hymn celebrating the season of Eastertide and Christ’s victory over evil and injustice.. . .