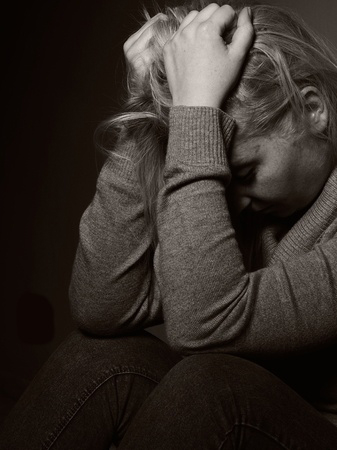 More than ten years after her husband died, a friend of mine still struggles to understand and recover from the effects of his verbal and emotional abuse. In poignant poetry, she processes memories and current feelings, wonders whether she was wise to stay in the relationship, why she was unable to speak up against his negative, controlling attitude toward her, unable to deflect his demeaning words and behaviors. She ponders childhood experiences that damaged her self-esteem and confidence, and she recalls the comfort and help she has found in the church through the years. A deeply sensitive soul, she gave her heart to Jesus at an early age and never doubted God’s love for her; but when her husband’s words and actions cut deep, she slipped into the role of subservient wife, learned from her mother. It did not help that when she attempted to be open, to tell pastors or other church members about the struggles in her marriage, she was basically told she had no reason to complain, that she should try to understand and respect her husband. It might have made a difference if someone had explained that his behavior was verbal and emotional abuse and that the usual strategies for improving a relationship would not work.

What is verbal abuse? Patricia Evans, a highly acclaimed interpersonal communications specialist who has written several helpful books on the subject, states, “If you have ever heard something said to you or about you that, if believed, would lead you to assume that you are less than you are, different from whom you know yourself to be, or even not who you are, you’ve heard verbal abuse.” 1 Verbal abuse, even more than physical abuse, may cause wounds that are long lasting and difficult to heal, perhaps because it is not always recognized as abuse. Sometimes verbal abuse is obvious, as in making mean comments, name-calling, or taunting. Sometimes it is subtler, as in ignoring someone or pretending a put-down is “only a joke.” 2 Verbal abuse is emotional abuse; its damage may be invisible to the eye, but it is revealed in the diminishing of a person’s lack of self-esteem and confidence and trust.

Behind verbal abuse is a compelling force, driving someone to seek control over other people and life itself.3 Verbal abusers, often victims of such abuse themselves, live in a pretend world where there is only one right and acceptable way, where people win any way they can and get mad if they don’t get what they want, where survival depends on being in control and proving themselves superior.4 Verbal abusers may be motivated by their own lack of self-esteem and confidence, in spite of their apparent over-abundance of both. They may, in fact, so fear being alone or the separateness of another person, that – unaware and subconsciously reactive – they behave in ways that drive others away.5 Hearing verbal abuse either at home, at school, or in any other setting can make it seem normal. The pattern gets passed on from generation to generation, because children who are taught to doubt themselves or to distrust their inner reaction to what is happening and what they feel, may learn to disconnect from sensory information, emotional experiences, and intuition.6 Hence the importance of teaching people how to recognize verbal abuse, name it, and counter its negative impact.

In The Verbally Abusive Relationship: How to Recognize It and How to Respond, Patricia Evans points out that people experiencing verbal abuse often do not recognize what is happening because they learned early to doubt their own feelings.7 Marriage and family-life education that teaches and encourages people to own and express their feelings – without attacking others – and to listen empathically, trying to understand the feelings of others, is essential to emotional and relationship health. It is also important for congregational dynamics to model and nurture equality instead of inequality, partnership instead of competition, mutuality instead of manipulation, goodwill instead of hostility, intimacy instead of control, and validation instead of negation.8 Pastors who understand these concepts can raise the awareness of their members through sermons and other presentations and by monitoring and responding to interactions within the congregation. And of course, the assurance of God’s love for every individual, goes a long way in helping people feel valued and loved.

In addition to a sure knowledge of God’s presence in her life, my friend credits two very special friendships with enabling her to know herself as a beloved child of God in spite of the verbal abuse she suffered. Imagine the damage that might have been caused without those influences in her life! It takes extraordinary self-esteem and confidence to recognize that someone you love is living in a different reality and is driven by a compelling need to be right, to prove himself/herself superior, to maintain control. It also takes great courage to speak up for yourself in such relationships. On a few occasions, when my friend spoke up firmly, her husband changed his behavior. Had she understood more fully what was happening, she might have spoken up more often, but his threats about taking the children and other fears caused her to hold back.

How then can churches minister effectively with those experiencing verbal/emotional abuse or seeking to recover from its effects? First, we must understand that such situations are more prevalent than we want to believe, especially if we live in a church community that values putting on a good front and denying problems. We must keep on preaching the gospel of God’s love for all in addition to teaching and practicing healthy relationships, educating people to recognize unhealthy behaviors, and helping those who would follow Jesus learn to respond to others with empathy and understanding, instead of judgment and denial. We need to know of counselors trained and equipped to deal with problems related to verbal abuse and of support groups and not hesitate to make referrals or general recommendations. Support groups that provide honest feedback and a sense of community, as well as validation of both feelings and experience, provide the most nurturing setting for recovery.9

“For surely I know the plans I have for you, says the Lord, plans for your welfare and not for harm, to give you a future with hope” (Jeremiah 29:11, NRSV).

3. Patricia Evans, Controlling People: How to Recognize, Understand, and Deal with People Who Try to Control You (Avon, MA: Adams Media Corporation, 2002), 7

7. Patricia Evans, The Verbally Abusive Relationship: How to Recognize It and How to Respond, (Holbrook, MA: Adams Media Corporation, 1996), 27