This post is in response to another one by my colleague Chris Wilterdink of Global Young People's Ministries. Click that link and go read it. Chris's post provides a really helpful and easy to follow summary of recently released marketing research about teens and young adults, conducted by MTV. And then he offers some preliminary reflections about ways these findings may apply to ministry with youth more broadly. His observations about how churches and ministries with youth might look at how they're using social media platforms is particularly valuable.

My post won't make a lot of sense unless you read his first. So go do that. Then come back and read the rest of this. I'll wait!

Okay. So maybe I've been reading too much James K.A. Smith and Brad Strawn of late (both in Kindle editions, btw), but after I read Chris's post this morning I couldn't help but find myself feeling at once awestruck and deeply concerned about the degree to which the media and entertainment culture is not only seeking but succeeding at being the primary formational platform and community for all of us, and not just the younger Millennials.

Think about it. The folks being described in the MTV study are using smartphones to connect via Facebook, Twitter, Instagram, Tumblr, as well as Pandora (and/or Spotify) and SnapChat (not mentioned by MTV). These smartphones are constantly on their bodies, if not in their hands. 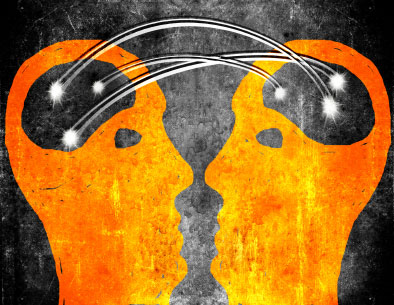 Well, let me be more personal -- on my body and in my hands, too. The embodied practices that become nearly if not actually automatic for those of us (myself included!) who are always online are impressive and multi-layered. We often respond almost immediately to notifications the smartphones or tablets or notebook computers give us (a sound, a vibration, a blinking light, or a highlighted tab in the browser). Even if there's been no notification, we're likely to check in anyway, multiple times an hour, just in case we missed something or have something we think we have to say or share. Our eyes are fixed on screens, and our hands on manipulating images and (usually) virtual keyboards almost constantly. Being almost constantly in the flow of all of this makes us feel good and part of it all. And being away from "the flow" for too long makes us feel anxious, sometimes distractingly so.

And that's just in terms of our practices with the hardware itself, not counting the bodily and mental ways we interact with the software that presents our virtual connections to us. How we are on Facebook may differ subtly or substantially from how we present ourselves in the idioms of Twitter, SnapChat, Instagram, or Tumblr.

To be sure, this is a very limited kind of bodily formation -- focused on eyes and hands and perhaps ears, or that sometimes phantom vibration wherever our devices are pocketed. Perhaps with the exception of what we might occasionally perform for SnapChat, Vine or the brand new Instagram Video, the rest of our bodies are almost completely out of it. (To be sure, much the same could be said for the personal computer, on which many of us do the vast majority of our actual work these days!).

And so it's a formation that says, for the most part, that what matters most are our ideas and feelings that we might express best, perhaps, with few if any other bodies around us with whom we are interacting in real time, and not how we interact with each other with our whole bodies. Gnostic formation for the 21st century!

But that's not all for many of us. We're not typically interacting with just one screen at a time. Add to that tablets, notebooks, netbooks, ultrabooks, phablets, or for the chosen few Google glasses.

More and more of us, of many ages, are always on, and often available and interacting through multiple screens at once. It's media multi-tasking on full display, with all the unintended consequences that entails. Put us in a room with each other, without these screens, or without wi-fi or cellular data, and we hardly know how to act.

As I wrote to Chris after reflecting on this, we're looking at perhaps the most successful channel for hijacking the dopamine systems of our brains yet devised.

And, as I went on to say, that's a huge challenge for the church -- one we've probably not quite gotten our minds around just yet.

Here's why. Dopamine does not build community. And it does not generally reinforce those behaviors that are conducive to sustainable community. It gives us individual highs that, in the end, actually isolate us rather than bind us to others. It makes us feel good -- for a moment -- but does almost nothing to enable us to DO lasting, sustainable good in the world. And not long after the moment, as I've already described above (and probably a lot of us can relate to!), it leaves us feeling anxious.

If this pattern of feeling good and then feeling anxious until you can do X again sounds like addiction, that's because that's what it is. The old phrase Crackberry to describe someone in the late 1990s and early 2000s who couldn't stop checking email on a BlackBerry device was not inaccurate. It is dopamine channels that primarily mediate addiction in the brain and body. It is not simply alcohol or cocaine or methamphetamine that hooks us, but the dopamine these substances cause our bodies to transmit, uptake and release in excess.

So, these instant-on, always on channels of formation and communication that are native practices among many of us (and not just millennials!) have powerful implications for our formation. Indeed, to the degree we are participating in them, they are forming us. Profoundly.

But the question is, formation to be and do what?

These screen-mediated technologies are brilliant at generating interest and keeping people connected to the entertainers and others they follow in consumeristic fandom.

But how does the near-constant hijacking of our dopamine systems do much, if anything, to help us be or form others as disciples of Jesus Christ?

How does a richly (if also narrowly) embodied formational process that keeps us locked into pursuing our own individual (and disconnecting!) dopamine highs, help us "to be for the world the body of Christ, redeemed by his blood?"

I would like to put a word out there to describe this other formational process in which so many of us are so constantly embedded we may barely even notice it: daemonic. I use that in its etymological sense. Daimon in Greek means other. More specifically, it means an other that exerts controlling influence in our lives, that colonizes us and directs us toward its own ends.

And Chris and I would like to pose some more big questions in response to all of this.

I'm no Luddite, as any of you who know me or have seen me interacting via email or social media know. I'm very much enmeshed in the very issues I'm asking about. And that's why I'm asking.

What do you think? Where do we go from here?