Discipleship Ministries | History of Hymns: “Come Out the Wilderness”

History of Hymns: “Come Out the Wilderness”

Come Out the Wilderness,
African American Spiritual;
The United Methodist Hymnal, No. 416.

Growing up in a black Catholic church, I was very familiar with singing spirituals. We sang “Every Time I Feel the Spirit,” “Wade in the Water,” and “Steal Away to Jesus.” “Come Out the Wilderness” was not a spiritual that was prayed in my childhood congregation. Like most spirituals, as Sister Thea Bowman, F.S.P.A. (Franciscan Sisters of Perpetual Adoration), Ph.D., notes, “The music comes from a people who share and claim a common history, common experience, common oppression, common values, hopes, dreams, and visions” (Sister Thea Bowman, The Gift of African American Sacred Song).

The development of spirituals is found in the interaction of the African slaves and the white slave owners. In this interaction, the African village became the slave quarters and congregation; the storyteller became the preacher and song leader; community participation became call-and-response; and most important, the history of the ancestors became the narratives of the King James Bible. Through the spirituals, this “new song” unto the Lord, the slaves were reminded of their homeland, and it sustained them in separation and captivity. The spirituals were created in response to all life situations and as an answer to cope with the slaves’ existence in an alien land. (For more, see Africana: The Encyclopedia of the African American Experience, edited by Kwame Anthon Appiah and Henry Louis Gates Jr.)

The Reverend Carlton Young, editor of The United Methodist Hymnal, cites William B. McClain providing a commentary on this spiritual:

In “Come Out the Wilderness,” the refrain appears first, followed by three stanzas. The stanzas are in a call and response pattern typical of most spirituals. William Farley Smith, who arranged the setting in The United Methodist Hymnal, explains: “The words of the refrain, ‘leaning on the Lord,’ come from the phrase ‘leaning on de lawd’ from the preaching of Nat Turner, the mystic who, like John the Baptist, was ‘preaching in the wilderness.’” (Carlton R. Young, Companion to the United Methodist Hymnal, Abingdon Press, 1993, page 296). Turner in 1831 led a slave rebellion in Southampton, Virginia.

In stanza one of “Come Out the Wilderness,” we are invited to think about the wilderness experience: “Tell me, how did you feel when you come out the wilderness?” The biblical roots for this can be found in the Exodus narrative that describes the Hebrews’ journey in the wilderness after escaping the captivity of slavery and sin. This stanza also has a New Testament image of John the Baptist appearing in the wilderness proclaiming a baptism of repentance for the forgiveness of sins as found in Mark 1.

William B. McClain speaks about the dualism of the spiritual. Is it possible that the “wilderness” is a place of refuge? The refrain suggests that one is “leaning on the Lord, who died on Calvary” while in the wilderness.” Scholar Melvin Dixon, in Ride Out the Wilderness: Geography and Identity in Afro-American Literature, suggests that “spirituals propose three distinct localities of alternative refuge where one might find or forge a new identity: the wilderness, the lonesome valley, and the mountaintop.” Dixon adds that the alternative to refuge is “discovery of a geography of grace.”

William Farley Smith mentions Nat Turner in his commentary on “Come Out the Wilderness.” Some scholars suggest that Turner inverted the song to direct slaves into the wilderness for meetings to plan the rebellion. In the end, we cannot be certain of this spiritual’s actual use in slave rebellions. However, a capacity for hidden expression in the text is possible: a variant stanza illustrates that point. Here is the first stanza as found in William Francis Allen’s 1867 volume entitled Slave Songs of the United States:

The dualism of the wilderness means it can be a place of refuge or a place to leave behind. It is the conversion experience of the wilderness that is most important. The wilderness is a place where one meets Jesus, and from that encounter with Christ, one’s life is forever changed.

While the texts are written using the first-person pronoun, the “I” reference is communal. The individual sings the soul of the community. In heart and voice, the congregation responds.

McClain (cited in Young, Companion to the United Methodist Hymnal, 296) suggests this spiritual is useful with the confirmation and reception of adult members into the church. “Come Out the Wilderness” may also be used at the end of the Lenten season, when the church has just journeyed through the wilderness in anticipation of meeting the risen Christ. 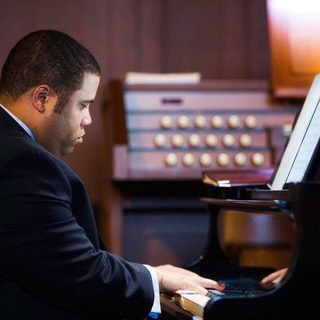 Darnell St. Romain is the Associate Director of Liturgical Music at Prince of Peace Catholic Community in Plano, Texas. He serves as Treasurer for the Dallas Chapter of the National Association of Pastoral Musicians (NPM).

History of Hymns: 'Jesus, Lord, We Look to Thee'

Christian unity is one of the richest themes developed in the hymns of Charles Wesley (1707–1788). The language of “Jesus, Lord, We Look to Thee”. . .

History of Hymns: 'This is the Feast of Victory'

The hymn form has found an ecumenical home in several Catholic hymnals, and in hymnals for the Episcopalians, Moravians, Presbyterians (PCUSA), a. . .

History of Hymns: 'Lord, Dismiss Us with Thy Blessing'

In a most unusual hymnological twist, at least four hymns share the same incipit (first line). In addition to the stanza above, Robert Hawker (17. . .