Discipleship Ministries | History of Hymns: ‘As the Sun Doth Daily…

History of Hymns: ‘As the Sun Doth Daily Rise’

As the sun doth daily rise,
Brightening all the morning skies,
So to thee with one accord
Lift we up our hearts, O Lord.

When studying the history of hymns, it is not uncommon to encounter materials that remain in the church’s repertoire even as the information surrounding the lyrics or tune have been lost to us. Such is the case with “As the Sun Doth Daily Rise,” a Latin text originally beginning with “Matutinus altiora.” It was translated into English by a J. Masters, of whom we know little, with the attribution “King’s Alfred Hymn.” This is perhaps King Alfred the Great (849-899), who ruled the Anglo-Saxon kingdom of Wessex, south of the Thames River. He was known for his defeat of Vikings who were attacking the kingdom in the 890s. This attribution seems to have been accepted in the nineteenth century.

William H. Parker, writing in The Psalmody of the Church; its Authors, Singers, and Uses (1889), describes Good King Alfred as “intelligent, pious conscientious, and in all respects far in advance of his age.” Moreover, Parker describes Alfred’s penchant for music as part of the imagery surrounding the king:

he had a musical voice, and dearly loved to sing, and was consequently an accomplished musician, taking an especial [sic] interest in the psalmody of the church. He was a hymn writer, and was the first to translate the Psalms into his native tongue. (Parker, 83).

While we can verify that Alfred indeed translated the Psalms, it was not uncommon to attach other works to famous persons during this era. Parker also cites Edwin Long, in Illustrated History of Hymns and Their Authors (1876), who claims that King Alfred wrote “As the Sun Doth Daily Rise” (Long, 40). In any case, as eminent British hymnologist John Julian makes clear, “there is no proof that any part of the Latin text is by King Alfred, neither have we found the Latin text elsewhere” (Julian, 1579). 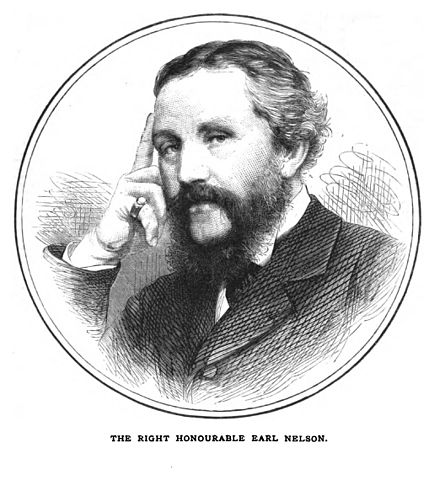 Julian gives the opening line of the hymn as “As the sun to brighter skies,” but Earl Horatio Bolton Nelson (1823-1913) recast the English text in 1864 as “As the sun doth daily rise” and included it in Hymns for the Saints’ Days, and Other Hymns, by a Layman (1864). Nelson, the 3rd Earl Nelson who descended from a seafaring family, was a British politician serving in the House of Lords. He also was a hymnal and prayerbook editor. This hymn was included quickly in other collections, appearing in the Sarum Hymnal (1864), Church Hymns (1871); Church Hymns with Tunes (1874); and The Hymnary (1872). Its use continues in a number of present-day hymnals, all with the text recast by Nelson. Nelson was an adherent of the principles of the Oxford or Tractarian movement, a renaissance in English hymnody that happened in the first half of the nineteenth century (Benson, 509); it is possible to conclude that this hymn, along with many others of Greek and Latin origin, are part of the Tractarians’ concerted effort to re-instate the ancient hymnody of Christianity to the English church. These efforts eventually led to the publication of Hymns Ancient and Modern in 1861.

“As the Sun Doth Daily Rise” is usually paired with the tune INNOCENTS, although not exclusively; MONKLAND has also been paired with it. The text-tune pair was probably arranged by choirmaster and music professor William Henry Monk (1823-1899) for The Parish Choir (1851), which he edited. It is significant that Monk’s arrangement appears in the first edition of Hymns Ancient and Modern. Part of the importance of this hymnal was its pairing of texts and tunes in patterns that became the standard for English congregations and later, English-speaking Protestants elsewhere, including in North America (Westermeyer, 279). Appearance in this hymnal guaranteed the continued importance of the joining of this text and tune. American hymnologist Louis Benson describes thus the context of the Oxford Revival and the publication of Hymns Ancient and Modern and the development of Victorian hymn tunes:

[The tunes of John Dykes], with Monk’s own rich contributions and those of Elvey, Gauntlett, Redhead, Reinagle and others, with Monk’s choice and arrangement of ancient melodies and psalm tunes, crystallized the musical tendencies of the time into a definite form of Anglican hymn tune, with restrained melodies and close harmonies wonderfully adapted to liturgical worship, and yet appealing to the taste of the people. (Benson, 521).

It is this pairing of text and tune that appears in The United Methodist Hymnal. As we can see with other hymns such as “The Day is Past and Over” and “Splendor of God’s Glory Bright,” “As the Sun Doth Daily Rise” fits into the Christian tradition of morning and evening hymns, a practice which developed in tandem with the daily offices early in the life of the Christian church. As eminent hymnologist Erik Routley notes, early Christians were concerned with issues surrounding their daily lives. For these early Latin worshipers,

the morning suggests challenge, the evening, death. There are all manner of devices of the devil peculiar to the successive times of day against which the Christian prays to be defended. Indeed the whole business looks to a modern Protestant Christian somewhat gloomy, and introverted. (Routley, 1979)

Much in line with Routley’s description, “As the Sun Doth Daily Rise” begins as a sursum corda, a rallying call for Christians to lift up their hearts to God at the outset of the day. It goes on to a prayer for daily bread, strength for the soul, delivery against sin and strife. The hymn is describing early monastic life which revolved around daily work, prayer, and regular engagement with scripture, a feature that appears in the fourth stanza:

Quickened by the Spirit’s grace
All thy holy will to trace
While we daily search thy Word,
Wisdom true impart, O Lord.

“As the Sun Doth Daily Rise” finishes with a doxology, an uplifting of praise to the Trinity. For the modern hymn enthusiast or Christian looking for wisdom in Christian living, this hymn offers a unique glimpse into basic tenets of that life: dependence on God, interaction with Scripture, and an attitude of praise woven into the fabric of the everyday. Perhaps there is a lesson here for modern Christians that echoes throughout the ages: no matter how fast-paced modern life may seem, groundedness and depth continue to be pillars of a good life.

Benson, Louis F. The English Hymn: Its Development and Use in Worship. Richmond: John Knox Press, 1962.

Long, Edwin McKean. Illustrated History of Hymns and Their Authors: Facts and Incidents of the Origin, Authors, Sentiments and Singing of Hymns, Which, with a Synopsis, Embrace Interesting Items Relating to Over Eight Hundred Hymn-Writers. P.W. Ziegler, 1876.

Westermeyer, Paul. Te Deum: The Church and Music: A Textbook, a Reference, a History, an Essay. Minneapolis: Fortress Press, 1998.

Hymns cannot be understood after reading (singing) only one stanza. Many might write this text off as another nineteenth-century militant hymn in. . .

History of Hymns: 'Jesus, Joy of Our Desiring'

This hymn has unusual origins, taking several twists and turns that cover at least three centuries before it arrives in hymnals.. . .

History of Hymns: 'We Are the Church'