He Is Not Yet What God Will Have Him to Be 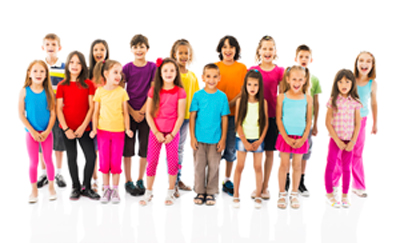 Justin was just a toddler when I first met him. He was obviously bright and eager to learn. When I went to that church as full-time music director, one of the first things I did was to start a choir for the youngest children – those who were ages four, five, and in kindergarten. I named them the Joyful Noise Choir. Their parents and the congregation were thrilled and I always led them myself each week, refusing the suggestion that I farm out that responsibility to a high school student. We played games, folded hands and prayed before eating our snacks, threw balls and jumped rope in the church gym, and always sang songs that we knew and learned new ones, too. About once every two months, the Joyful Noise Choir would stand on the center chancel steps and sing in worship.

Justin was still three years old when his mother told me he was begging her to let him join the choir. His big sister, Julie, was one of my better singers in the choir for grades 1-3, and she had taught Justin many of the songs they had learned and sung in church. I told Justin’s mother to bring him for a couple of rehearsals and we’d see how it went. As it turned out, Justin learned the songs before anyone else. He sang all the right words, and mostly on pitch. He was never disruptive or a behavior problem, he was never late, and he never missed a rehearsal.

One rehearsal day, Justin stayed home from his one-morning-a-week Mothers’ Day Out day care at the church because he was sick. By 2:00, he had made a miraculous recovery and was campaigning his mother to take him to choir. Against her better judgment, she gave in. As we began to sing, I noticed that Justin was not his usual self. Rather than smiling and singing with great delight, he only sat quietly in his chair. I asked him if something was wrong and he moaned, “My tummy hurts.” As I walked him toward the church office to call his mother, he began to throw up. We stopped in the bathroom and I cleaned him up as best I could. We eventually made it to the office and placed the call.

One day as we played in the church gym, Justin ran up to me holding one of the red playground balls. He greeted me with his usual yell, “Hey, Dean!” I asked him what he was doing with that ball, and he just shrugged his shoulders, still tightly holding it. I showed him how to bounce the ball once with both hands and then catch it. After he tried a couple of times, he was able to do it. We moved on to bouncing with one hand and catching it, and eventually to actually dribbling the ball with one hand as basketball players do. I demonstrated to Justin how to bounce the ball in rhythm as I sang one of our favorite choir songs, “I Am a Promise.” For the rest of the play time that day, that is what he practiced on his own, as he sang “I am a promise. I am a possibility. I am a promise with a capital P. I am a great big bundle of potentiality.” That night he greeted his father’s arrival home from work with a demonstration of his newly acquired ball bouncing prowess as he sang that children’s song by Bill and Gloria Gaither.

As Justin grew, he remained part of the music ministry of that church, moving successively through the various children’s and youth choirs, playing handbells, participating in the musicals, the choir tours, singing and playing at the local nursing homes, and caroling for shut-ins. When he was in fifth or sixth grade, he became a real helper, assisting me with filing music and setting up and tearing down handbells through the week. And on days when I worked with the youngest children, he helped me in the gym and with preparing and serving their snacks. He took piano lessons and played trombone in the junior high and high school bands, and used both skills at various times in the church. In high school years, he became somewhat occupied with studies, employment, football and track, and girls, but he remained active and faithful in music at church.

During the fifteen years I served that congregation, I watched Justin grow from a toddler into a strong, intelligent, talented leader. During his senior year, he led his high school football team as quarterback to a state championship. He also distinguished himself as a member of the school’s debate team and band. Upon graduation, he was offered scholarships – both athletic and academic – so that he had a choice of which school to attend and what program to pursue. Following college, he entered training to become an officer in the US Army. Between his commissioning as an officer and his first duty assignment, he returned home to marry his high school girlfriend. It was a great gift for me to be invited to return to play the organ for their wedding, an honor and privilege I had to turn down because of previous commitments.

During Justin’s post-high school years, we talked only a few times, always by telephone. I would answer the phone and hear the familiar, “Hey, Dean!” and I instantly recognized Justin’s voice. We never exchanged letters or emails, other than a Christmas card with a short personal note. Whenever we talked, Justin always recalled some event from the church choir years that made us both laugh. Only once, in a Christmas card, he told me of his feelings during those growing up years, how he so loved the singing, the music, the fun, the experiences, and all of the opportunities given to him in choir, and he thanked me. It was the kind of card and message that one keeps in a desk drawer, to be pulled out, opened, read and re-read in future years.

One day I had a telephone call from a friend in that church informing me that Justin had been injured by an IED – improvised explosive device – while leading a mission in northern Iraq. Two of the soldiers he commanded had been killed in the explosion, but Justin’s wounds were not life-threatening, although he might lose a leg. I was desperate for information on his progress and kept in touch with his parents by email. He did not lose the leg, and eventually came home for a period of recovery.

While at home, I managed to reach him by telephone. I wanted to know about him, his prospects, his recovery, and how he was doing, and he wanted to know about me, my job, my travels, what I was doing. The conversation eventually came to a point where I asked him what he remembered of the explosion. He couldn’t really remember it, but vividly remembered waking up to incredibly excruciating pain. Over a period of weeks, he was treated and moved to different medical facilities. As he progressed from treatment to rehabilitation, the pain remained but at diminishing levels. He was in extended rehabilitation but made a nearly full recovery.

Justin told me a remarkable thing: in between his cries of pain and agonized outbursts following the explosion, he sang songs – sometimes hymns he had memorized over his years in worship, sometimes choruses from church camp, sometimes anthems from youth choir. But he said the ones he sang the most were the ones he first learned to sing in the Joyful Noise Choir. He said that they somehow helped him get through the pain. He didn’t know if it was simply a means of distracting himself from the pain or if he was actually deriving strength and comfort from the songs. But over and over he would sing them, sometimes silently to himself, sometimes quietly under his breath and into his pillow. And the first song that he sang and the song he most often sang during those first days of semi-consciousness following the explosion was “I am a promise. I am a possibility. I am a promise with a capital P. I am a great big bundle of potentiality….I can go anywhere that God wants me to go. I can do anything that God wants me to do…..”

Justin returned to active duty, now behind a desk in the USA rather than in a truck or armored vehicle in Iraq. He eventually left the military and returned to graduate school and is now married, employed in a good job, singing in his church choir, and raising a family of his own. His future is, indeed, a promise.

I don’t know much about music as a transforming agent. Oh, I don’t doubt it as such, but I don’t really have much experience with it. However, I have many years of experience – personal and anecdotal – with music as an agent in formation, and without formation there can be no transformation.

I think of the many agents active in the formation of Justin as a person and as a leader. Probably most important were his parents and his genetic make-up. Undoubtedly there were school and Sunday school teachers, pastors, coaches, and, thank God, choir directors. There were friends, teammates, employers, sweethearts, and, of course, television, movies, radio, and books. A human being is the product of many factors.

I cannot know what part all of those factors played in making Justin the leader he is today. I do, however, know that music played a crucial role. Music was perhaps the first call Justin heard from God, a call to come and learn and serve the church. Through music, Justin learned discipline early in his life. He learned that people count on him to do what he says he will do and that he must honor his commitments. He learned the joys of fellowship and the satisfaction of group effort. He learned both how to take direction and how to offer leadership. He learned how to constantly seek after excellence and improvement. He learned that service – to God and to others – is a worthy life’s goal. He learned deep and abiding truths of the Christian faith, and as he grew in wisdom and stature, so he grew in his experience of God’s presence in his life. In all of these lessons, it was the words and music of the hymns and songs that he had sung that allowed Justin to be influenced and formed in his faith. And ultimately it was his musically informed faith that allowed Justin to call upon the promises of God’s comfort, peace, and healing that we so often hear about in church but less often experience.

Dean McIntyre is the Director of Music Resources for Discipleship Ministries in Nashville, Tennessee

Rebuilding Church Choirs after a Pandemic

The good news is that the church never closed; it simply reimagined how it did ministry and discipleship. Now, as churches are reopening and rest. . .

The impact of the year-plus-long pandemic on singing in the church and on choirs in particular is difficult to overstate. Dr. Diana Sanchez-Busho. . .

Music for Earth Day and the Festival of God’s Creation

Music for Earth Day and the Festival of God’s Creation. . .