Connecting Faith Communities Through the Internet

I am not technologically savvy. I'm an average person who uses the internet for all sorts of things. I blog, I post to Facebook, and I use Skype -- A LOT. This all takes me a lot of time and effort because, as I said before, I'm at or below average skill when it comes to technology. 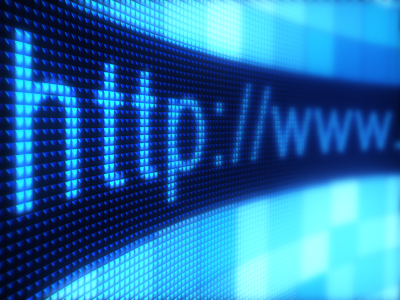 But to do evangelism and mission today, you need to have a working knowledge of social media because that's where your people are. Not just young people but people of all generations are online. Facebook's population is as age-diverse and the count more than many countries. Seriously.

This article is not a "how-to" guide. It's an idea launch. I'll describe what I do from which you can glean and modify. Doing a how-to would be silly. Just use the "help" tools on Facebook, your blog, or Skype. Giving you a "this-is-what-you-should-do" list also would be silly because technology changes. Now that I'm newly Facebook Groups-proficient, Google launched Google+, meaning I have something new to learn. The lesson is to be open to connecting with new people in new places.

Buzz
The key to letting social media work to your favor is to announce or discuss your event, article or mission through multiple channels: Facebook, Twitter, a blog, etc. From there, word-of-mouth is born organically. Those "Did you hear about..." moments shared among friends are free but powerful.

The goal is to get your message out there, and let people respond. The more people see your posts via their friends or contacts, the more likely it is that they'll visit your site or go to your event and tell others. It's the social part of social media.

An illustration: When Servant Church hosted a book release event, I wrote about it in my blog. That information posted to my Facebook page automatically. Then I shared the post on Servant Church's Facebook page. I also created an event page and invited friends, asking them to invite others. The event was also promoted on the Servant Church webpage. That's five communication outlets with different followers promoting an event.

Everyday is a new day to reach someone with your message.

Consistency
You have to post often, and that's work. I maintain two blogs and several Facebook group pages. Those pages have different audiences, but I often find that the same content can post on multiple pages. Being consistent in posting is what gives people a reason to return to your page or follow your posts in their feeds. Being consistent is not the same as being annoying and pointless. Make sure what you have to say is pertinent to readers. Don't abuse the inbox or monopolize Facebook walls. That will only annoy people who trusted you enough to follow you. I try to post on every platform once a week and usually write about just one thing.

Less is More
Do not waste words. People are used to ads, and they want information relevant to them quickly and easily. Rarely are you going to write something so profound that anyone but your mother will read the whole thing. If you think otherwise about something you've written, please have someone else read it and take his or her criticism seriously. Servant Church posts an in-depth article about once a month. Sometimes we publish more often, but it's rare. More likely, you just want folks to show up somewhere, remember to bring something, or think about the season of Lent for a little bit. Instead of lots of words, use graphics to get an idea across. Pictures are great, and good video is better. However, bad pictures and lame video are terrible and will ruin your message. If you can't find or create the perfect sound, video or image, DON'T USE THEM!! Be wise. Look at what appeals to you and try to mimic it.

I'm not talking about dumbing down content or being condescending. I'm talking about knowing your audience and what will reach them. If you dumb down your message for Parker Lane, they feel you're treating them like children. If you're pretentious with Servant Church, they're aware...and ruffled. There is nothing negative in people sending different messages to different audiences through social media. Use the channels, and rework your messages. Nothing is one-size-fits-all. The gospel has always been translated, and the gospel through social media isn't any different.

Mission
You can do mission with the internet. I mean, you can do even more than just donating to something on the web, although that's good too. I've had Facebook Face Offs with people to raise money for a project. We've seen how many people we could get to donate -- just through our posts on Facebook status updates.

I know about a youth group that raised money by walking several miles with another youth group in Africa. At midnight of a planned joint lock-in, participants planned and spoke with one another in a live Skype call between the US and Africa.

The world is a smaller place thanks to the internet. People can now communicate in real time with folks so far away and very different. We can serve one another across the miles and see and hear that service through screens. I chat with the folks I work with in Guatemala once a week on Facebook. We share our joys and sorrows. I've been on only three mission trips to Guatemala, but I stay connected with people there year round. Our lives have become entwined. This is good.

Meetings
Most people don't like meetings. But face-to-face planning and networking is important. Skype is such a helpful tool. Sometimes it's hard to get a whole group together, and email isn't the medium for brainstorming. Paying for a group Skype meeting is well worth the money. I can host meetings with people from across the US I can meet with other people around my city and work around their schedules because they don't have to factor in driving time.

Meet with groups consistently, but use technology to do it. Google+ Hangouts is free. I haven't tried it yet, but I know I will. Sometimes, I even meet with people far away for virtual coffee over Skype. If you're really cool, you can send them a gift card for coffee a week before your meeting. I am rarely this cool. Anyhow, it's been a wonderful way to meet people for advice and information. I highly recommend it.

To some of you, I appear very tech savvy. I've used words you don't understand. I'm not telling you all the answers because I had to figure them out for myself. I am not good with computers or the internet.

Be proactive. Many of you know so much more than I do. I'm okay with that. I hope I've reminded you of some of the basics.

Learn the field. Don't be afraid. Fail often because it means you're trying new things. The good thing about the internet is that most things don't last forever in people's hearts and minds. Everyday is a new day to reach someone with your message. Take advantage of that.

Abby Parker is the Deacon of Connectional Ministry with the Poor for Servant Church and Parker Lane United Methodist Church in Austin, Texas. She is the South Central Jurisdictional Representative for Young Peoples' Ministries.