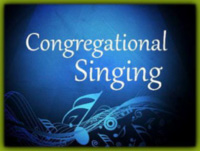 I spend a lot of time thinking, reading, writing about, observing and leading congregational singing. In a recent conversation a district superintendent said to me, "Singing and worship in many UMC congregations today are dead and sterile and we don't know how to fix it." We went on in that conversation to explore his assertion further and began to come up with things churches do and don't do that result in poor singing. See if you recognize any of them.

There they are -- fifty ways to kill off vital congregational singing. I would imagine that nearly every United Methodist church will be able to identify with one or more. If so, consider a change. Think about doing just the opposite or perhaps simply eliminating that technique.