Discipleship Ministries | Book Review: “A Wesleyan Theology of the…

Book Review: “A Wesleyan Theology of the Eucharist” 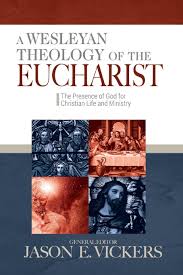 Thirty years of being in The United Methodist Church as both laity and clergy have taught me that Methodists have a tenuous relationship with Communion. We acknowledge Communion as a sacrament (not a mere ordinance) and affirm the real presence of Christ in Communion. Yet most churches I’ve been afflicted with commonly partook the elements only once a month. I’ve noted United Methodist churches that use all the liturgy in our United Methodist Hymnal; some pick and choose parts of the liturgy; and others have pastors extemporaneously highlight certain themes of the Great Thanksgiving before offering the elements. The message I’ve received from these churches is that the sermon is by far the most important part of worship and where many pastors expect the Holy Spirit to be present – more so than in the Communion elements. The General Board of Higher Education and Ministry’s resource A Wesleyan Theology of Eucharist helped me assess my experiences and take a needed deeper dive into Wesleyan thought on the Eucharist.

With contributions from various Methodist scholars (each chapter is written by a different author), A Wesleyan Theology of Eucharist is roughly divided in half by two sections. Part I is “Theology and Eucharist.” Part II is “Eucharist and Ministry”. Rightfully so, there is overlap of the theoretical and practical in both sections.

The subtitle “The Presence of God for Christian Life and Ministry” reveals the heart of the articles. The central theme of the book is that the sacrament of Communion invites us to experience the presence of God in Communion, and the God we encounter at the Table is, with our cooperation, forming us to be present to the world.

With the focus on how doctrines such as creation, Christology, holiness, and eschatology relate to the Eucharist, the first half of the book is theologically rich. Though dense, the theological connections offer much in the way of practical wisdom about our Eucharistic beliefs and practices. For example, writing about eschatology, Brent Peterson observes, “the Table celebrates both what is and what will be, which simultaneously illumines what is currently not. Eschatology moves soteriology [salvation] beyond my personal morality into how God is calling and empowering the church into ministry in the world” (114).

In the second half of the book, Eucharistic connections are made to preaching, worship, formation, ethics, stewardship, and prayer. Writing on the intersection with formation, Paul Chilcote maintains, “The Meal that proclaims Christ’s death until he comes establishes a cruciform pattern of life in the faithful disciple and draws all the followers of Jesus in to a community shaped by the cross and resurrection as well” (192).

One of the strengths of the book is the diversity of scholars who have contributed to it. The authors engage and contextualize Wesley’s thoughts on the Lord’s Supper. Yet this book is no mere historical exploration, as the authors speak to today’s context and are willing to offer critiques to our tradition when necessary. Jason Vickers correctly observes in his article, “the Achilles’s heel of the Wesleyan tradition; we are constantly tempted to make the presence and work of the Holy Spirit contingent upon the sincerity our faith or the adequacy of our adherence to Christian moral teaching” (65-66). 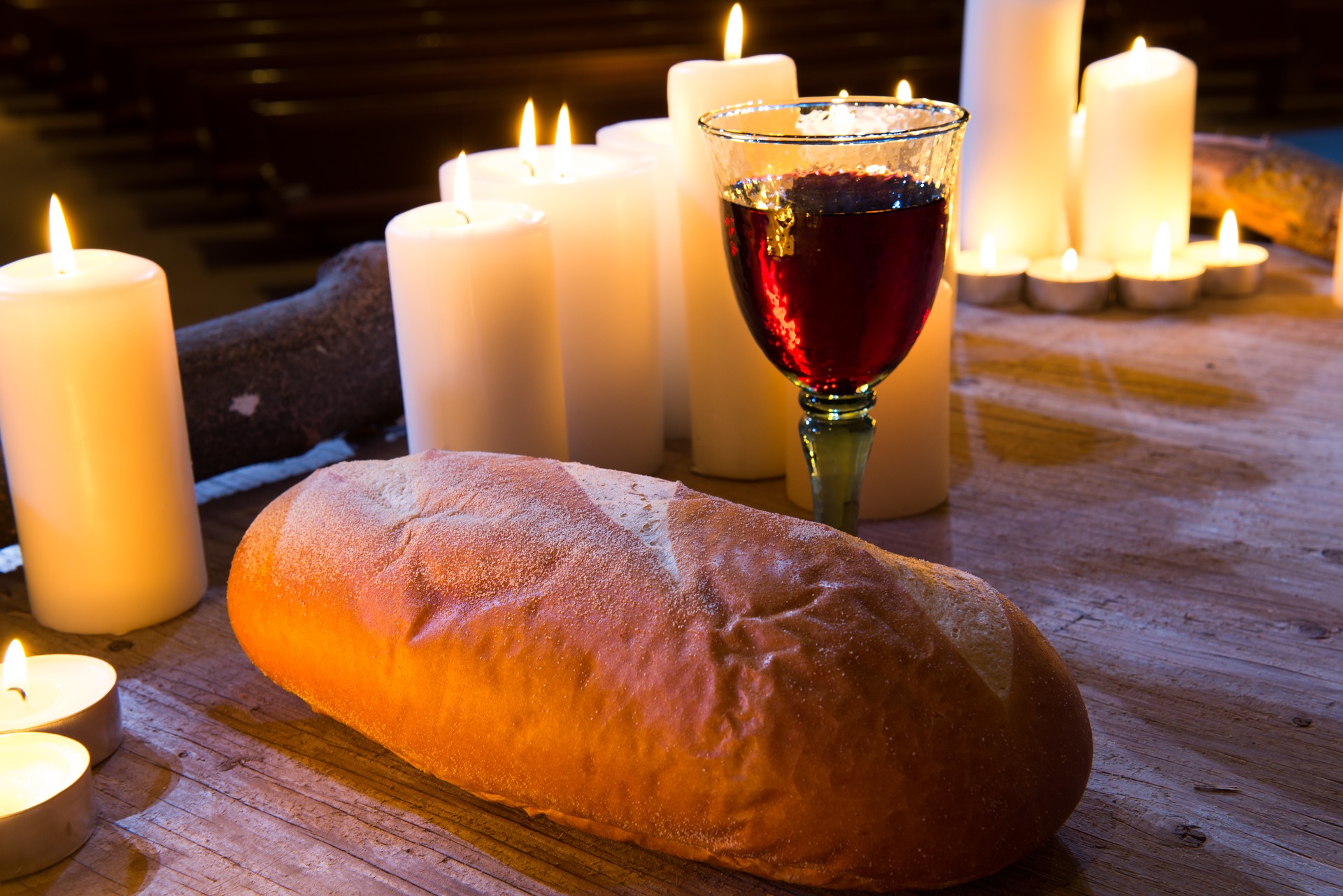 Many of the authors lean on John and Charles Wesley’s Hymns on the Lord’s Supper as well as some other works of John to gain insight into his perspective. Robin Knowles Wallace, in her article “Eucharist and Worship,” reminds us of John Wesley’s admonition to American Methodists, “I also advise the elders to administer the Supper of the Lord on every Lord’s Day” (139). Wallace goes on to note why this did not take effect. E. Byron Anderson gives more context to Wesley’s day, arguing against quietists on the one hand and enthusiasts on the other. Anderson adds comments on today’s context with those who claim to be spiritual but not religious (see no relevance to the sacraments) or those who are seeking spiritual highs (seem bored by their sacramental experience). Therefore, he muses, using Wesley’s thoughts, that perhaps our issues with Communion derive from the fact that our people are not “rightly prepared” to receive the sacraments. He advocates that Communion should be highlighted as “focal practice” for Christian formation. “Unlike fast food, we cannot ‘have it our way’; it is not available on our own schedule and at our own convenience; we do not invite ourselves to the table and we do not choose with whom or what we will eat” (263-264).

Even those more familiar with United Methodist beliefs regarding the sacrament of Eucharist will find that A Wesleyan Theology of the Eucharist will enhance their knowledge and desire for a more robust practice of the elements. We learn, for example, “There are three Last Suppers: the first occurring the night that he was betrayed, the second occurring during the forty days, and the last occurring at the end of time” (54). And for those who either don’t remember some of their seminary training or who have never been introduced, the threefold structure of breaking bread is highlighted: eucharistia (act of thanksgiving), anamnesis (act of remembering), epiklesis (act of invoking the Holy Spirit to work among us).

As with any book claiming the tag “Wesleyan,” this one offers a good deal of reference in most of the articles about the relationship between Eucharist and the doctrine of soteriology. There is a helpful distinction made about the role of Eucharist as a converting ordinance. Eucharist as a converting ordinance is often cited by Methodists who treasure our open table. Sarah Heaner Lancaster observes, however, “It is important to be aware that in this context ‘converting’ did not mean a change from no religion or another religion to being Christian. Rather it meant a change from being a Christian in name only (as most people would already have been baptized) to being what a Christian really should be (having received the Holy Spirit)” (93). Lancaster also tackles another practical consideration that most, if not all, pastors will deal with – those who fail to partake of Communion because they feel unworthy. “What makes one worthy of coming to the Table is knowing that one needs to be there” (95).

Some articles were even willing to push traditional understandings of our doctrines, especially in Andrew Sung Park’s article. “Sin, Han, and Eucharist,” and Elaine Heath’s article, “Eucharist and Evangelism.” Heath, for example, prods, “If we rethink the role of clergy as that of developing people who become broken bread and poured-out wine, who can also serve broken bread and poured-out wine, then we will have a far more robust understanding of ‘administration of the sacrament’ by the clergy” (177). No doubt, many will bristle at Heath’s suggestion. Nevertheless, she is certainly on point to remind us of our missional heritage– “Early Methodism grew rapidly in North America not because of clergy, but because of laity. Methodism in the future will rise or fall based upon how we equip and deploy lay Christians” (179).

As helpful as this resource is, it is not one that many laity would be likely to read. It is written by scholars, and just a flip through the chapter titles and section headings will reveal technical, theological language that is daunting enough to keep Sunday school classes and small groups from engaging. There were a couple of words, I confess, that I had to look up. This, combined with the price, means that the primary audience will be theologically trained pastors who have an interest in Eucharistic theology. However, I hope laity and those who have not attended seminary will take up the challenge this book offers. They will be rewarded for it. “Christian existence is Eucharistic throughout, making our lives one long epiclesis, a creaturely confession and self-offering that can take place because of God’s initial blessing and self-offering” (32). For pastors wanting to go deeper into their understanding and theology of the Eucharist and for those who truly desire to see the connection made between table and life, I strongly recommend this book.

A final quote sums up much of what the book advocates as well as one of my main takeaways from the book: “I believe there will be no evangelical renewal without sacramental renewal, at the heart of which is a recovery of the Eucharist as the paradigmatic means of grace for the church” (255).

The following checklist is presented to provide basic doctrinal and practical guidance in evaluating curricula. This checklist is a suggestive wa. . .

How has your church been able to adapt faith formation activities during this chaotic time? How is your church adjusting to utilizing online plat. . .

What does your fall faith formation planning look like? Scott Hughes will be hosting two informal Zoom sessions to help your church brainstorm id. . .