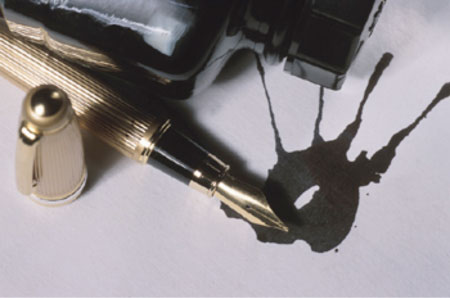 Paul's visit to Thessalonica was strategic. It was an important city: Macedonia's largest port, capital of its old second district and residence of the provincial governor. According to Chrysostom, Paul routinely visited larger cities first because news traveled faster from larger to smaller cities.

Paul sustained his missionary work in Thessalonica both through tent-making and financial support from the church at Philippi, which was a hundred miles away.

Paul and Silas journeyed through Amphipolis and Apollonia to a synagogue in Thessalonica (Acts 17:1).

Some Jews became jealous, formed a mob, and stirred the city into an uproar. Not finding Paul and Silas, they brought Jason (because he entertained Paul and Silas), and some believers before city authorities. The accusers were upset because Paul and Silas, who had been turning the world upside down, were in town (Acts 17:5-6).

The accusers charged Jason, the believers, and Paul and Silas with sedition against the emperor because they named Jesus as king (Acts 17:7).

The charge of sedition upset the people and city officials. They charged Jason and the others bail before releasing them (Acts 17:8).

In today's passage, we observe several evangelistic patterns from Paul's journey to Thessalonica.

First, Paul customarily visited the synagogues on successive Sabbaths to argue the faith. As a teacher of the law, the synagogue would have afforded him an instant audience.

Second, Paul spoke with both Jews and Gentile God-fearers, men and women. He shared the good news freely without discrimination.

Third, Paul's successful preaching produced both believers and staunch opponents. Opposition to the gospel is normative.

These lessons raise questions for us to consider. Where might we find willing audiences today? How do we proclaim the good news without discrimination? If opposition to the gospel is normative, when was the last time someone opposed the proclamation of Christ in your ministry? Along which communication line(s) does news travel fastest today? How might you share Christ's good news via today's fastest communication lines?

Those who opposed Paul and Silas' message took their claim to the Roman city officials. Romans would have understood Paul's proclamation of Jesus as king to be treason against the emperor. The mention of signs that a new ruler was coming would be seen as predictions of the current emperor's demise -- violations of imperial edicts. The Jewish accusers believed they were acting as good citizens who pledged loyalty to Caesar and pledged to report any possible treason (Acts 17:6-8).

Putting the Sermon Together

"They've Turned the World Upside Down"

When was the last time someone said, "They've turned the world upside down," in reference to a positive event? For some, Paul's proclamation of Christ was positive; for others, it was a treasonous act. Paul's first-century gospel proclamation does not appear to occupy middle ground.

What about our proclamation and witness? How might our witness to Christ cause heinous opposition today? The answer may surprise you; consider the following true story.

In response to the questions, a group of disgruntled church leaders scheduled a meeting with the pastor. The conversation went something like this. The leaders' comments are in bold:

We need to know what's gotten into you?
What do you mean? This kick you're on to push, to make us feel bad about not doing enough?
I'm not trying to make anyone feel bad. I'm just trying to offer people something better. I want to help people grow in their faith.
Well, that's fine, but a lot of people are perfectly happy where they are.
I know they are, but that doesn't mean they should be.
See? That's exactly the kind of pressure we're talking about. Who are you to judge what kind of Christians people should be?
It's not a matter of "judging" anyone. It's a matter of helping people grow in their faith.
You made a lot of people uncomfortable last night. You made it sound like we should be doing more.
We SHOULD be doing more! I brought up the issues for a reason.
But that's not why people come to this church. People come here because they know they will be loved and cared for, not judged and made to feel guilty.
Being loved and cared for and becoming faithful disciples are not mutually exclusive. People should want both.
In your opinion. None of our previous pastors said any of this stuff.
But it isn't just my opinion. It's in the Bible...

Paul first directed his ministry efforts toward members of the religious community. Among the religious, the gospel of Christ received a mixed response. Paul, an apostle engaged in mobile ministry, often had to leave town following these outcries. As pastor, what will you do? What does God expect you to do? What will the larger church do when the gospel stirs dissent?

Invite your congregation into the wrestling match and do not press for quick answers.

Questions to Wrestle With

The Acts of the Apostles by F. F. Bruce

Paul, Apostle of the Heart Set Free by F. F. Bruce -- a classic on the life of Paul

The Storyteller's Companion to the Bible, Volume 12: Acts of the Apostles by Michael Williams and Dennis Smith

The Helper (written from a layperson's perspective) by Catherine Marshall

The Breaking of the Outward Man by Watchman Nee

The Release of the Spirit by Watchman Nee

The Holy Spirit in the Wesleyan Heritage
Teacher
Student

What's in the Bible About the Holy Spirit? By Alexander Joyner

What do you say? In the midst of all that is happening around us, what do you say as a preacher of the gospel? How do you take that place, stand . . .