NASHVILLE, Tenn. April 7, 2015 /Discipleship Ministries/ – The Africana Hymnal Project, a multiyear effort to provide music and worship resources from African-American traditions and to identify and preserve the rich history of music forms born out of slavery, is now available for future generations of musicians and worship leaders.
The project, a joint effort of Discipleship Ministries and the United Methodist Publishing House (UMPH) consists of a USB drive with 150 songs, an award winning documentary film chronicling the history of traditional music forms that are quickly disappearing from existence and a small-group study guide for exploring these music forms. 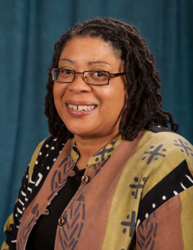 “The Africana Music Project preserves the sacred music of people of African descent in North America and is one of the many resources available to strengthen the worship practices, not only in our black congregations, but the church at large,” said Cheryl LaTanya Walker, Director of Black Congregational Ministries at Discipleship Ministries.

Information about the project will be presented to musicians, dancers, visual artists and preachers in July in Indianapolis at Pathways 2015, the biennial convocation of The Fellowship of United Methodists in Music and Worship Arts.

Another gathering of musicians and worship leaders is being planned for early 2016 to learn more about the Africana Hymnal Project, Walker said.

“Musicians and persons who plan worship in our approximately 2,100 black congregations will be invited to attend the Africana Institute to learn and discern how to use all three pieces of the project, individually and collectively,” Walker said. “Congregations will leave with a better understanding of how far we have come and how the sacred music brought to the shores of the Sea Islands of South Carolina and the Eastern Shores of Maryland and Delaware has shaped and paved the way for other genres of music.”

The 2008 General Conference authorized a study by Discipleship Ministries, then called the General Board of Discipleship, and UMPH to determine if a need existed for an official United Methodist hymnal for people of African descent worshiping in United Methodist churches in the United States. Following an extensive study, the 2012 General Conference approved the development of the Africana Hymnal Project. 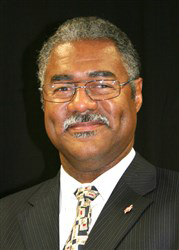 “Without this body of work, I think in a generation from now, or even less than that, this music could be totally forgotten and maybe just be a footnote in some book on African-American history and worship,” said Bishop Julius C. Trimble of the Iowa Episcopal Area, who oversaw the Africana Hymnal Project.

When the Methodist movement began in the United States, African-Americans were a part of the growth of the movement, the bishop said. “African-American United Methodists are very much Wesleyan, but also very much connected to particular African-American religious music traditions. For example, a strong emphasis on praising God, trusting God and believing in God,” he said.

Completion of the Africana Hymnal Project is a cause for celebration, Trimble said.

“But also this is a cause for deeper questioning in terms of what constitutes music that can be a blessing to the whole church and what are things that we need to make sure we retain,” the bishop said. “I think this project represents work that is worthy of further investigation, worthy of current celebration and worthy of broad exposure.”

The DVD, which received a regional Emmy for best Documentary Film, captures songs that blacks who were enslaved in America four centuries ago sang for solace. It was filmed on location at Methodist churches and institutions in Georgia, Maryland and South Carolina, where the oldest African-American music is still being sung.

For more information about the project, including a brief trailer of the DVD and a complete list of the songs included on the USB flash drive, go to www.abingdonpress.com/africanahymnal.

Juneteenth ought not be a celebration only for those in the Africana tradition, but for all of God’s people.. . .