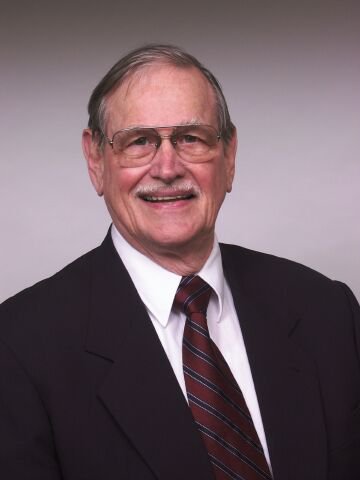 Dr. Carlton R. Young is widely regarded as one of the most significant Methodist musicians and scholars in the history of the church. In fact, many people believe him to be the greatest contributor to Methodist music and hymnody since Charles Wesley himself. Through his academic work, editing of hymnals, and compositions, Dr. Young has contributed an endless amount of wisdom and wit that will remain in the church for generations to come.

Because of this, we want to celebrate his recent 90th birthday with a couple of poems from notable scholars:

Dr. Dick Watson, Professor Emeritus of English Literature, University of Durham, UK, and the General Editor for the Canterbury Dictionary of Hymnology

We present these charming and witty creations to you in the hopes that you will say a prayer of thanksgiving for the gifts and legacy of Dr. Carlton R. (Sam) Young.

With apologies to John Newton (and maybe others)

Amazing Sam, the Meth'dist Muse,
We sing, "And can it be. . ."
To one with such a youthful heart,
Who’s still a young ninety!

'Twas Sam who taught our hearts to sing
In church each Sunday morn;
No matter how the sermon went,
We'd leave with hearts reborn.

In many styles of music he
Composes every day;
Broadway, polka, pop, folk or jazz -
From praise to kyrie.

Through many hymnals he has come,
And Meth'dist meetings too;
His singing keeps us going strong;
And song will see us through.

The Lord has promised good to Sam;
His wit and irony
Are equaled only by his gifts
And great longevity.

Sam's students number scores and scores;
They are his joy and pride;
They keep the church's voice in tune -
A legacy worldwide.

When we've been there 10,000 years,
With Charles and John we'll sing;
It's Sam who'll lead the Wesley's hymns
And really make them swing.

For Carlton R. Young, on his ninetieth birthday

What can we say to ninety years
Of music, played and sung,
Of hymnals, publications, books,
By Carlton Raymond Young?

Shall we record what he has done
From days in Cincinnati:
Tell out, my soul, how he has lived
His modern Jubliate.

From combos and Glenn Miller bands
He’s found the authentic best;
Classical, folk, and rhythm and beat,
Tunes such as LAND OF REST.

In crucibles of ‘Broadway’, jazz
His tunes are moulded, fired;
CANDLER, and CHARLESTOWN, DESMOND, SLANE
Renewed and re-inspired.

Inextinguishable Sam,
Play it through sun and rain:
No longer Carlton Raymond Young
But Sam (as if born again):

For life, like music, has its needs:
Its times of good and ill:
Maestoso, Largo; lively, sad;
Allegro, Langsam, Schnell.

So sing it over again to me
‘Are you washed in the blood of the Lamb?’
Sing it again for a hundred years,
Inimitable Sam:

Play on, play on, as we salute
Your ninety years of art;
Share with us all the truth you’ve found,
The music of the heart.

Hundreds of United Methodists from across the globe have joined together virtually to sing a celebration hymn for Easter Sunday. The Worldwide Vi. . .

You have likely seen the videos of choirs and studio singers coming together (digitally) and singing uplifting songs and hymns – creating works o. . .