Discipleship Ministries | What is lacking, what is disappointing,

Home Blog What is lacking, what is disappointing,

What is lacking, what is disappointing, 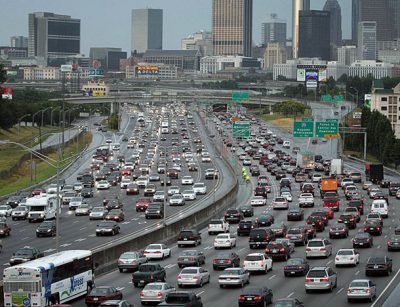 Driving in to work can sometimes be a struggle here in Nashville. The infrastructure is not built very well in this town which is literally booming. To make matters worse Nashville has become a hot commodity in the tourist and convention realm so it swells with visitors constantly, resulting in crowded streets and highways. I cannot believe I am saying this but I actually miss the traffic in Pittsburgh. Not the current traffic but the traffic of 15 years ago. Why 15 years ago? It is not traffic has grown in this part of the country now and is less crowded, for it hasn't. I miss the civility of the traffic, which use to be what felt like an experience unique to Western Pennsylvania. Nashville probably had that type of civility on its roadways 15 years ago, but I had never traveled here at that point in time.

The amount of road rage, competitiveness, selfishness, and intolerance witnessed in the 7:00 and 5:00 o'clock traffic patterns is frightening, not just here in Nashville, but also in Pittsburgh, New York, LA. and D.C. It is also a telltale sign of something else, which seems at least on the surface to be going on: the decline of compassion. I use to think the problem was systemic and not individual. Specifically, even though compassion is an individual behavior, the growth of the lack of it in the current world seems to be because of forces greater than any one of us. I think of the Bruce Hornsby had it correct in his song of 25 years ago "That Just the Way It Is." He was correct in writing, about how the attitudes are what must be changed for the world to be better and just how hard it is to do because of the larger forces at work. In Nashville, it would mean the lack of compassion is more of a product of there being not enough roads to carry the traffic , the way people have been brought up to think about life; forces which are greater than 1 or 2 individuals who might be full of compassion.

Compassion defined is the ability to place one's self into the perspective of others. It goes hand in hand with tolerance, generosity, forgiveness, love, and caring. All of the qualities which Christ was active teaching the disciples about in the time of his ministry on earth. You would think that compassion would be something which we in the Church would be very good at giving to others, practicing ourselves, and teaching our children. Yet the church is sometimes not that much different than the secular world. We often do not practice it with each other, which is why we are sometimes termed hypocrites. I have witnessed as a pastor very uncharitable, unloving, and insensitive behavior from well meaning but uninformed parishioners, all who really truly believed they were acting in a Christ-like manner, and I have been lucky in that most of it was directed not at me. This lack of compassion we do not teach our children. Often times we teach them the opposite, saying to them it is all about them and sacrifice which is required for compassion, is something which should only be done to maximize the benefits. I wonder how many of the road raging drivers actually believe they are very compassionate in their daily lives?

The lack of compassion is not just a generational thing, although the older a person is, the more compassion they seem to possess. Perhaps it is a lesson learned in life, or maybe it is just that when you have accumulated more in life making it easier to make sacrifices for others, to put yourself in their shoes, tor o have compassion for their struggles, pain, and disappointment. Or perhaps not. The more a person has sometimes the less compassionate they seem to possess. Look at the Walton family of Walmart stores fame. As wealthy as they are, it never seems to be enough, with the corporation's obsession on profits sometimes getting in the way of compassion for employees and customers alike. Or the Koch brothers which spend tons of money in behalf of candidates who will continue to help them achieve tax breaks to help avoid supporting those who are poor. The Koch brothers were not always so self-serving and at one time had the ability to think of the poor, the disadvantaged, and those who needed to be taken care of, though they seem to have lost it a long time ago. .

Back to the traffic we go. If we really miss the days when folks would yield their position in line to help someone out, where they were o.k. making small sacrifices to help others, and took pride to do so,we have to set a new standard for others. Social scientist tell us that one or two people can actually change things, for the better or for the worse.If folks lack compassion and only care about themselves, looking out for themselves alone, they have the effect of changing others in small groups and around them into similar lines of behavior. We cannot change this on our owns. Ultimately, it comes down to us though. If enough of us continue to practice compassion it can change others. Therefore we have to turn our scrutiny on ourselves. We cannot control or change others, but we can change ourselves and in changing ourselves we just might change others and the world. As long as we maintain our own compassion, placing ourselves in the shoes of others, eventually the world will return to being a loving, compassion, oriented place.

Back to traffic one last time. What is lacking is the ability to see and anticipate what it is like to be in someone else's predicaments. I am sure many of the folks who will not allow someone in when streets are crowded, who try to force their ways to the front of cues of cars, and cut off other drivers, would not like it very much if others did it to them. They have lost the ability to be compassionate, to remember what this feels like when they do it to others. They have already given up on compassion, making them like others. Perhaps, maintaining our compassion in a hard, cruel world which lacks compassion, is impossible but I know of no other ways to approach life as a follower of Christ. If the church would remember how to be compassionate again, then perhaps we would not have the severe split between conservatives and liberals. Perhaps if our political world would learn about compassion, then we could get back to having a government to is for the people, instead of for a few wealthy, guys.