Discipleship Ministries | What if We Never Had to Die?

Home Blog What if We Never Had to Die?

What if We Never Had to Die? 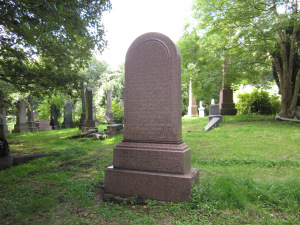 After a recent workshop on “writing your own obituary,” one of the participants said to me, “I have always been hopeful they will find a cure for death in my lifetime, so I will not have to go through it.” This person added that gene therapy and other high-tech medicine allows us all to live longer, so the end of death may one day be a possibility.

Since that conversation, I have thought more about death and about my faith as a Christian.

I’ve often wondered what death would feel like and what l will experience. Even as a child noting the dates on tombstones in a cemetery, I wondered what my date of passing would be. I concluded then that I wanted to die in the spring. Then I grew up and realized that you do not get to shop for a specific date unless you have a death wish, knowingly participate in extreme sports with low odds of success, or are suicidal.

As I grew into middle age, my thoughts became centered on the time of day and methodology of death. Like most people, if I get to choose my passing, I would like for it to happen softly and gently, perhaps in my sleep.

Later, when I served as a chaplain, I imagined this question differently after being around hospice patients who struggled with cancer and other terminal illnesses. I wondered if I had a terminal illness if I would want to know how long I had to live, or if I would prefer to die suddenly, unexpectedly. Many of those I served were angry about having to live with a terminal diagnosis and would have liked to have not known the diagnosis; others appreciated knowing how much time they had left so that they could prioritize their remaining time.

But what if we could live forever and be in good health? Would we prefer to stay here on earth or take our stand upon faith and depart? In imaging this scenario, I might be one of the few people who would choose to die and not extend life indefinitely. I admit, I would probably have to live a few extra years before I could make the decision to leave; but I believe I would have the faith and the courage to give it a try. Part of my hesitancy is simple fear of the unknown and the fear of making the wrong choice. I would hedge my bets by postponing the passing event for a while, to discover on my own whether there really is something out there after death.

Even if there were cures for every disease or even most accidents, could not circumstances change and we would die anyway? How is living into the future on earth in this scenario any more certain than our belief in heaven? Further, living forever here on earth doesn’t guarantee us a happy life. And think about what a person might miss out on if he or she chooses not to go through death.

When I reflect upon death, I hope my decision really would be to take the faith route and ultimately trust in God. That decision would be based upon faith, not knowledge; upon trust, not logic. It would be to not take control over what is really not mine to control, which is my life and my time of death. To make any other choice would be to deny who I am as a person of faith.

July 10, 2020 - Normal vs. Not Normal Aging and Keys to Connecting with Someone Living with Dementia

This session helps learners understand and recognize the differences in “normal” and “not normal” aging. The learner will develop better observat. . .

August 21, 2020 - Tools for Connecting with People Living with Dementia when Behaviors are Challenging

In this session we will introduce Teepa Snow’s GEMS dementia classification model to guide communication and effective engagement to better conne. . .

September 17, 2020 - Common Challenges in Nursing Homes and Memory Care and How to Avoid Them

﻿This presentation is a guide to help caregivers, who either anticipate a future need for skilled care or those who are already utilizing skilled. . .