Discipleship Ministries | What do we call Baby Boomers?

Home Blog What do we call Baby Boomers?

What do we call Baby Boomers? 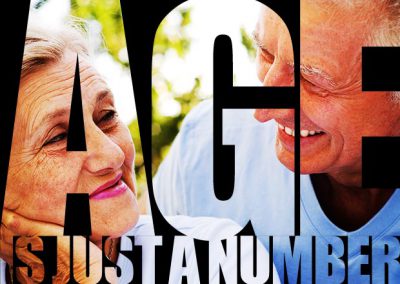 I was working on this blog last week but had not published it. Then this morning I heard a segment on National Public Radio on what to term the Baby Boomers as they age into the last quarter of their lives. I listened with interest. More on this segment later.

I had already run into this same challenge. My office title is Office on Aging and Older Adult Ministry which is problematic, when those who are Baby Boomers like me do not want to consider themselves Old, or do not believe they are Older Adults, and believe themselves to be very different than their elderly and old parents. Moreover, many of my generation do not like the term Baby or Boom either so Boomer or Baby Boomer is also a bit of a turnoff. When I am speaking to those of my generation I do use plus 50, 50+, Boomers, and drop Older Adult Ministry from my office title but these are still troublesome terms.

The author of a blog named "this chair rocks" Ashton Applewhite gate was quoted in the NPR piece as saying the language barrier comes about because we are deeply ambivalent about aging in the first place. No one wants to die young but no one wants to get old. I agree with her observation. We have so many negative associations with getting old that it is something that many people are in denial about until they are forced to think about it. As long as Boomers have those who are older than they, they will not be forced to really think about themselves as Older.

A lot of the terms we have for being Old or aging threaten us Boomers with reality so we do not like them. Baby Boomer is threatening because it speaks to be a number when we have grown up believing in individuality and we do not want to be a statistic. Senior Citizen seems so patronizing and antiquated to Boomers. NPR pointed out that it is itself a recent invention dating to the 1930's in California where it was coined to promote a Nursing Home Initiative. This did not surprise me since before the 1930's Nursing Homes and Retirement were not widely known since most adult did not live that long. Golden Years too was problematic and is even more recent being associated with Sun City Retirement Communities Marketing department and Dale Webb. This term was designed to paint a picture of retirement as a permanent vacation from work. There are many of my generation who will not choose to retire at the standard 62-65 age range and the last of the late Boomers will not reach this retirement age eligibility until 2029. So retiree' is not even a good handle for us.

Still, what should those of us who were born in surge following WW2 be called? I wish I had a single answer. Mature, Experienced, Seniors do not ring true. Last Third or Quarters, Aging, all seem inaccurate. I mean for some folks the last quarter of their life may not start until 75 if they live to 100 and you can never know when you have reached it, and for others the last third of life begins at age 40.I personally do not like many of the terms that those younger than us call Older adults like me, Geezer, Geriatric Oldster, even though I hope to become Old...er. Yes I recognize that there are many more age groups below me than above me in age.

I have mentioned the terms I do not like. How about what terms I do like: 1. Sage. 2. Wisdom Age. 3. I also like the term being used by the West Ohio Annual Conference of the United Methodist Church, for their Boomer Ministry as "Encore Ministry" or the term used by National Council on Aging as the Second Act. Instead of Boomers I do like the Silvers or Silver Wave. I also like the title Ageful better than Ageless or timeless. Ageful means that growing older is full of wonder.

What's in a name? The answer is a lot actually! The title for my age group is important because the term for us is about identity, community, and status. Not to mention marketing. This is the one place, which seems to offer promise of a term which does apply to those of us born between Jan 1, 1946 and January 1, 1965. Marketing has been experiencing the challenge of appealing to the forever young generation for several decades now and coming up with new terms. I hope they come up with a new term for us and quick.

The reason why I say quick is that Marketing has keep up a Peter Pan Charade for us Boomers long enough. Peter Pan never wanted to grow up and so too many Boomers. We think retirement and old age is one long vacation, having fun perpetually, when good aging is so much more than a continuation of what we have known in our adulthood. My suspicion is that not just one term will cover Boomers and so we will reach a time when a multitude of terms are created to cover the diversity of those over 60. Eventually though one term might stick that everyone can get aboard with.

The most creative terms for Baby Boomer Older Adults I have seen are Second Childhood, Reverse Grownup, Dawners, and Adventers. Maybe a classic term will be dusted off and updated to describe us. The teens of the 1960's were called flower children maybe we Aging Boomers maybe will become Flower Adults. Maybe the terms we give to old objects will help us come up with a term too. I can get into being called Vintage Generation, though I cannot really relate to Classic or Antique. Although if all of us Boomers were cars we would be known as Antiques or Classics.

Being a Boomer is still about growing. We are growing not like our parents but we are accumulating age. We are changing but we are not becoming an extension of our former selves just sans career. Boomertime is about learning new skills to enter the Upcoming stage of life. Just as reading marked the time we left childhood behind and became a tween, retirement will be the time we officially leave our adulthood behind and enter our second childhood.