Discipleship Ministries | What Constitutes a Community

Home Blog What Constitutes a Community

What Constitutes a Community 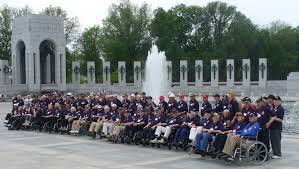 How do we define and separate ourselves into groups and communities? This is a perpetual question because everyone does community differently. But unless we are hermits in complete isolation, we will divide ourselves into groups, either willingly or accidentally, with which we are willing to associate with because they offer some benefit. Some groups are large enough and offer strong ties, enough to become our community. We not only identify willingly with this community we become loyal subjects of this community. We subject our own desires and wills for the good of the entire group. We not only choose not to go it alone we choose our community over other communities and ourselves.

The communities which join themselves to us all have shared characteristics. Each person within a community maybe distinct, but all have similar sacrifices, ideals, values, beliefs, history, hopes, sensibilities, experiences, all neutral or good things which are held in common. Yet the binding, adhesive, or glue which holds a community together may also be negative things like hatreds, fears, hostilities, prejudices, myths, as well. Despite this, for most of us, community is a very positive experience rather than negative. Even so we all have in mind the other communities or groups which we do not care for. For me it is the Tea Party. Or we have seared into our consciousness, communities which were tragically built upon the wrong things like Jonestown, Heavensgate, etc.

Community is a buzzword these days, a popular term that is used too frequently to be of much assistance and a term which is often misused. Community is more than a group we identify with or associate with. Community is an intentional connection which we make which confirms who we are, what we do, and where we are going in life. A couple of days ago, in nearby Mississippi, there was a Republican primary runoff election for a Senate Seat. The leading vote getter apparently recruited a number of Democrats to vote in the Republican Primary Runoff especially within the "Black and Hispanic Communities." The opponent has refused to concede the election, claiming that these votes from "crossover" republicans are not really Republican votes and should not have been counted because "they are not one of us." In my United Methodist Church, there is a longstanding struggle over the question of whether members of the LGBT community belong to the community we call church or not. Conservatives will say we are open to LGBT members but only if they become like us, pretending they are something they are not, not abandoning practices which are common, and change totally where they as individuals are going in life. In other words, Conservatives ask this community to abandon a community, which is rarely chosen to choose another community where they cannot be who they are, do what is true to who they are, and to try going in a different, uncomfortable direction, which doesn't suit them. Where are the benefits?

Liberals in the church shouldn't feel too smug. The benefits of full inclusion in the community we call church is not about what will benefit members of the LGBT community, but what will benefit the church community. If we have a truly inclusive church we can benefit from feelings of doing the right thing in God's sight, feeling morally superior. We have done our good turn, so let’s all go home. There is the added bonus, which is the belief that with increased numbers of representatives from the LGBT community, on issues which divide the church, then these new members of our church community will give Liberals more clout, because in representative bodies or conferences, it will be a numbers game. I hate to tell Liberal colleagues; many of the members of the LGBT community which would be willing to join the body of Christ would on many matters join with the conservative opposition.

Of what Benefit is being a part of the church community for not only LGBT Community members, but seniors, Baby Boomers, etc.? This seems to be the crux of the issue. Why would anyone join the church world? It isn't Rocket Science! The answer is that church is and has always offered the meaning of affiliation and association, it has always offered collegiality and shared effort, and it has offered defining movement toward self-discovery and spiritual examination. The church has offered something more too. It has offered the support of the community to be spiritual, to plumb the depths of one's own spirituality. It has offered community and Jesus Christ.

The difficulty for us in the church is we have forgotten how to be a community. We have forgotten community building skills. You know the glue that holds us in common, makes us want to become a part of something bigger than us all, which helps reveal who we are and helps us grow into becoming whom we were created to be. Many of us who recognize this realize that we prayerfully need to figure out what it means to offer community to the world. We do not do so by asking someone to abandon their other circles or communities like the LGBT community, nor do we do so without offering group benefits.

There is much talk about how the early church community when it was smaller and more intimate is a great place to look for community building traditions, processes, and protocols. I do not think most of those people who want to go there as a source of community formation in the modern day United Methodist Church, really want to go there after all. The early church asked its members to give up a lot to join their community. Business owners often gave up their livelihood, because for instance a sculptor might be contracted to carve out a statue of a false idol. Most Christians gave up their safety and security because membership in the Christian Community was not only illegal but you could be martyred for just being a part. Because early church membership was the original commune experience, everyone gave up their own responsibility for their personal welfare to trust the group with their resources and to take care of them. The benefits were not all that promising either: the hope for resurrection and heaven. Who wouldn't prefer the instant gratification of this world over the promise of a better life to come? We have a saying for this: "A bird in hand is worth two in the bush,"

For us Baby Boomers who so desperately need community, the church has not been a place of community. It has never accepted us as we are. This is the bottom line. One of my friends from the 1970's use to say: "Do not try to change me before you accept me. Accept me first and we can change together. “This is what community building is really about. Joining together with people where they are and then growing and changing together. The early church at first was reluctant to do this. Look at the Jerusalem Council in which Peter finally stood up for Paul who was out bringing community to the gentiles. Peter and James had to fend off the Jews who wanted to keep their community "pure and unchanged." Community always allows for give and take. It is not outsiders have to do all the changing, but community is about changing and growing together. Community is never about staying the same.

Community is always about the benefits too. The benefit for the church community is always spiritual. It is about discovery of who and whose we are which is a spiritual experience because it is about love, and love is a spiritual experience. It is what binds us to God who is by definition love. Love is the great benefit we receive in being a part of a spiritual community. Churches as spiritual communities should teach us about God's love, to love ourselves and others. This is where we are failing as a church. The first step in love is always getting to know others and accepting them as they are. Why aren't we able to do that fully? Isn't Grace about accepting the acceptance of God through Christ and beginning to get to know not only ourselves but God fully?

Intentionally, I have avoided talking about how Older Adults often feel left out of the community we call church. That would be too threatening for the church. and for many of us boomers. Older adults have changed from what they once were in time. Other adults have trouble accepting them because they have become different. Baby Boomers because they were different than the expectations their parents had did not feel accepted way back when so have avoided the church like a plague. Yet Christ taught those who were devoted followers and disciples over and over again about community building.

Here is a summary of some of the lessons Christ taught. (1) He accepted folks where they were and did not condemn them for their differences, e.g. Levi the Samaritan women at the well. (2) He did not wait for someone to come to him or even change before he brought community to them, e.g. Levi, the tax collector. (3) Mega groups were fine for him, because he learned to emphasize co-dependency, e.g. the feeding of the 5000 where the food continued to be passed from one person to the next until all were fed, i.e. meaning a person depended upon someone in the group to pass them the food and all depended upon Jesus.(4) No one in the group was better than anyone else- enough of keeping score, having hierarchies, or pitting group against group with a zero sum result and everyone was equal i.e., Christ's answer to John & James mom's dream for her sons to be Christ's favored disciples. Everyone must share the benefits or no one gets the benefits. Likewise in burdens. (5) Community is given to be shared with others, i.e. the sending out of the 100 and the disciples into all the world. Community is not accumulating those who resemble us into our groups. (6) Community is about Spirit. That is why the Disciples were a group until Pentecost and a community afterward. The Holy Spirit poured out helped the followers see that they were first and foremost spiritual beings. and (7) finally, community is intentional, and roles were not chosen but were ironed out for the group over time with each person being sent by God to the entire group.

Indeed, it is my belief that Baby Boomers are a group which God is sending to the church intentionally for us to learn to be in community with. Just as I believe too are the LGBT community, the conservatives, the liberals, and yet undiscovered groups.