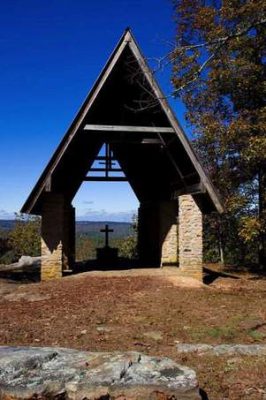 Five years ago there was a very popular movie, a chick flick based upon a best-selling semi autobiographical novel, entitled Eat, Pray, Love. It chronicled a middle-aged woman's post divorce journey to try to find herself, to find spiritually healing. Her pilgrimage took her to some unusual places and introduced her to new friends. She learned a lot about her world and herself during this journey. In the end she discover what it means to be nourished more than physically in Italy, what it means to really pray in India,,and finds lasting love in many forms in Bali. The title Eat, Pray, Love, comes from these discoveries.

Recently, i had a meaningful journey of my own in the 5 Day Upper Room Spiritual Academy. My journey was to Camp Sumatanga a brand new place. Every year there are both 5 day and 2 year Academies offered there because this was the sight of the first Academy ever held outside of Nashville and the Upper Room. The Academy was an idea of Danny Morris and other staff at Upper Room Ministries, as a place to study and explore spirituality. It is built upon the idea that the rhythm of monastic life and the study of the academic world can help reignite the spiritual life of those who participate. The original academies were 5 day but many participants hungered for more directed and deeper study and so there is now the longer two-year academy which focuses not only one skill or theme of spiritual life but 8 inter-related ones in the 8 sessions. Think 8 different - 5 day Spiritual Academies.

The theme of my 5 Day Spiritual Academy was Praying the Psalms. I thought I knew a vast amount about the Psalms, and had courses in seminary about the Wisdom Literature (the Psalms are a part of this section of the Bible) and one course on the book itself. I had used the Psalms for sermons, did exegesis (back in the dark ages when I still had a command of Hebrew to translate them for myself), and had been a part of numerous Bible Studies in which we analyzed every single word of the text. I discovered one simple fact. I even could cite chapter and verse where the Psalms were sung or quoted in the New Testament, including by Christ on the cross when he yelled out to God (Psalms 22), Why have you abandoned me." But I discovered I didn't know jack, because i did not know how to sing the Psalms!!! The Psalms are a collection of songs, the song book of the Hebrew people. I also had not learned that it could be my songbook too. So the Academy taught me to sing.

In the academy I really learned not just to say or sing the Psalms but to SING the Psalms. In other words to join the song of the universe, by singing the Psalms as a part of a community. The community of the Academy is obviously anyone who participates in the academy. Obviously, it was the fellow participants, like myself and new friends I made like Mike Lawler and former friends I had lost contact with previously but renewed a friendship with like Hunter Pugh. Btw, the majority of the fellow students were laity, many of them retired, and most were I would say over 50. It was also the Faculty of the Academy, Dr. Don Saliers and Dr. Roberta Biondi both of whom I already admired and had previously in seminary. Their lectures were captivating and mesmerizing, and I felt the presence of the Holy Spirit. The community was also the staff Kathy Norburg and Pat Luna that met every need so we could devote ourselves to spiritual rest, discovery, and learning. The Community was the facilitators of the Listening Circles, the peer learning groups, like Kelly Clem and David Warlick. But it was the folks who led us in worship, integrating our prayers and the Psalms into the spiritual discipline of 4 times a day worship. Beth Richardson a colleague from the Upper Room and Jennifer Roth-Burnette plus especially Don Saliers with the music and Fr. Andy Thayer, our Spiritual Director.

I learned to pray again. I think prayer had become something I did because I was expected to. I had been told I prayed well in the past. But I knew the truth. I could pray poetically. That is I could pray in ways which seemed majestic and beautiful for others, but often times though they were felt words, they were simply not heartfelt words from the depths of my being. This was the self discovery of the Academy about prayer and praying. I learned first that each Psalm was an expression of prayer. I learned they served as a language for my own prayers, and even to begin to write my own Psalms Prayers, using them as a model, and express things that I did not even know I was feeling in my soul. What's more I observed others doing the same. Their Pslams written from their depths spoke to my depths. I realized that God uses our words to God to speak to us.

To write our own Psalms, I learned a process that Roberta Biondi had used in writing "Wild Things" which chronicled her journey of caregiving and saying goodbye to her mom, which were her Psalms in that moment. I also learned that to pray I truly need to begin in silence. There were 3 periods of silence everyday, the final one lasting from vespers til worship the next morning. I learned to treasure the silence because I learned to hear God again in silence. When i told someone this they asked, "and what did God say to you?" The answer was very simple. This is when God said, relax, trust me, you are ok. and I have all of this that you would like to worry about, so be at peace. I learned to take time and in short in the silence to breath. i learned to breath in and breath out, to take a breath., I learned to have a breath of fresh air. Which relaxing surely was.

Julia Roberts recognizes the gift she has been given of the experiences of her journey in finding herself and how it had changed her in the end of this remarkable movie. I now recognize why my older brother Dr. Richard Randolph and my sister Rev.Alicia Randolph Rapking, came back so excited and overjoyed with their experiences at Spiritual Academies and both hunger to complete two-year academies. The whole time as I traveled home I thought, I have to recommend this to Older Adults everywhere and actually to my Baby Boomer friends who are Spiritual But Not Religious. In the two weeks since attending this Academy, I have continued to allow for times of silence to listen to the songs of the universe and God in them, time to write my own psalms and allow my own words to be a voice of the Divine to speak to me, and to relax and be at peace. In short Sing, Pray, Breathe.