The way we talk about sin can be deceiving. Too often, we talk about sin only as a transgression against very large boundaries. For example, most people tend to relativize their “insignificant” sins against what they see as “weightier” sins of others. An illustration might be, “Well, I gossip quite often, but at least I am not a child abuser. Those folks are really bad.” Or “I am probably guilty of gluttony now and again, but at least I’m not morbidly obese.” Notice we not only relativize our sins, but we also focus on the actions or behaviors of others. 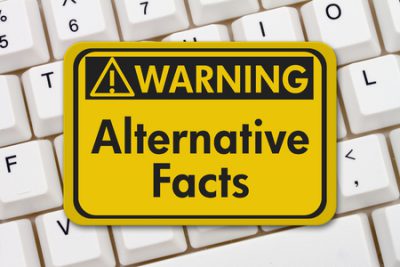 Part of why I say our talk about sin is deceiving is that it keeps us in the dark about the sinister nature of the human condition. The Christian church believes that we not only commit sins, (and yes gossip counts), but we all are stuck with the condition of sin. That is, sin is a condition we have, and from this condition flow acts of sin.

Given the depth of our condition, it is no wonder that we all have biases and assumptions that cloud our view of reality. The reality of our human condition, sin, means that we will never see things as clearly as we think we do.

The truth is, we all have a whole host of biases and assumptions, not to mention limited experiences, which filter facts. And gaining clarity about facts is probably more difficult than ever (see my blog Sarcasm and Watching Our Words about the use of exaggeration). Searching for facts on the Internet is made more difficult by algorithms that attempt to predict which perspective on the facts we’d like to hear from. Often, our conversation partners mirror our own beliefs. These and other factors make the simple act of getting the facts straight a crooked endeavor. To take all this a step further, if we receive facts that challenge our views, then likely the backfire effect will kick in. This means that while we might have a moment of hesitation, we’re likely to find reasons to hold more tightly to our prior assumptions. Thus in the end, even though the facts should lead us to different conclusions, our biased nature has resulted in deepening our previously held convictions.

Why am I highlighting something we like to discuss so little? Because our lack of awareness of sin affects how we think and how we talk to one another. “How does sin affect those activities?” you ask. And yes, you did ask. Just as Paul notes in 1 Corinthians 13:12, “now we see in a mirror dimly,” we likely carry around the delusion that we see the world as it is and others are biased or just have their facts mistaken. Thus, our starting point in most conversations is to try to help others see as “clearly” as we do, though we are failing to acknowledge the proverbial “log” in our own eyes.

Now more than ever we need to be in dialogue with other Christians, especially those with whom we disagree to better see the truth.

This might seem a little fatalistic. Will we ever be able to discern reality from “alternative facts”? One key to escape this trap is the good news that Christians are not called to certainty, but to faith. To be sure, we have truths and convictions we cling to tightly as Christians. But those convictions come from– and this is another key–the consensus of the community and not our own opinions and perspectives. Now more than ever (there’s that hyperbole again!) we need to be in dialogue with other Christians, especially those with whom we disagree to better see the truth. We are people of one loaf and one cup. That does not mean we all think alike, but the Table of our Lord calls us to love alike: “Do This in Remembrance of Me.”

How aware are you of your biases?

How might awareness of your biases improve your conversations?

Who do you need to be in dialogue with?