Discipleship Ministries | Seeing Red Cars - We Concentrate Upon Those…

Seeing Red Cars - We Concentrate Upon Those Things We Wee 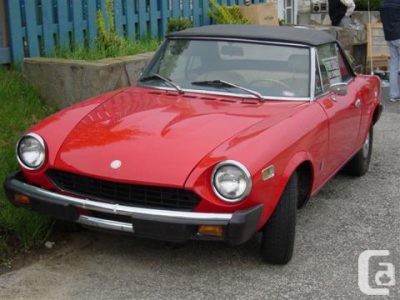 Earlier this month during a staff meeting we were shown an interesting video entitled "Seeing Red Cars." It was subtitled "Getting More of What You Want." It was produced by Laura Goodrich who is a life coach but produces filler motivational videos for the corporate world. It was a very great video which I resonated with very much making connections with Norman Vincent Peale's "Power of Positive Thinking," the Pseudo -Psychology of "The Laws of Atttraction," and SFBT (Solution Focused Brief Therapy). The point of this video is that many of us see what we focus on in our minds; if it is positive then it becomes an asset to us but if we focus upon negatives, such as fear, it robs us of some of our abilities. In this short video, the clip points out what happens when we have performance anxiety and fear, we have a self fulfilling prophecy with our fears being realized.

The reason this video, is important for us as we age and face life (notice I said face life not death and dying), is fear can become our reality. It can destroy our ability to be productive, to live fully, and to die well (read faithfully). When I served as a Hospice Chaplain in an earlier configuration of my ministry, I tried SFBT (Solution Focused Brief Therapy) as a tool with those who were actively dying and in their final months. I used this technique not because I really understood focus real well but because it seemed like something i could borrow (o.k. copy and steal) from another Chaplain in Pittsburgh. This other Chaplain had reported a reasonable amount of success with changing the final days of life focus from fear about the unknown, feelings of vulnerability and powerlessness in the face of the illness, and from how little time was left to how amazing the final days could become.

For those not familiar with how this therapeutic approach works, it is often referred to as "Miracle Day Therapy." Instead of focusing on the processes of the past and how someone came to be where they find themselves, instead SFBT focuses upon a client's future hopes, ideals, and goals. It focuses upon the past only to convey empathy for where a person finds themselves now and to align the client and caregiver in partnership to build the best future they can. Fear, as the opposite of hope is not part of the equation. This approach focuses on positive reinforcement and gentle re-framing of focus on how to get to the ideal. Occasionally, the therapist or care provider has to reinforce confidence and a little less often has to help break the goal orientation down to more manageable, realistic, and achievable portions. Once the ideal is established then the framework begins to be built so the focus is upon where the miracle or ideal is already present in life and how to have more of it daily.

Back to my experience with it. I was blown away by its success with the 2 persons who allowed me to use it with them. One of them I am really indebted to because he would push me to apply it to my own life. He would say to me,"Are you doing this too." Tich Nhat Hahn, speaks to going through many practice symbolic deaths in life. He called them "near Death Experiences." A person goes through a divorce, it is symbolically a death, loss experience for us. We lose a job, it feels like we have had to let go of our lives. What if we focused not upon the fearfulness of not knowing what is out there? How would that look? Can we describe what is over the rainbow after death? See I am doing it with you already; I am also doing it with myself.

This is what we as disciples of Christ are suppose to give the world. The ability to see beyond loss, suffering, and death. We are those who can picture this for others like a chaplain or therapist so they can focus about what is out there waiting on them, not with fear and dread, but with wonder, and faith. It is important that this becomes the focus of us all, not just our clergy but our laity. This is thet Easter we will be journeying towards soon-- it's really about, imagining what is over the rainbow, and practicing the walk towards it.

As a church, however we often convey the same fears about death and failure, and concentrate upon what is in the past, instead of focusing upon what God has in store for us. This is seen in particularly in our obsession upon the decline of numbers in the United Methodist Church. The bad news is that the more we focus upon the decline, the more decline we probably will experience. As our agency leader, Tim Bias, said "We can concentrate upon survival and survive in a form which is unfaithful. We can win the battle and ultimately lose the war." It is about focus. It is about focusing upon what the next chapter should and could look like with God's help instead of our fear of what it could be like. .

The problem for most of us, is seeing over the horizon ultimately comes down to letting go of what has been safe and where we are now, to climb the mountain, to see over the horizon. We have to become old women and men who dream dreams and young women and men who see visions of what is over the rainbow and able to lead others to see the same thing. Otherwise like in the video we will not see the beautiful red car we dreamed of getting anymore and instead be in fear it is like every other care out there so not able to enjoy it. Instead of seeing hope for our church we will see only dying. Instead of seeing possibilities we will see limitations. Instead of see Christ we will see nothingness. And instead of living, truly living out our lives, we will start dying now,because it is our focus.

This video makes a great point we should take to heart. Our focus is important. We should focus on our own miracle of resurrection and not of the process of getting there. One of the things we also did in the staff meeting was to focus on everything which was green in the room and then list them. Then in a twist we closed our eyes so we could not look around the room and then was asked to list everything red in the room. Of course from memory, there were a lot less items which were listed as red than green because after all we had been focusing upon green and often failed to truly notice the red. Focus is important. Focus upon God's goodness and you will actually see over the rainbow.